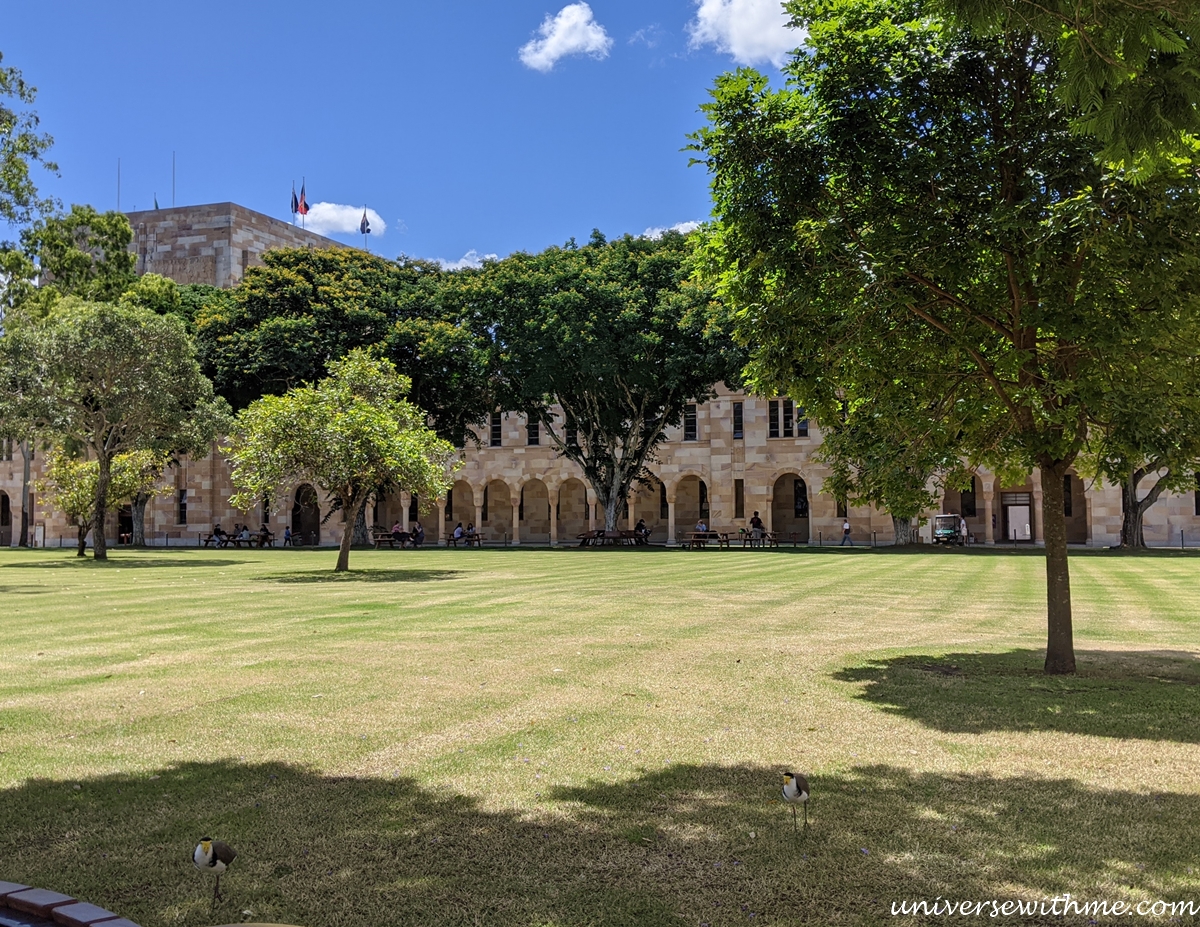 I decided to pause my trip and study app programming in Dec 2020. I went back to Brisbane from Sunshine Coast after stopping cycling to the north. I wanted to stay on Gold Coast but it was hard to find the house so I would stay one and half months in Brisbane first and see how it goes. 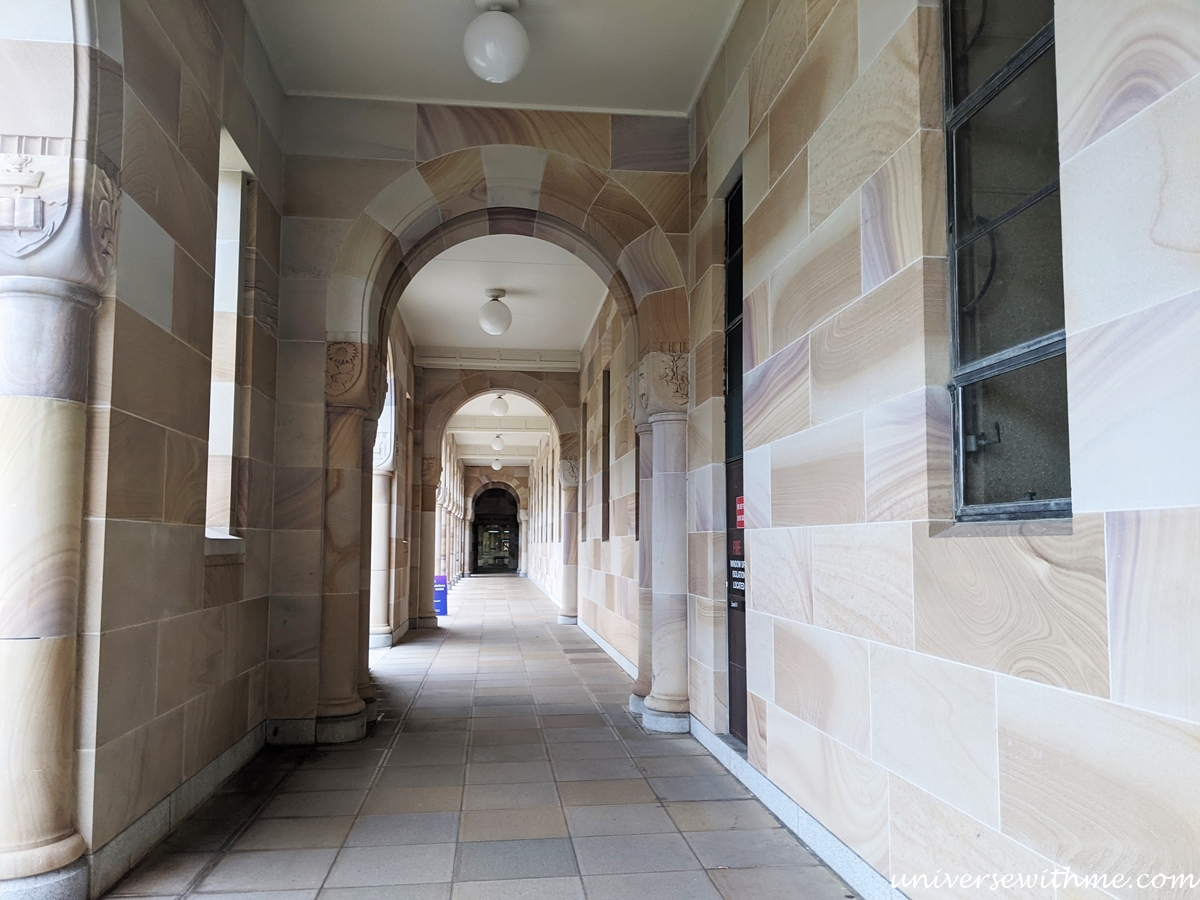 The campus was really beautiful. There was a good thing about the university of Australia and New Zealand that they opened the library to a visitor. 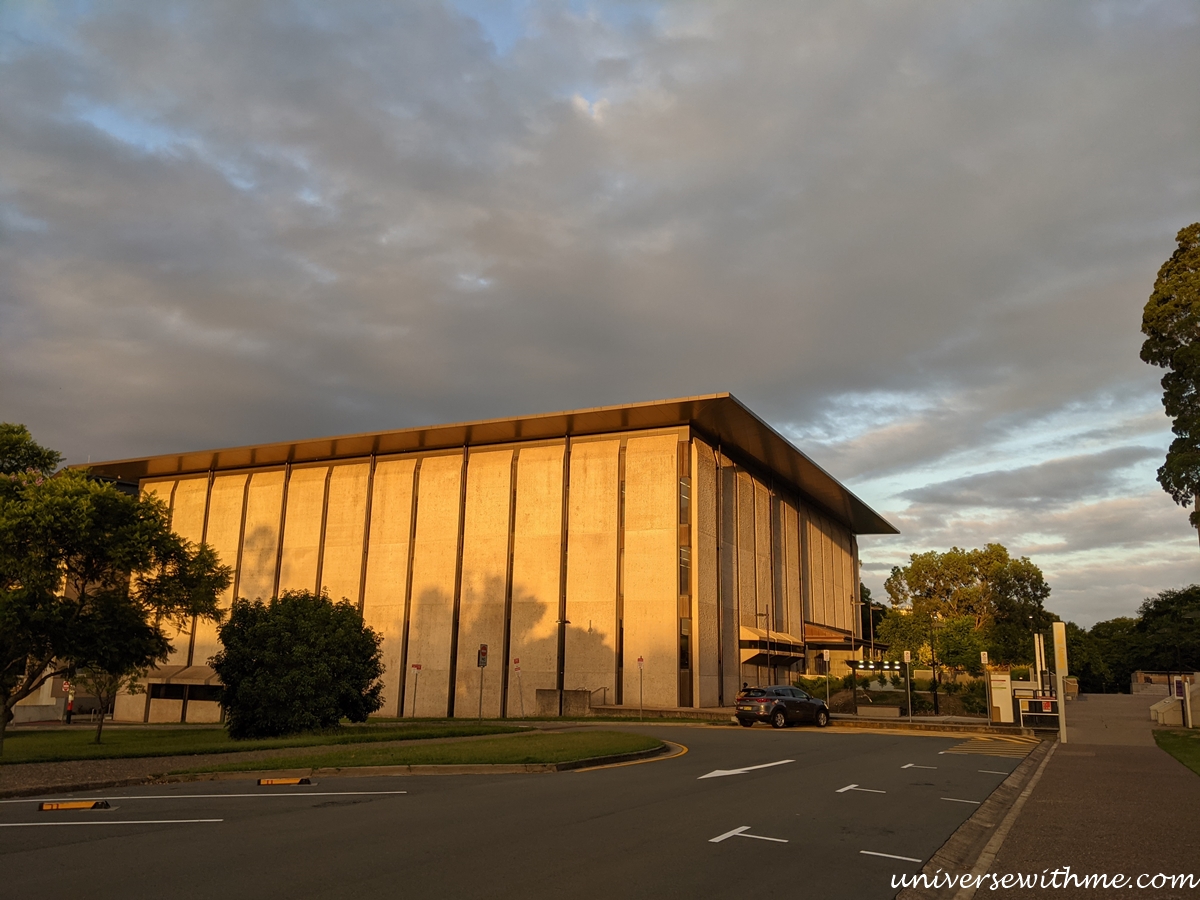 However, due to Covid19, some universities didn’t allow a visitor. But UQ(University of Queensland) was still opened. They had six libraries. And this was a central library. 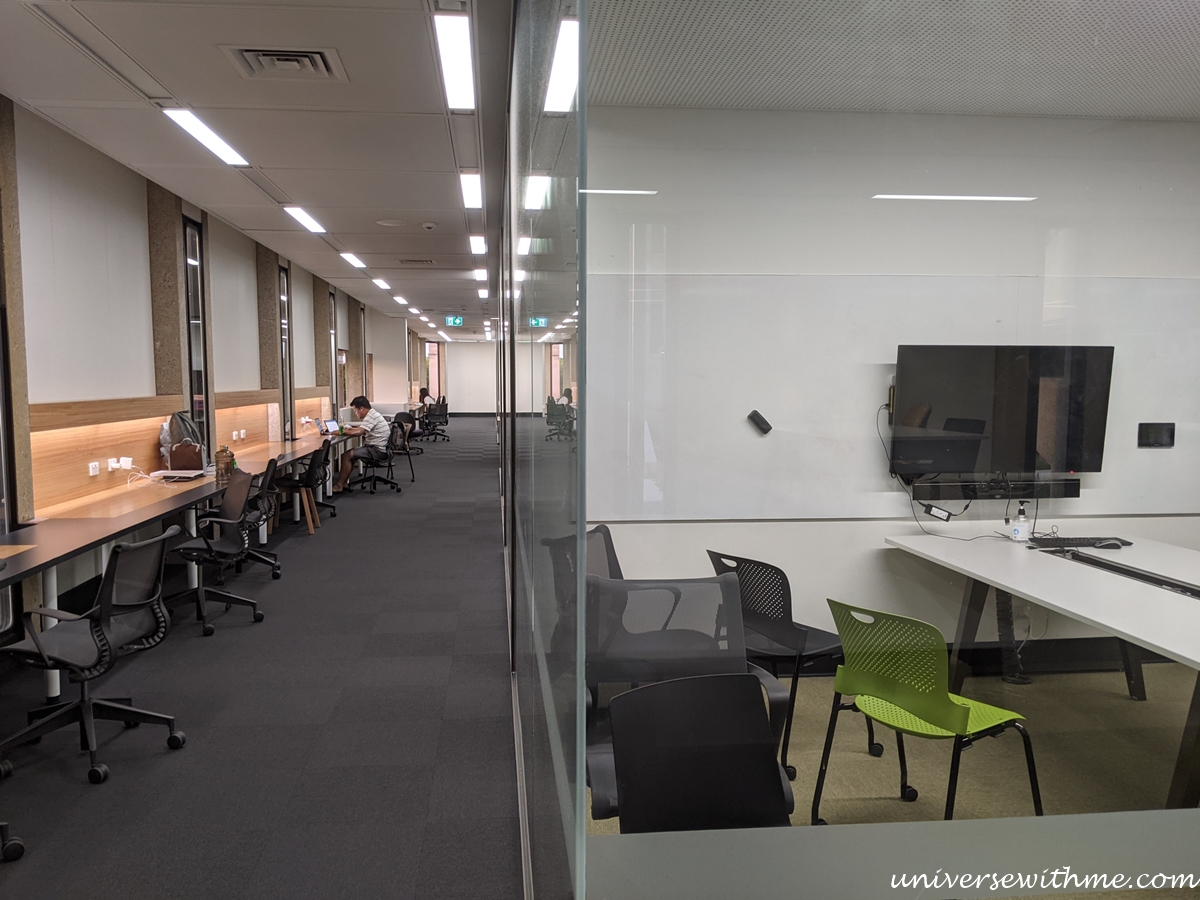 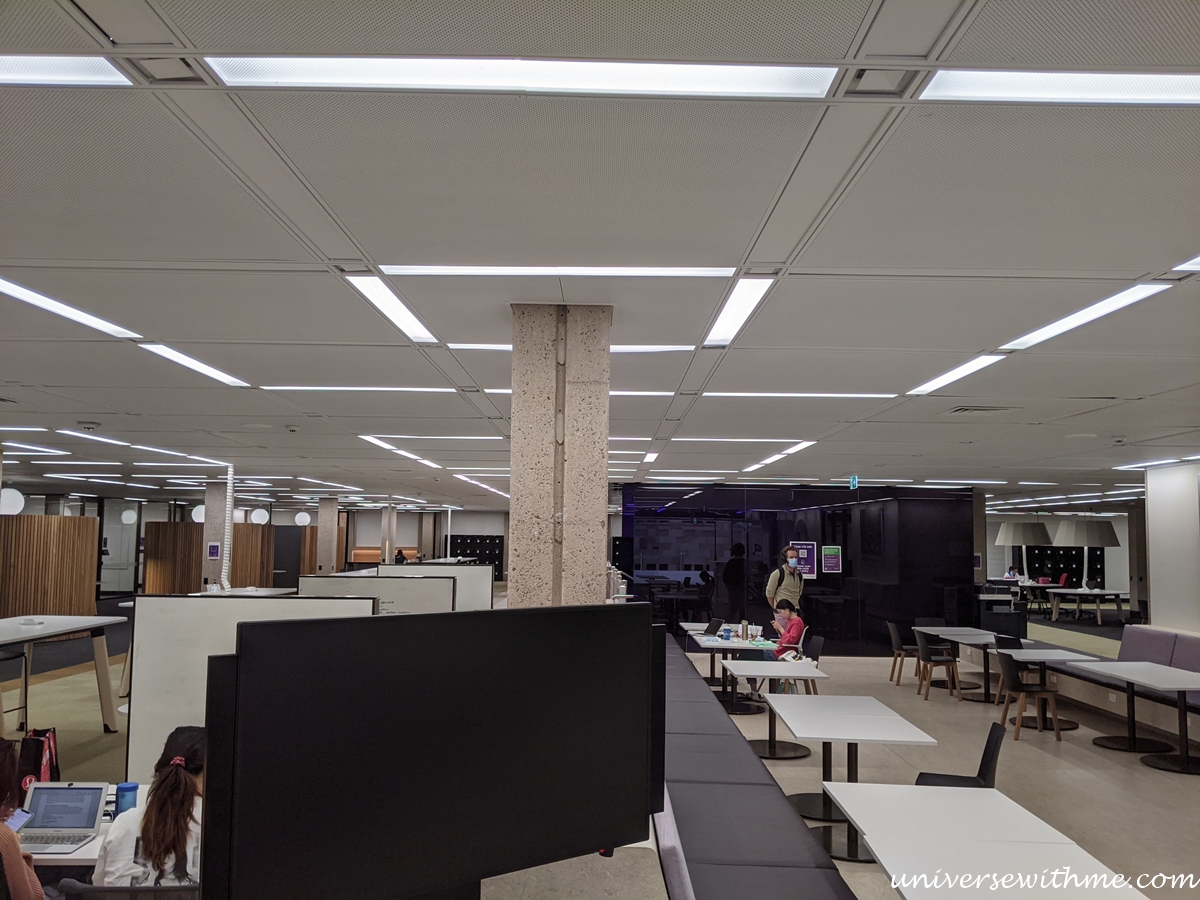 The first floor looked quite nice, but around 11 am, it became busy and noisy. 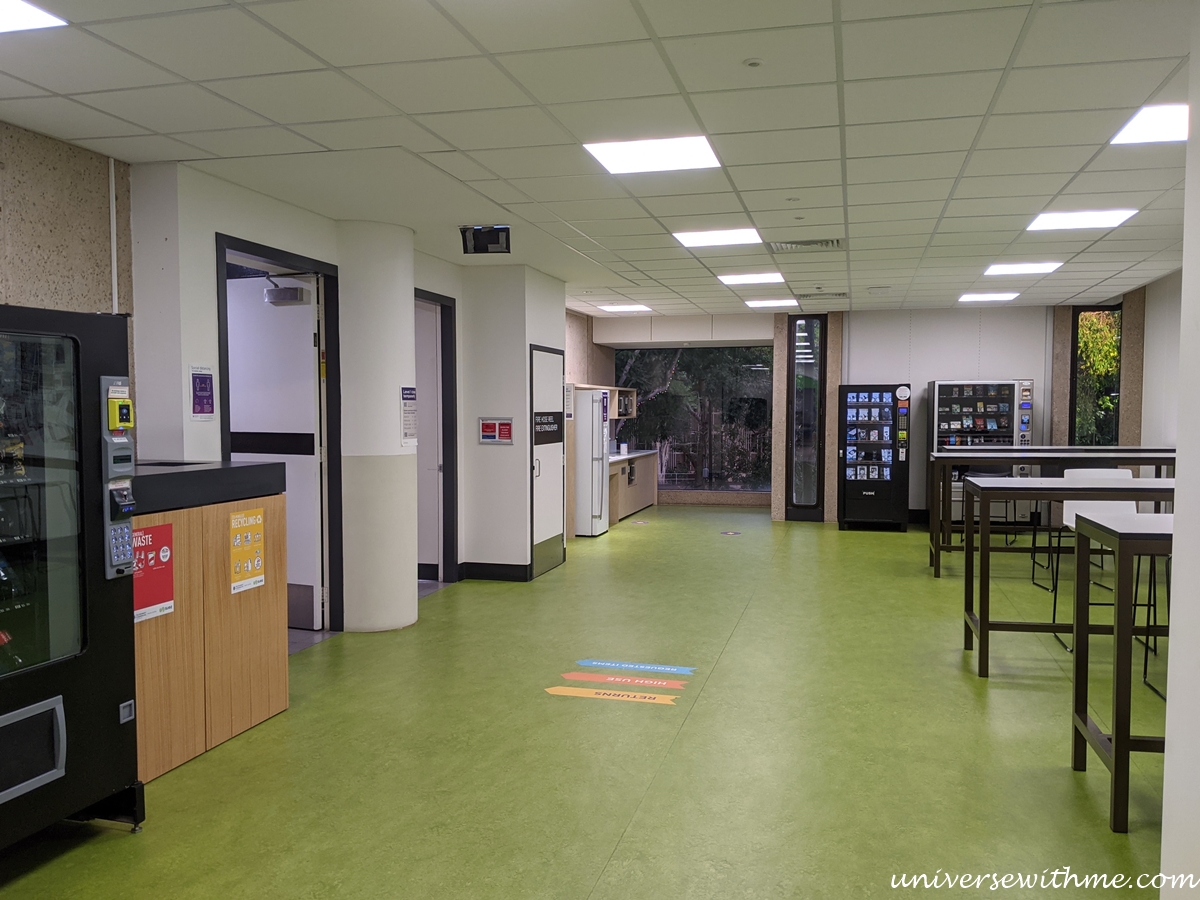 There was a fridge at the corner of the first floor. I just got a new habit that I cooked in bulk for one-week food to save time. Then when I came to the library, I stored it in the fridge and heated it in the microwave later. It was just the perfect place to stay all day for studying. Also, I felt safe leaving my laptop for one hour for lunch or others. 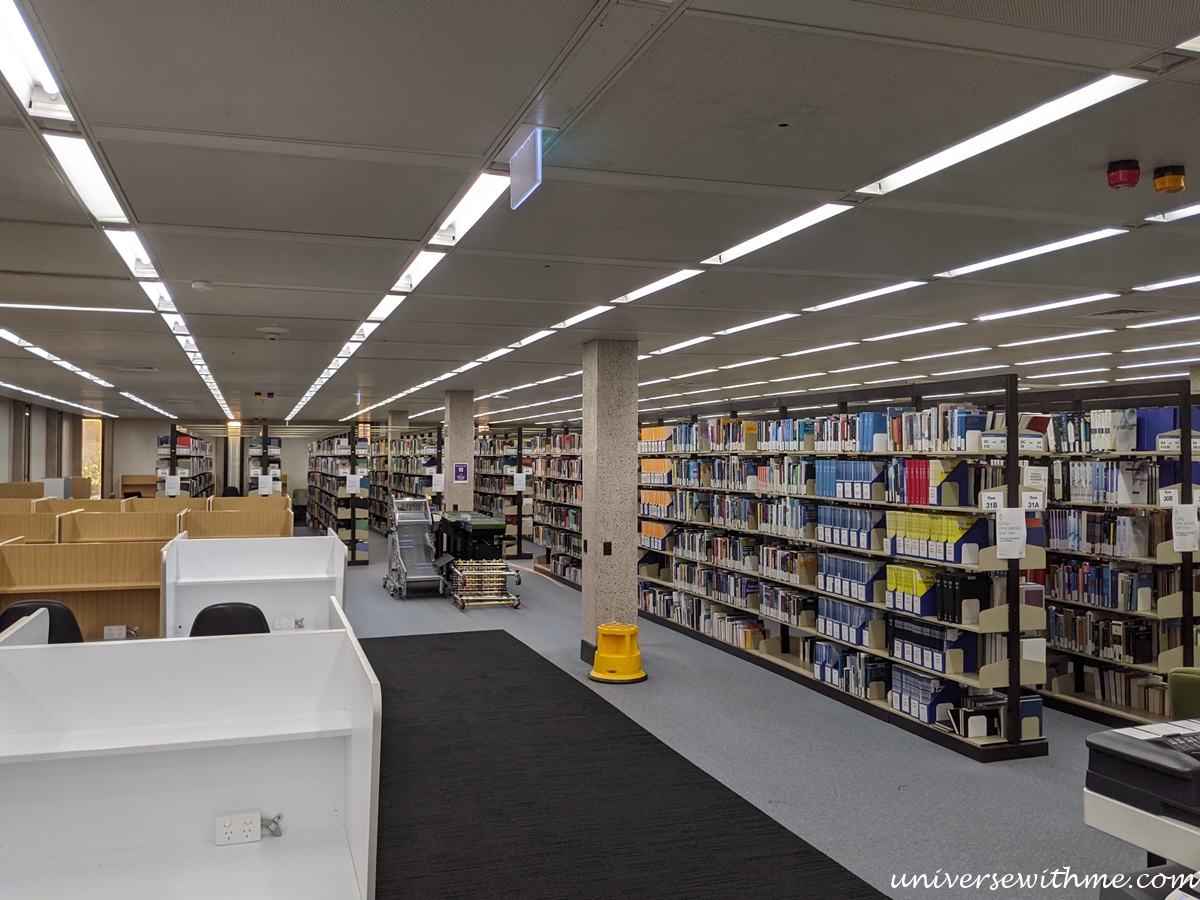 When the first floor became noisy, I went up to the second floor. This place was just so so with a bit old carpet smell. Moreover, I was easily distracted here because there were no people around usually. I did need someone to watch me make me feel shame if I watched random stuff on Youtube. 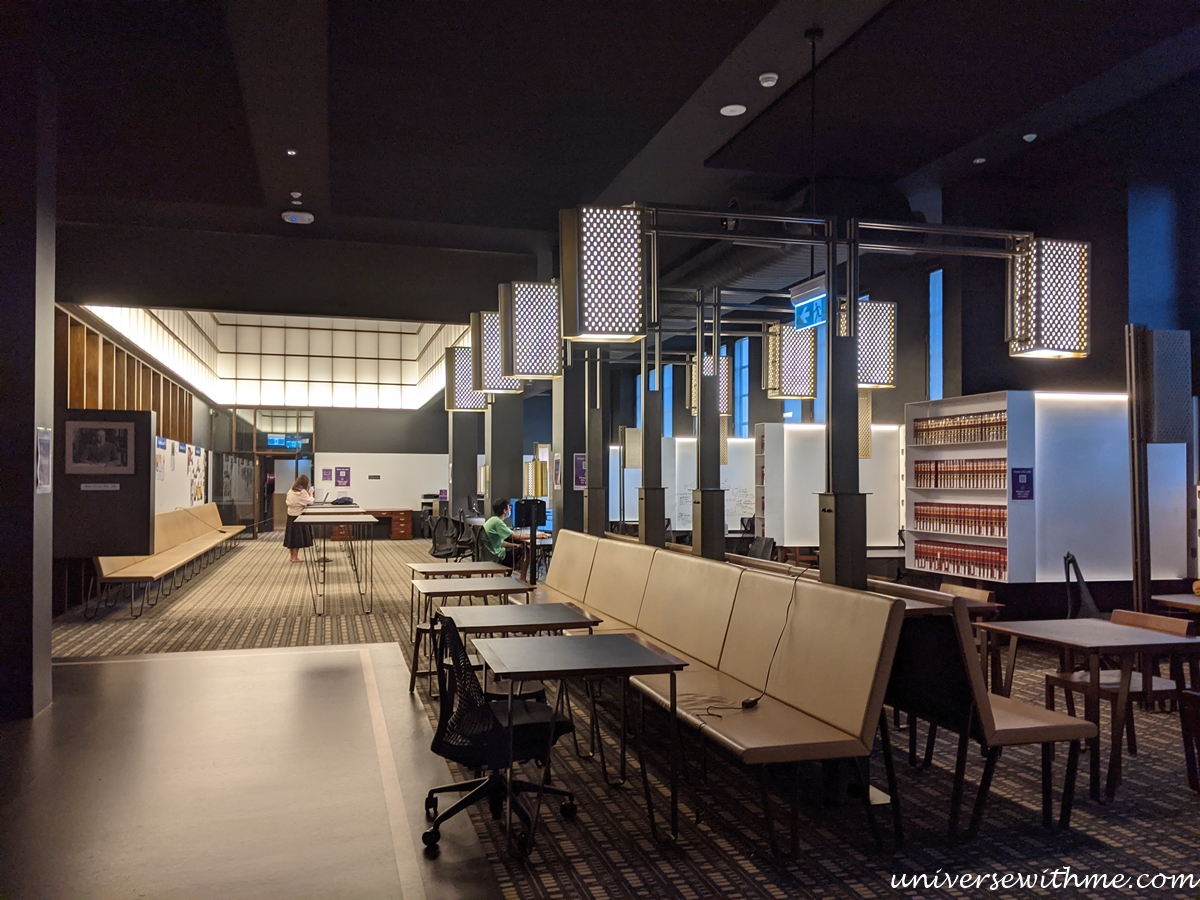 Law library was the fanciest place in UQ. 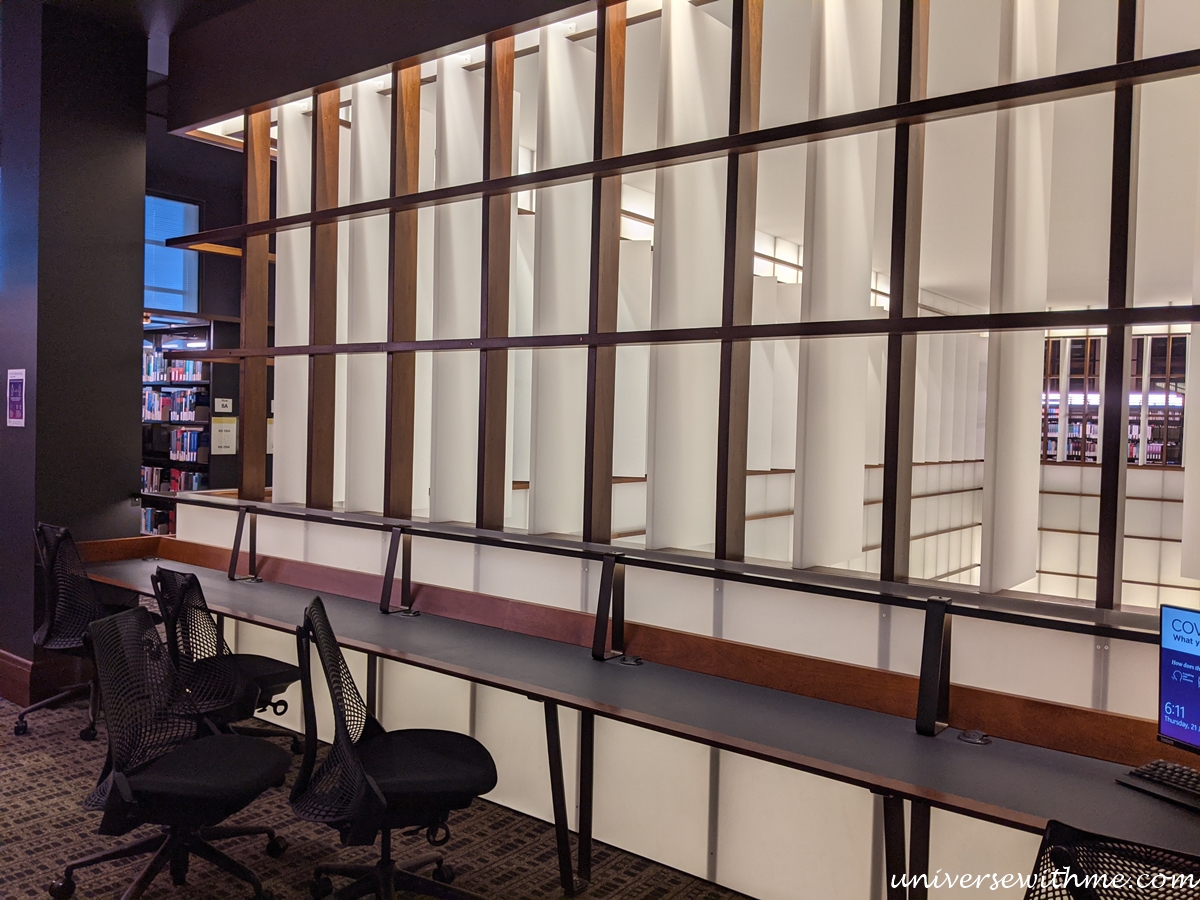 The second place was nice too, but people kept passing by talking that it was not a good place to study. 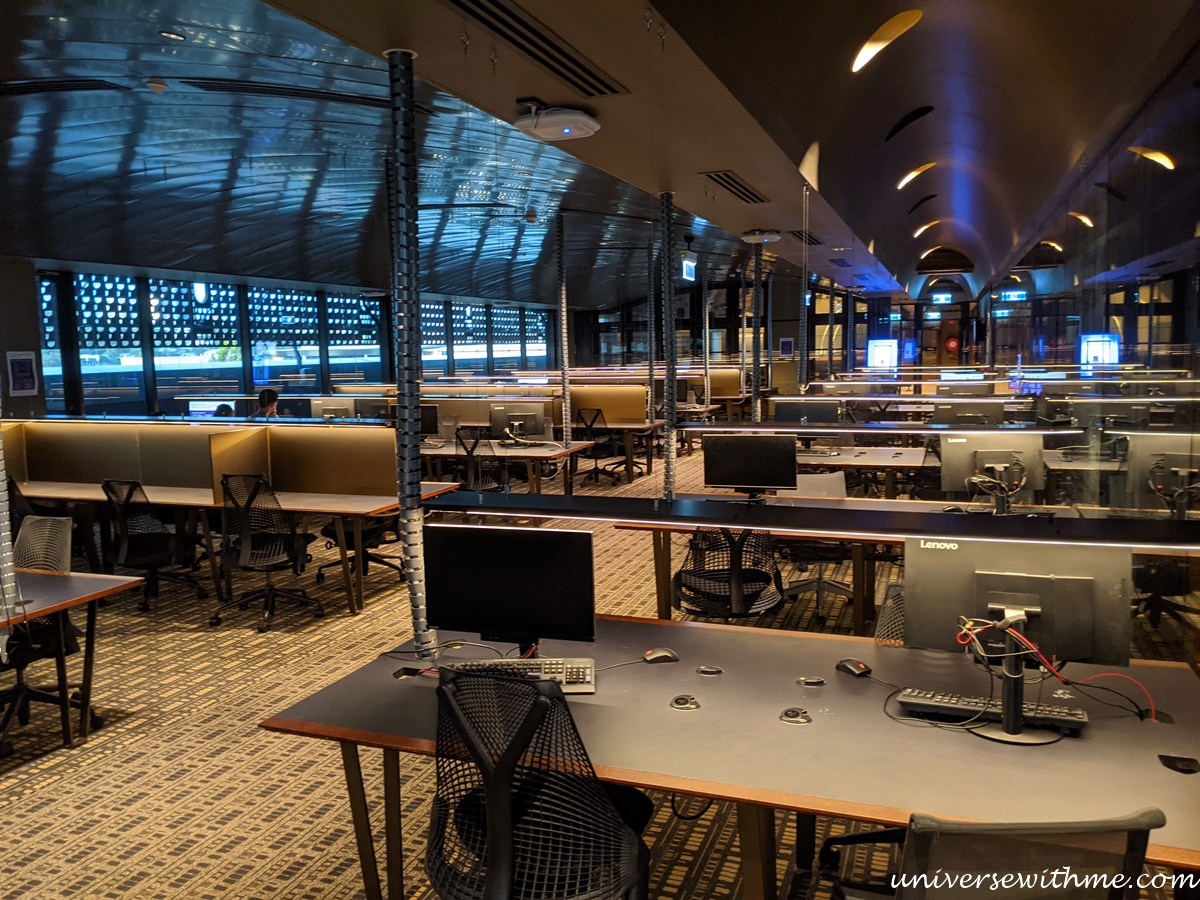 To me, the fourth floor was the best. It was quieter than other places. There were always some people whispering or talking loud from time to time.
Actually, I have had Misophonia which is a strong dislike or hatred of certain sounds like breathe, pen clicking, whispering, typing, and so on. Usually, I got so angry when hearing those kinds of sounds in a quiet place. I didn’t have any problem going to a loud bar, party, or club. I remembered it started when I was like 15 years old. There is no cure for it. I didn’t want to listen to music all day to block sounds cause it distracted me. So I bought a used noise-canceling earphone (Bose qc20) for $100. This helped to block whispering sound, but not loud talk. This was already helping me a lot that I loved it. 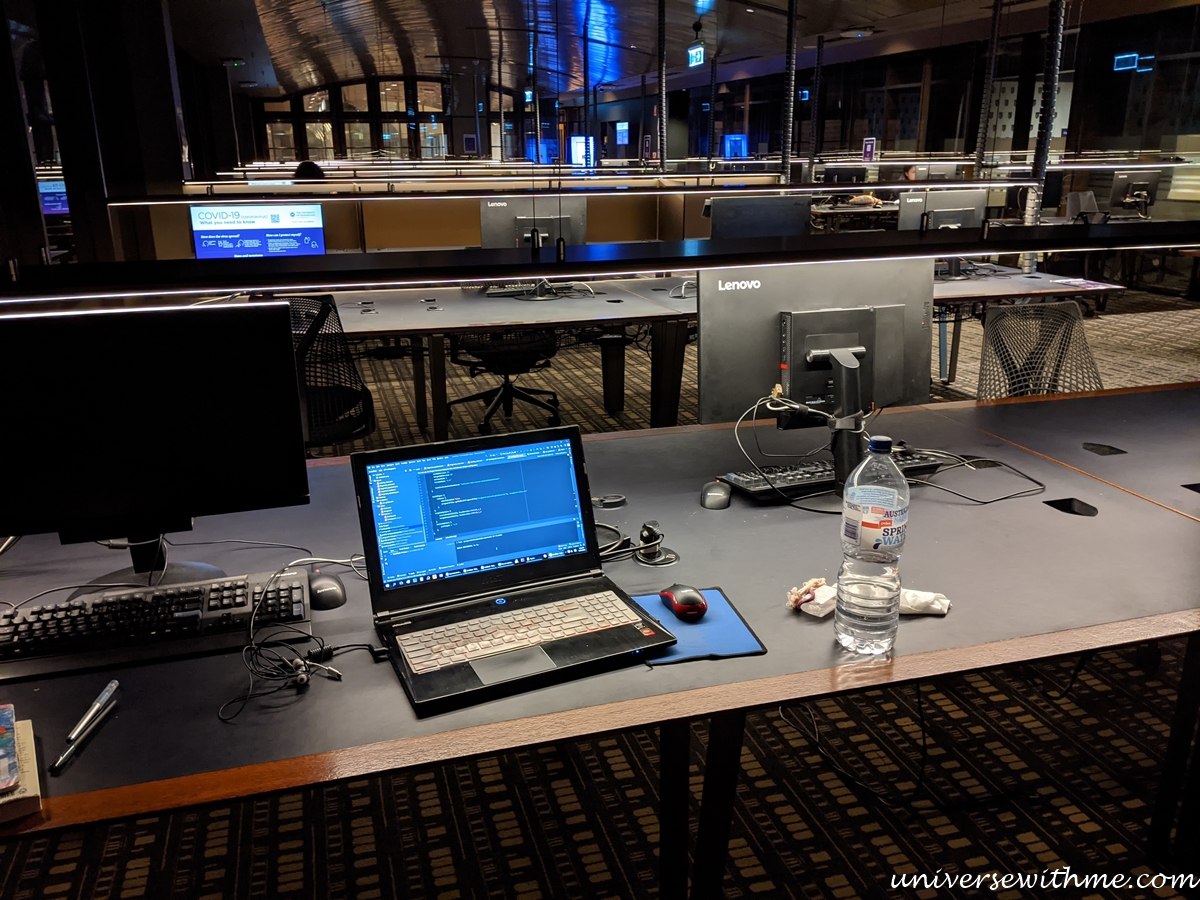 There was a very simple reason I chose to study Android Apps than iOS Apps. I didn’t have any Apple products. I can develop Android apps in Windows and Macbook. But I can develop iOS Apps only in Macbook. Also, it’s a totally different language than Android Apps. Once I start making the money from Android Apps, then I would buy Macbook and start studying iOS.
Android uses Java and Kotlin. Kotlin is such a new language compared to Java and Google strongly recommends using Kotlin. So I studied Kotlin like a month and I tried to make an app by following tutorials in Kotlin. Then I realized most of the open sources were in Java. So I gave up Kotlin and studied Java. But actually, sometimes I made apps with Kotlin if I found a good tutorial. (Both of them are quite similar) 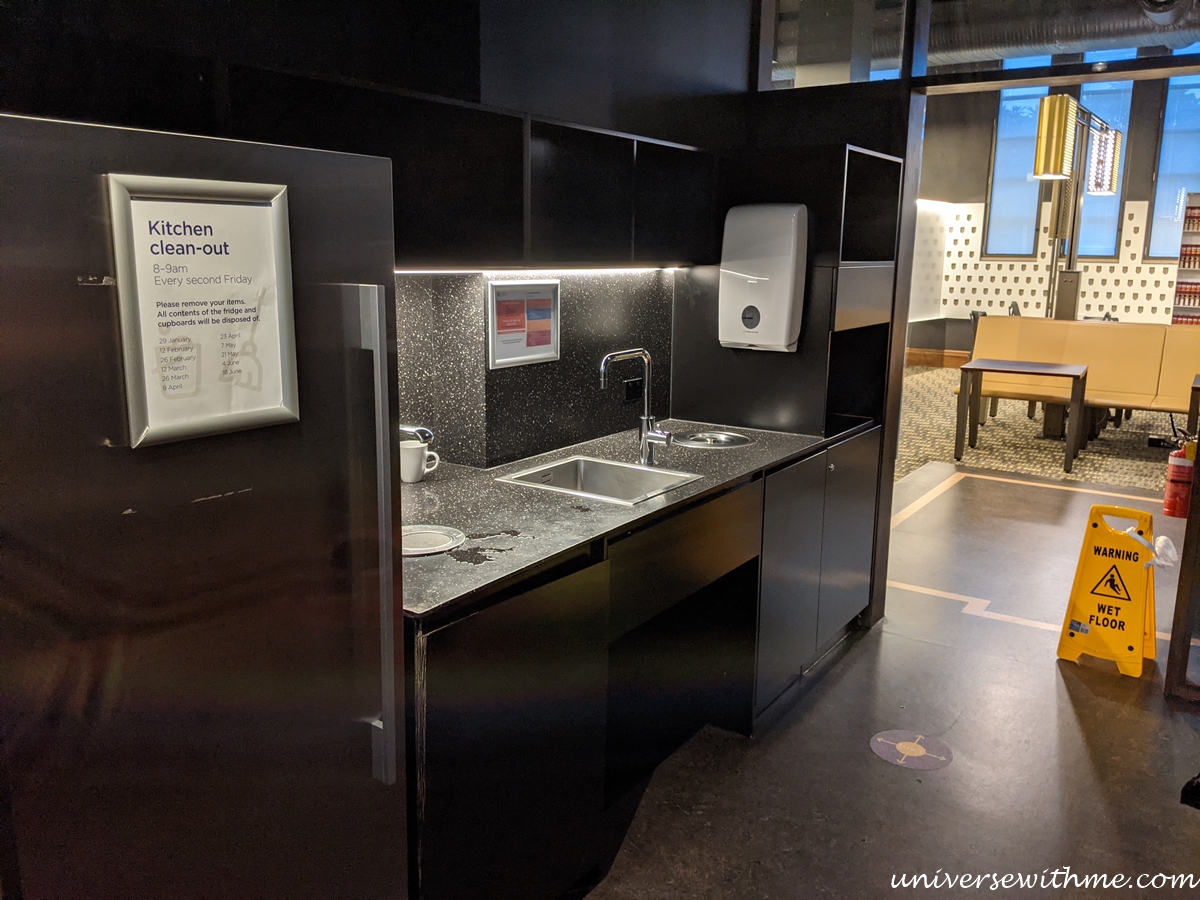 There was a fridge in a law library as well. But it didn’t have a microwave that I had to go to a central library to heat my meal. 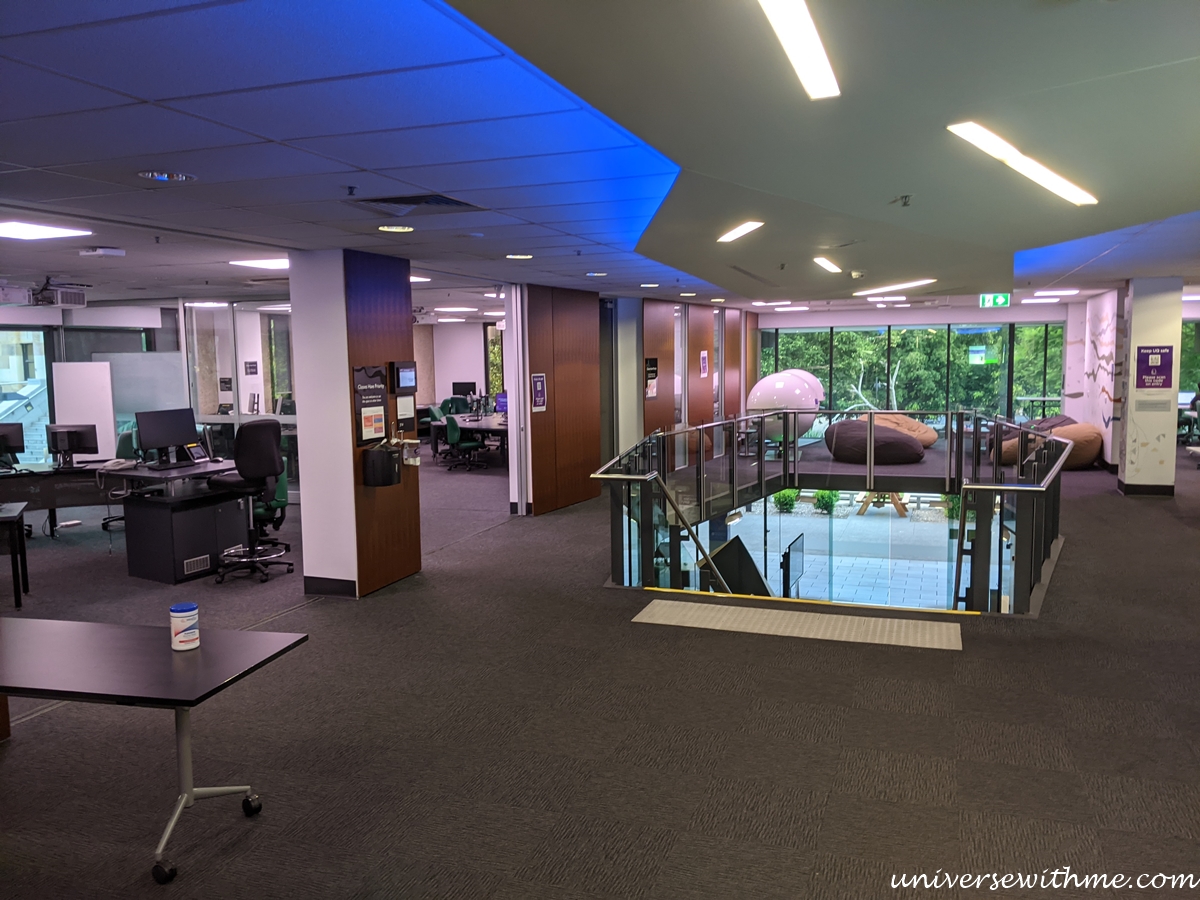 This was a biological science library. The first floor looked noisy that I had never studied there. The second floor next to the window looked nice. 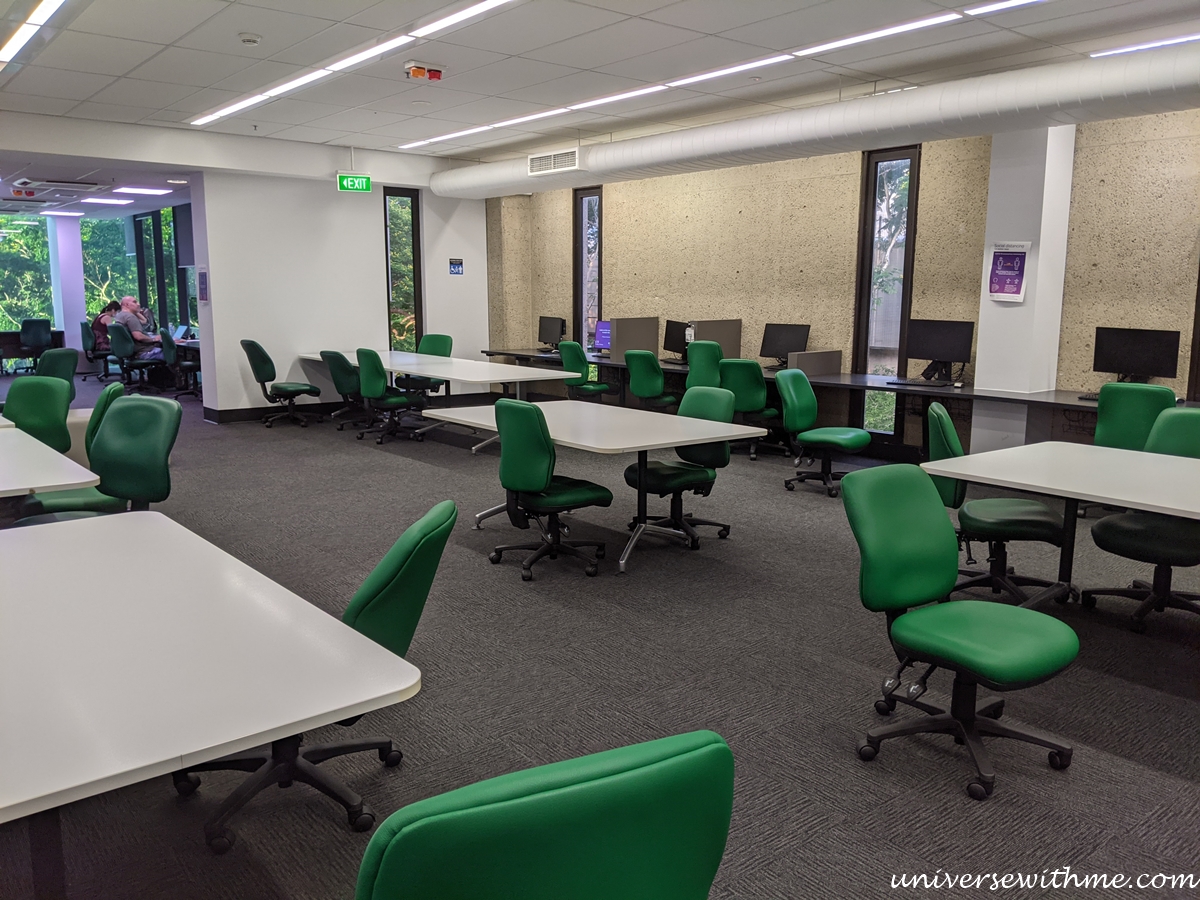 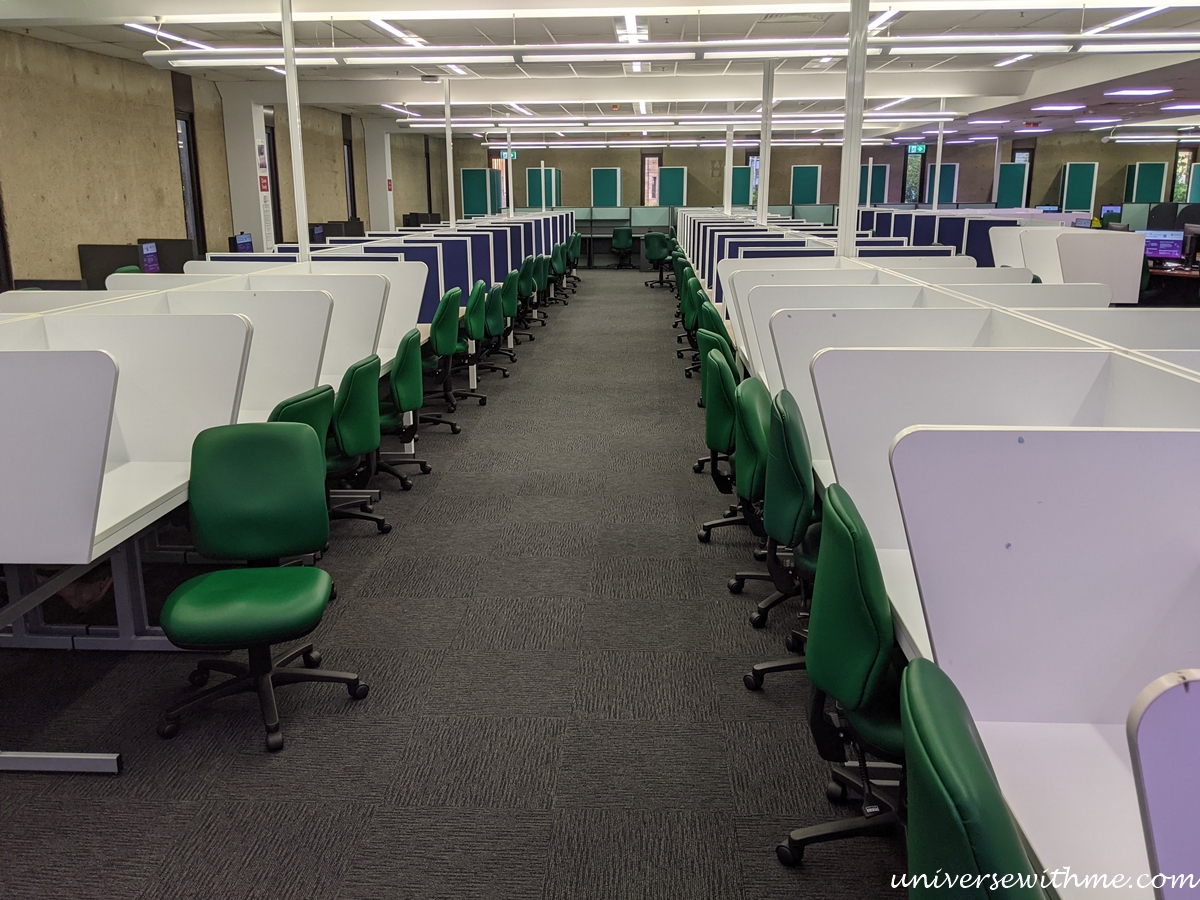 But this place was far from a fancy place unlike a law library. And oh the chair looked old. 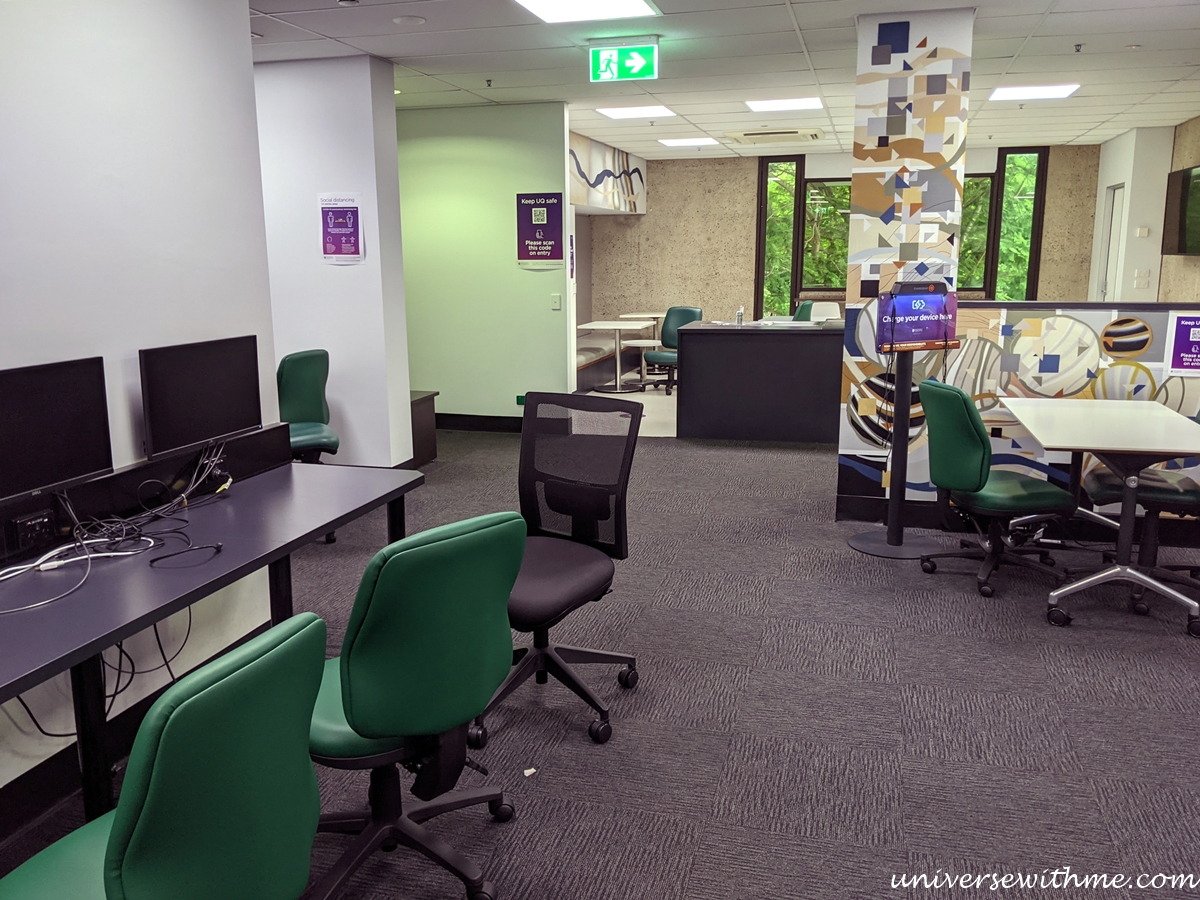 I did need a dual monitor to study programming. I had asked the staff and he told me I could use it on the second floor of the biological science library. But this place was just right next to a small kitchen where people ate food. Also, it was a kind of open place that people made loud noise usually. This made my Misophonia worse. I missed my quiet fourth floor of the law library. I had searched that I could use an old tablet as a dual monitor. So I bought a used iPad4. But the screen was too small and there was lagging. 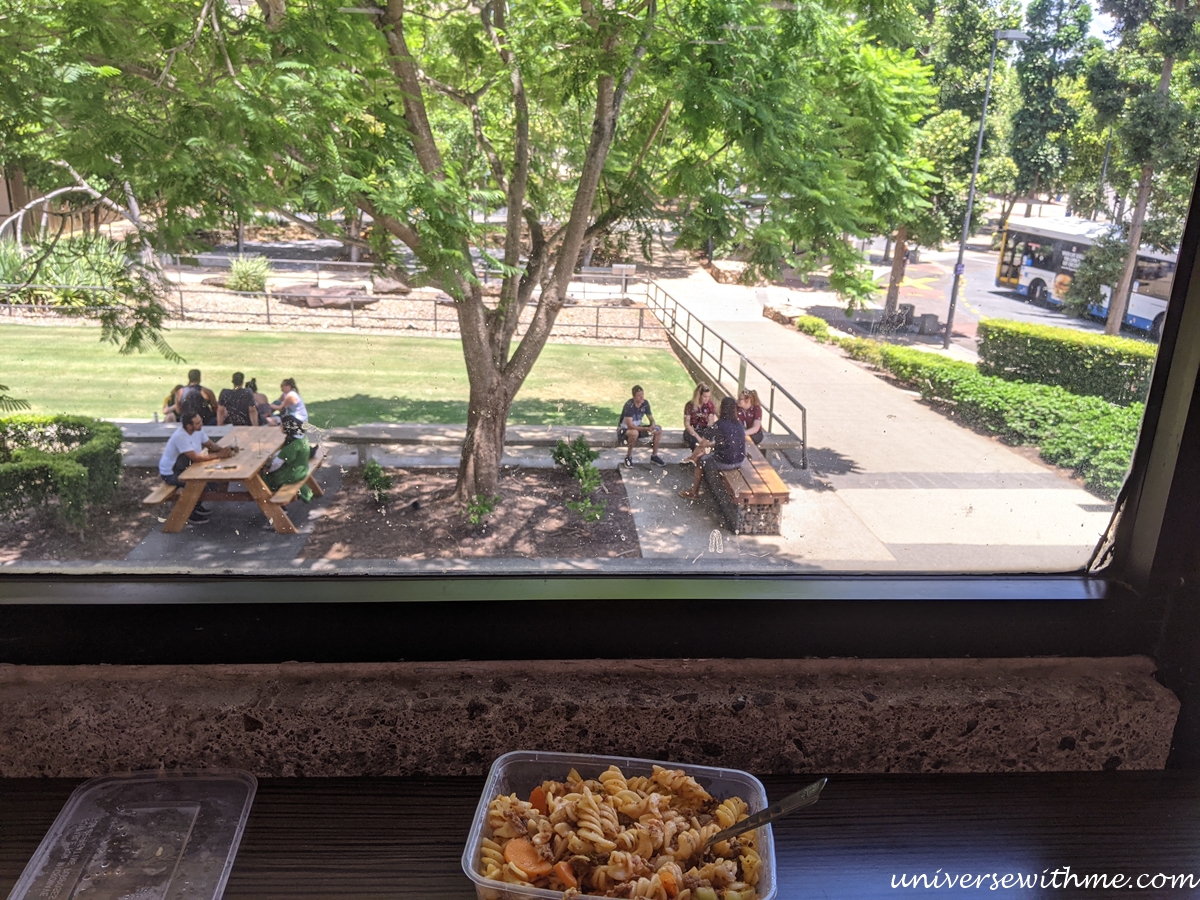 This was my most favorite place in the biological science library. The window was quite high that people didn’t notice I was watching them. I forgot that I used to love watching people at cafes when I didn’t have a smartphone before. 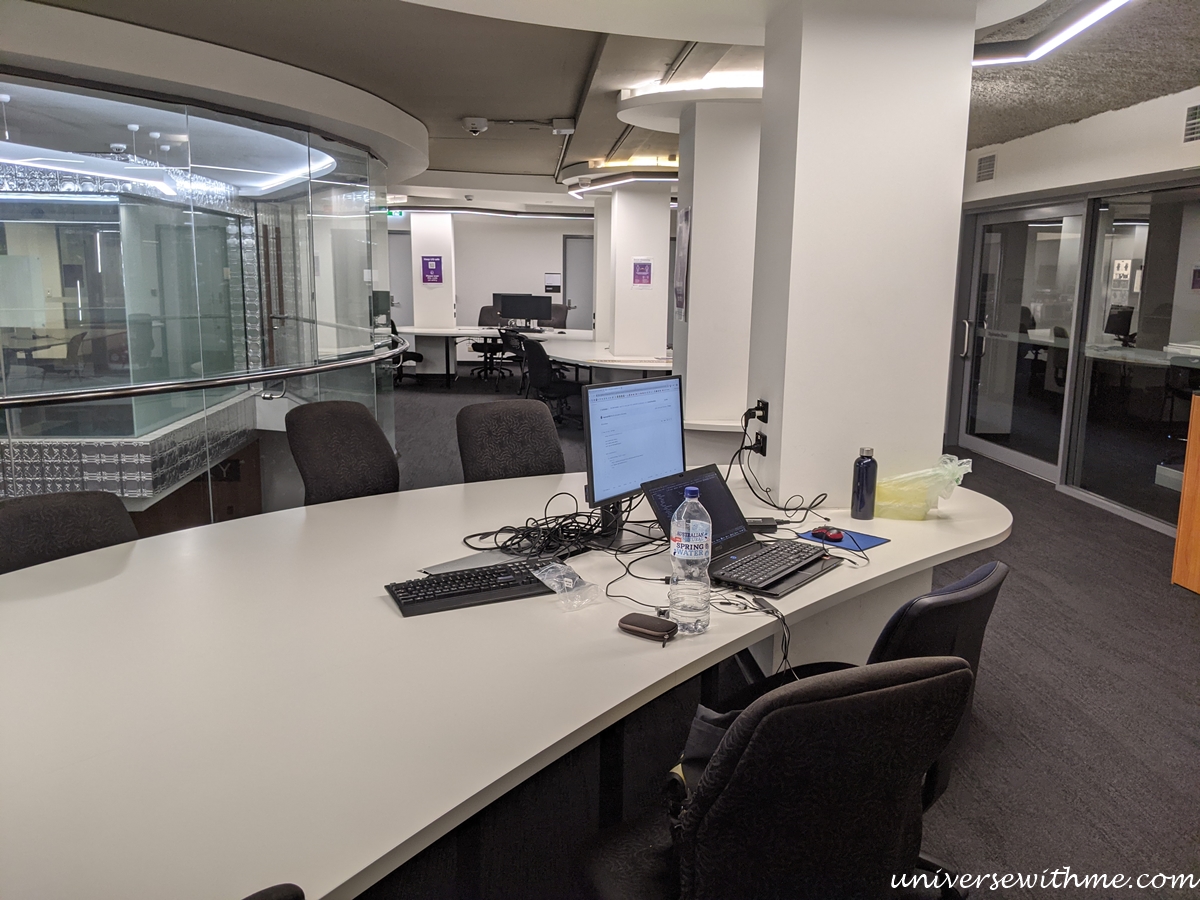 iPad4 was really not good for dual monitor. Then I remembered that the staff told me there was another place I can use a dual monitor; Duhig library. It was the fifth floor and very quiet as it seemed many people didn’t know here. 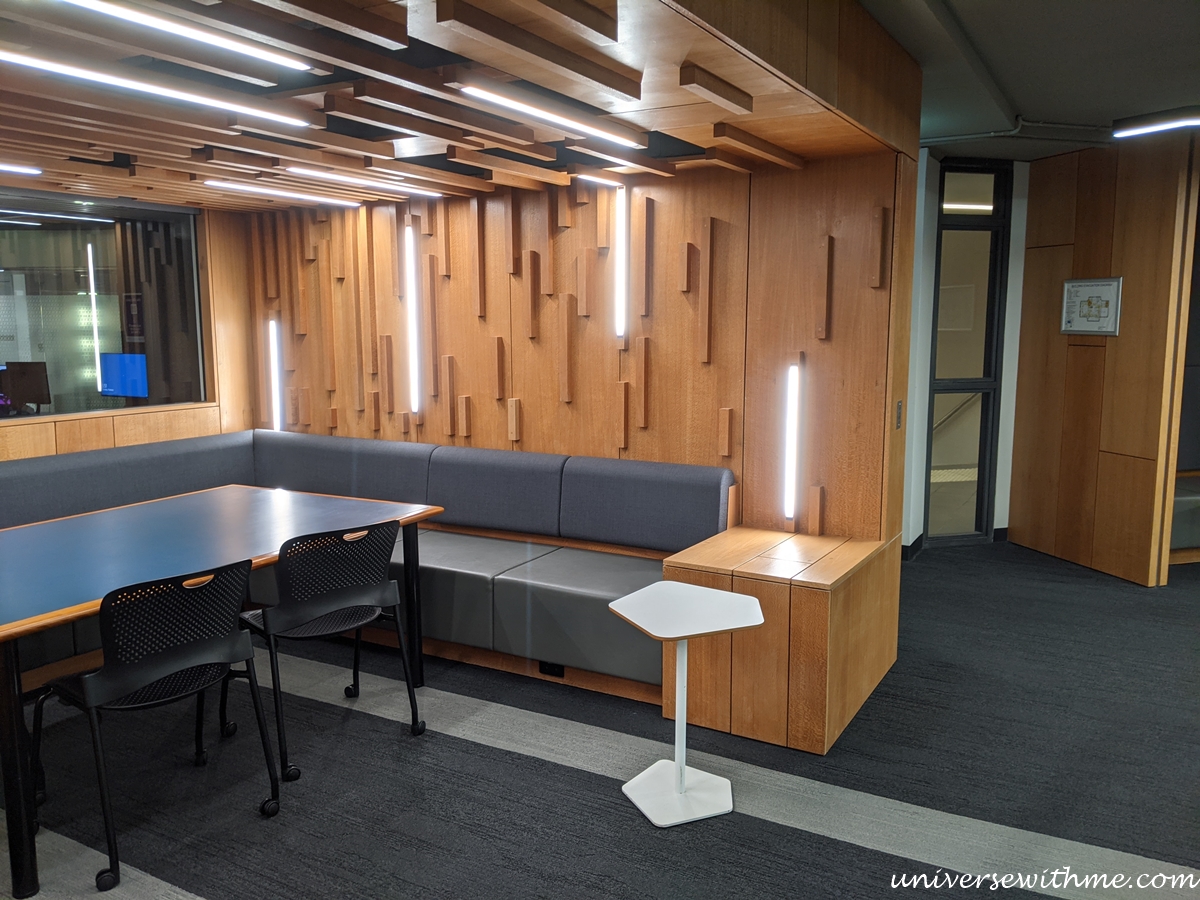 There were few quiet corners on the fifth floor but the monitor I could use was on the corridor. What a funny thing was that the loudest voice in any kind of public or uni library was always from the librarian. There was one room behind me in which staff came to work for a couple of hours. That was a noisy time but except that it was the quietest place in the whole library in UQ in my experience. 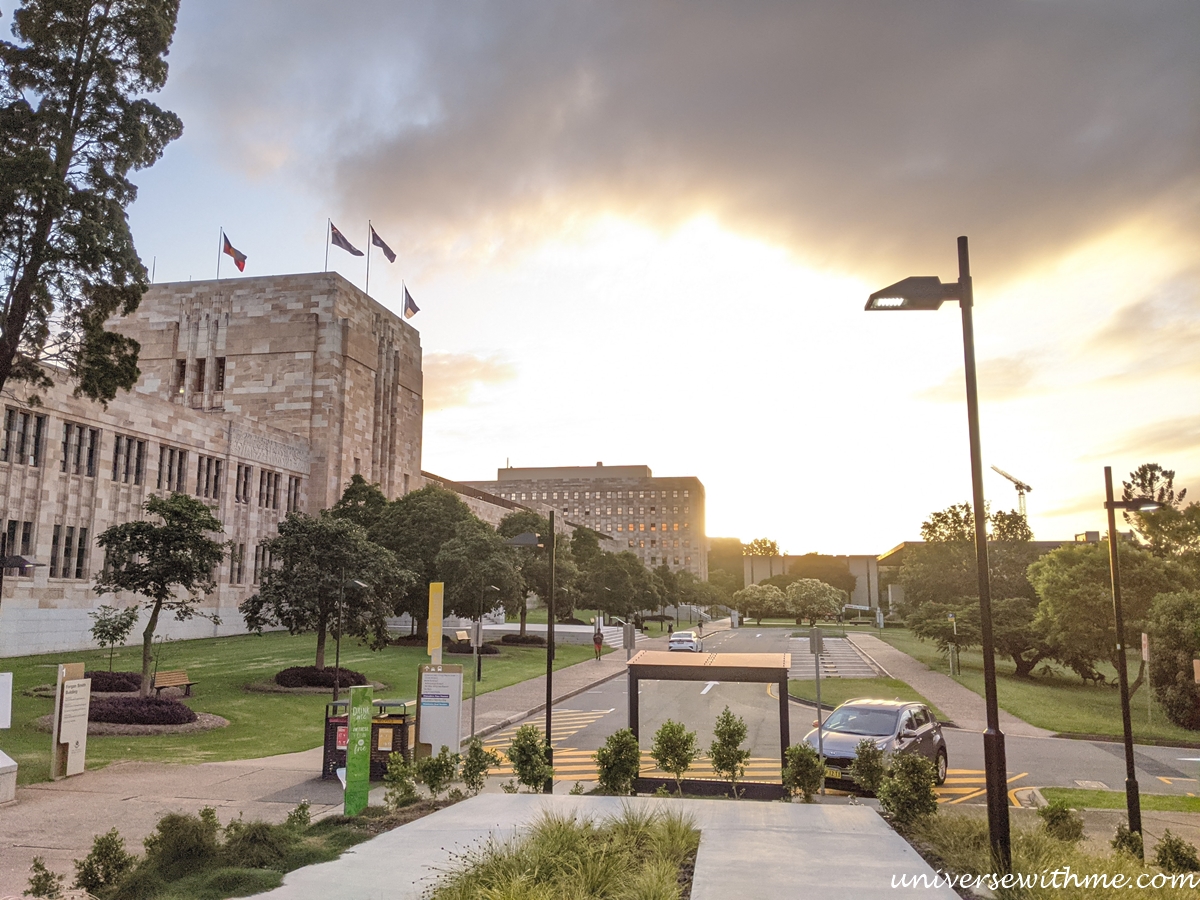 I got a special feeling about UQ later. I usually came at 7~8 am and left at 8~ 10 pm every day.
Unlike my expectation(?), I was really slow at learning programming as I didn’t know basic things even like println. I started doubting when I can make money through Apps and when I can make Apps I really want to build. But anyway, I was happy to find that there was something I like to do. 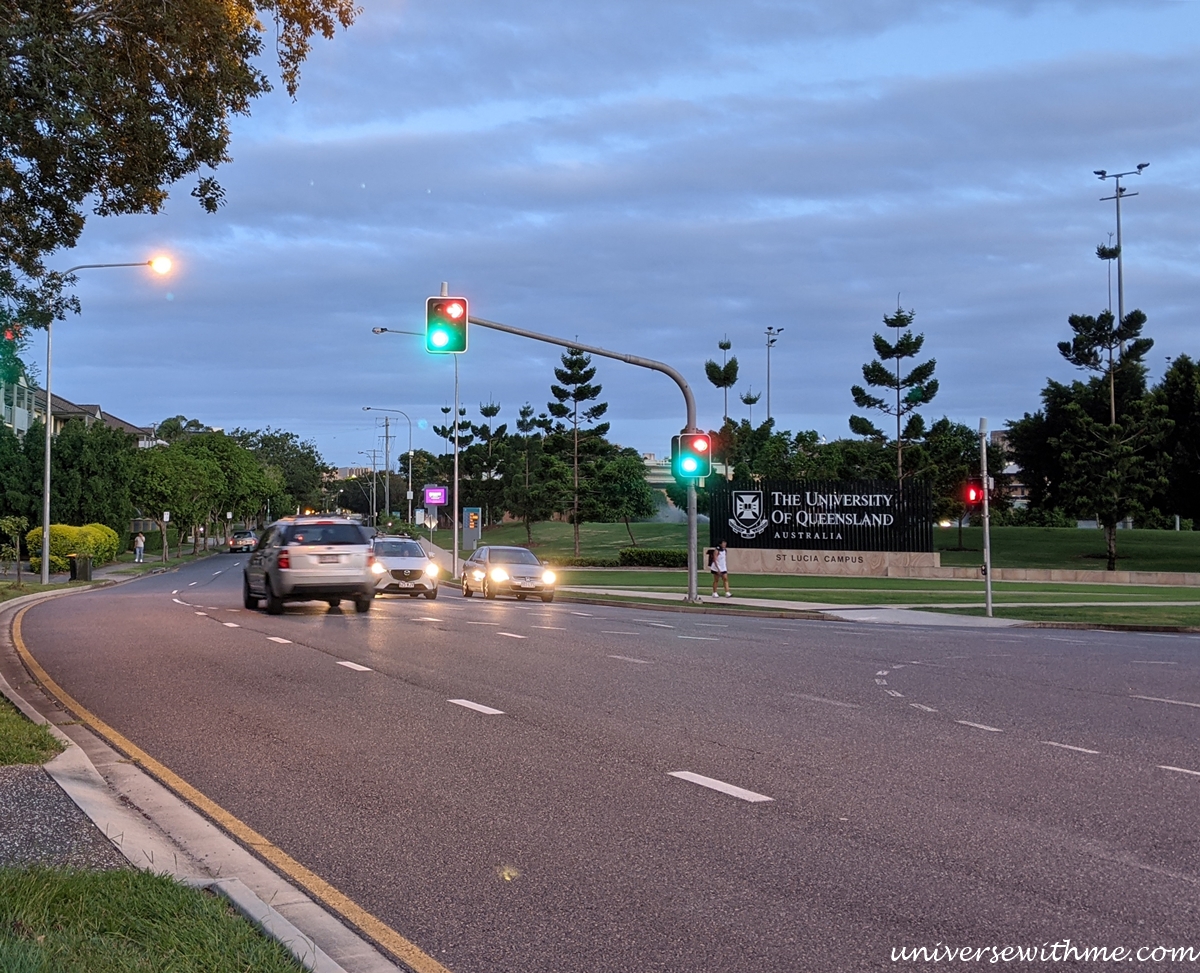 One day I researched about UQ and it was in the top 100 universities. So it was such a good motivation place to study. Every morning when I passed here, I cheered up myself.
There was no such a good library in Gold Coast. So I was thinking to stay longer in Brisbane. But the problem was I was too lonely. I was about to get over the depression that I needed to change the place to get a better feeling.
I might have to pay coworking shared office if I move to Gold Coast. But maybe it can be really noisy as it seemed they didn’t have such a digital nomad culture. It can make my Misophonia worst. But anyway I really want to move there to study, surf and get relax. So as my first decision, I would move to Gold Coast.
Bye Bye UQ! I loved you although you made me lonely.

(Australia) I am stuck due to Pandemic. Do I have to give up my dream now?