(Singapore) The last country of Asia 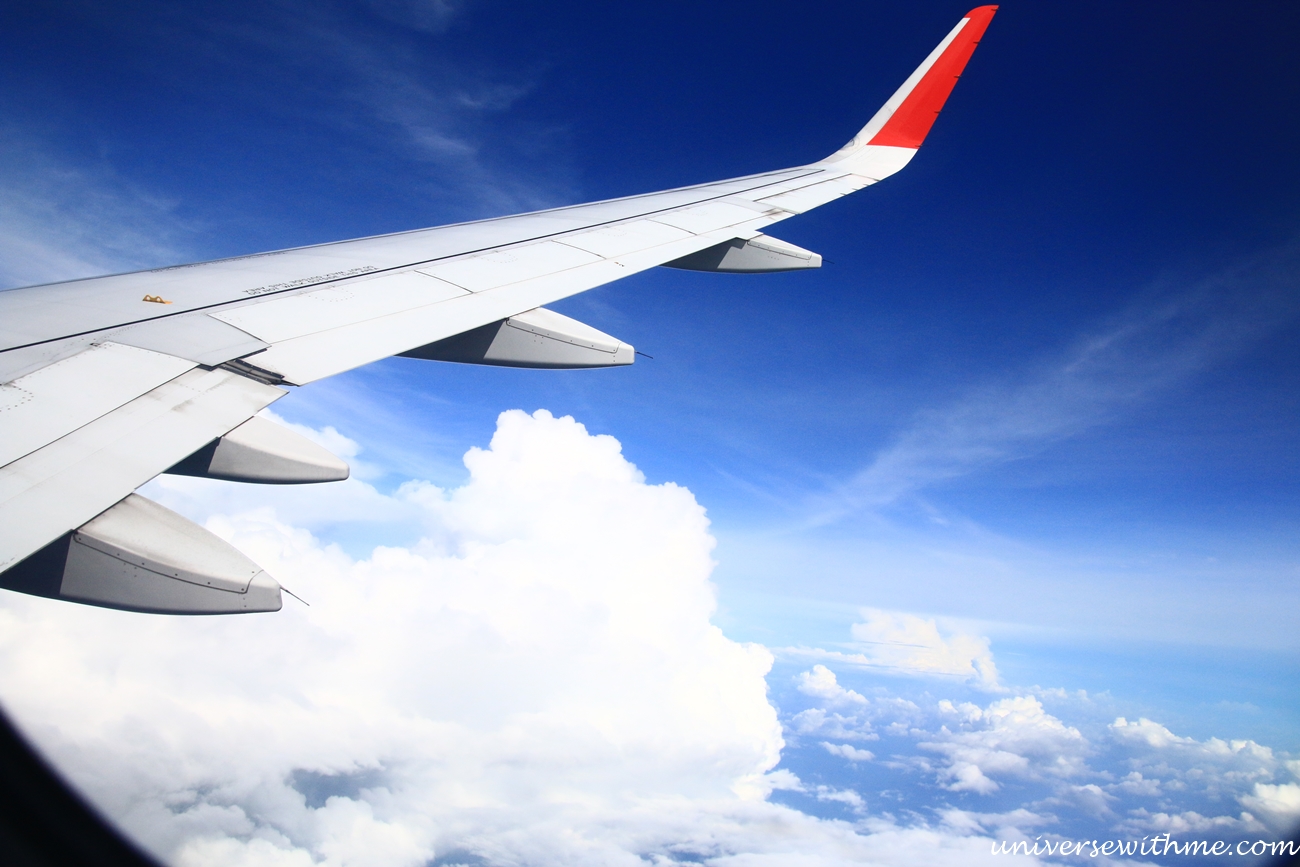 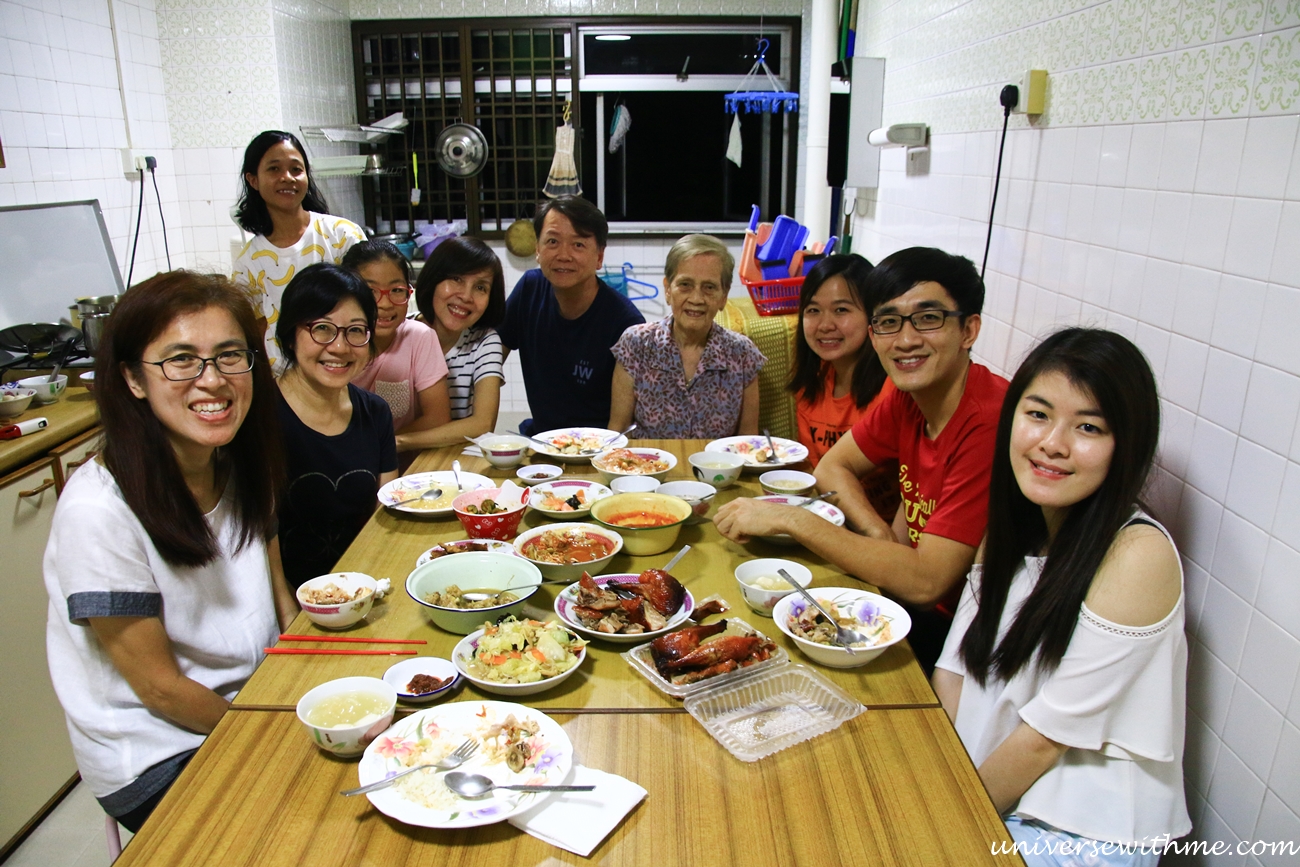 It was especially possible to return because of BLT. He is situated picture’s center, and his wife is seated to his left. Their kindness is demonstrated because they invited me to stay at their home whenever I returned to Singapore. Their family gathers together once a week to enjoy each other’s company. While there, they invited me to join them. This special cultural family meal ritual reminds me of Mexico, because they too have similar gatherings once a week. 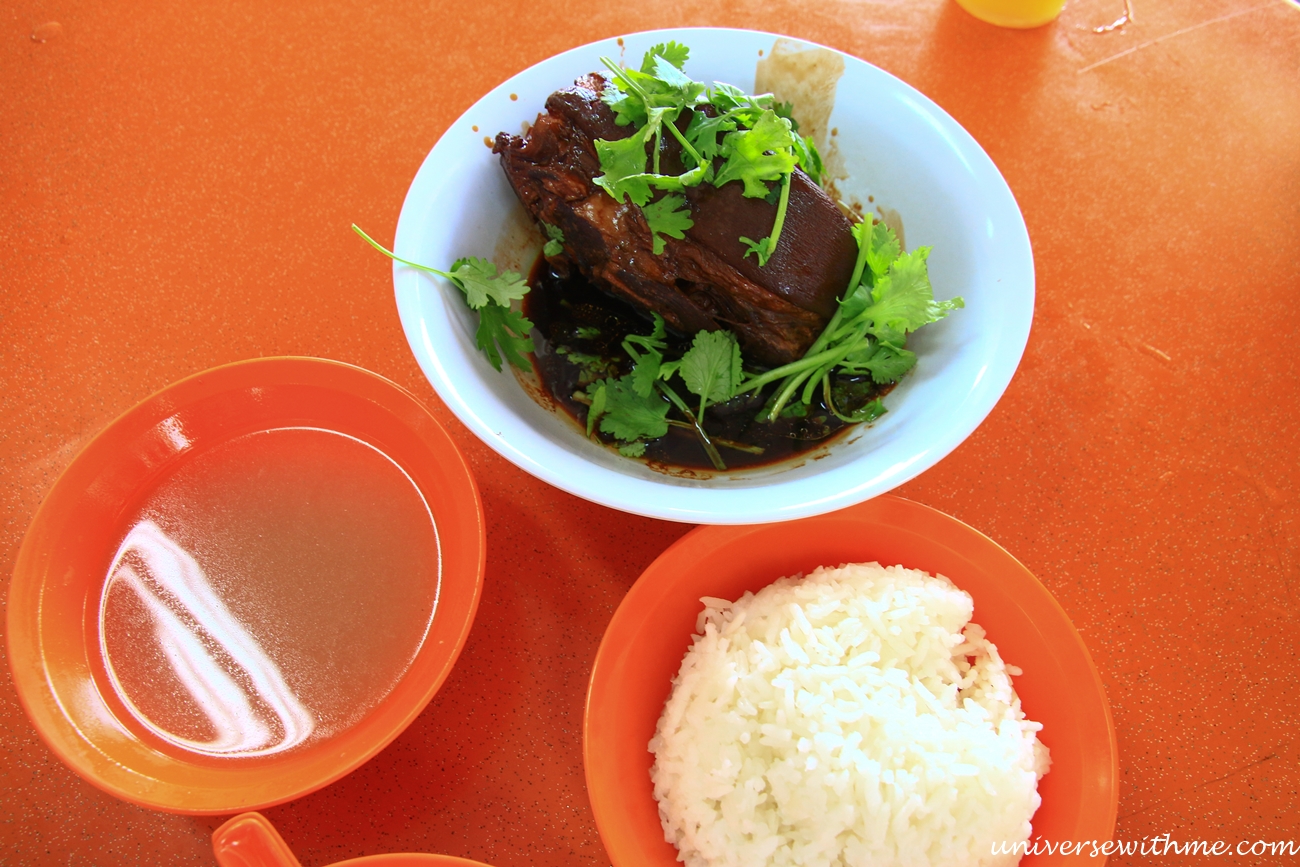 Very soon after I returned, I had a Singaporean meal with my friends who had picked me up from the airport. 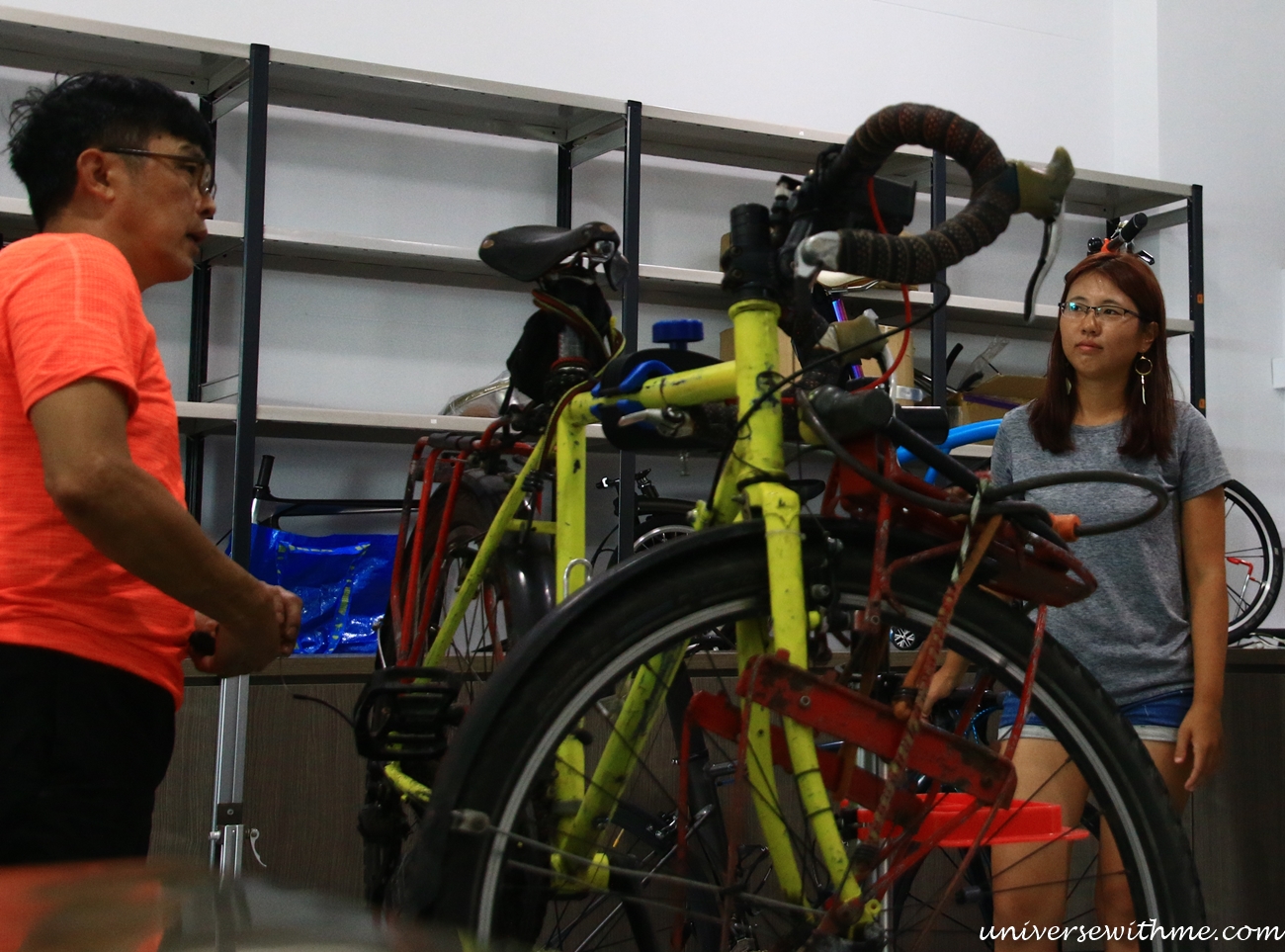 After the satisfying lunch, we went to a bicycle shop. If you do not know, my bicycle has an older style gear shifter that is located at the end of the handlebar. Although the shifter might be old fashion, it has lasted. I had used it for years and finally it was broken. Because of the age of the shifter, it was very difficult to find the appropriate part; it was even difficult for Shimano World, because they too did not have the parts necessary to fix the shifter. However, after contacting Unique Custom Cycles, he ordered the correct part. After he received it, he installed the part and now my bicycle shift very smoothly. 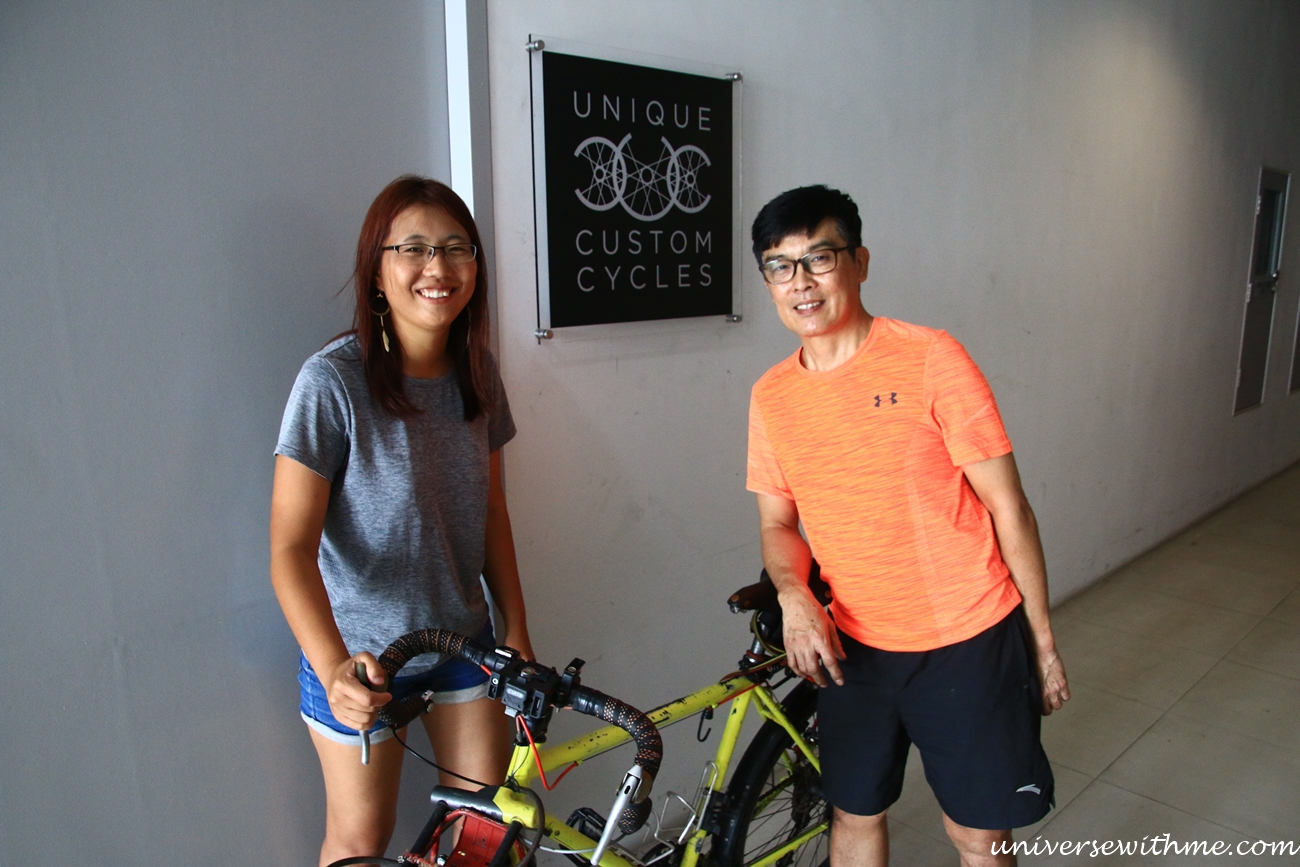 Unique Custom Cycles is not a typical bicycle shop. The owner builds many interesting bicycles. A friend who accompanied me to the shop has written to me that he takes his bicycle there too because the owner is a really good mechanic and can fix anything. 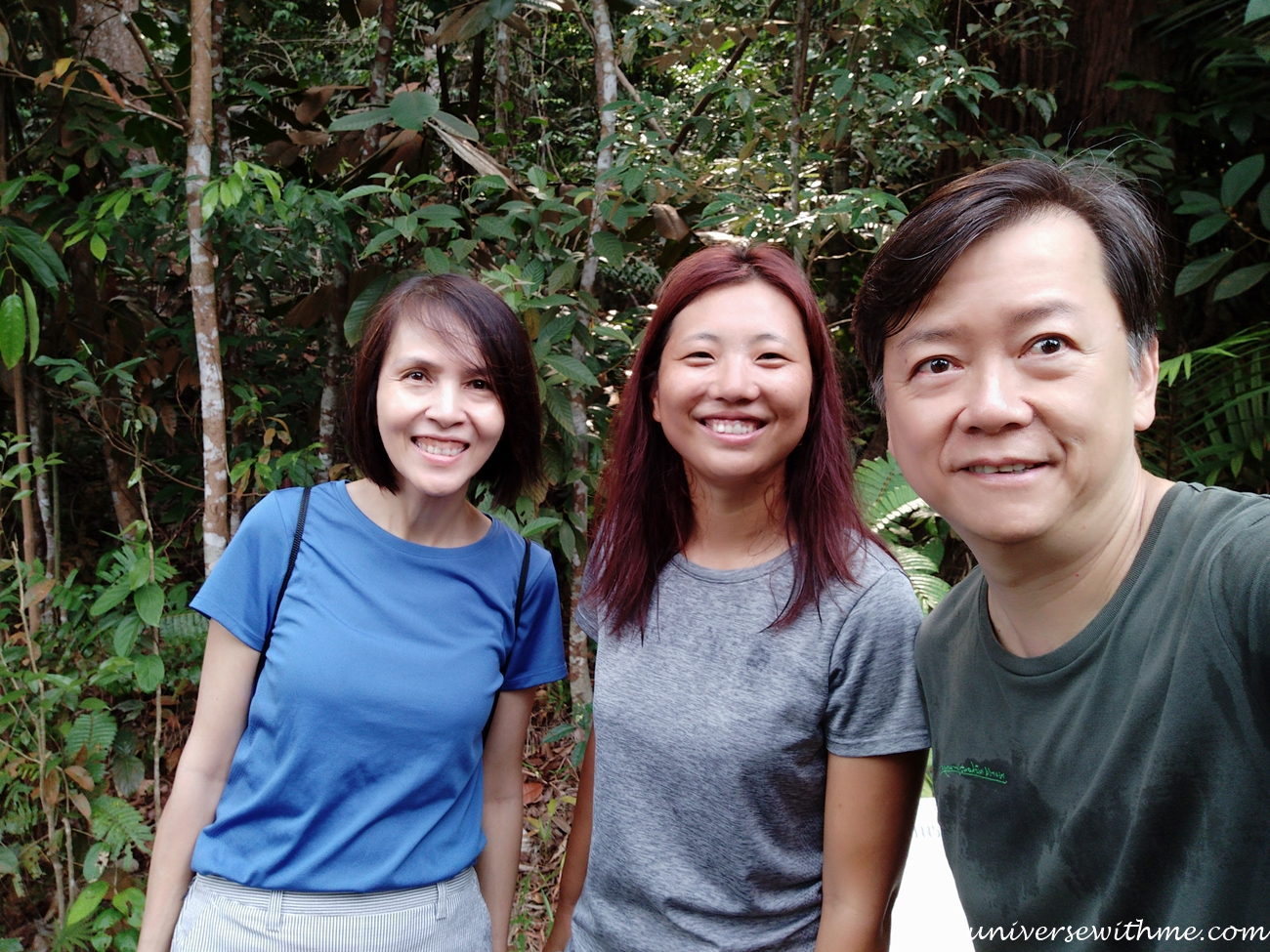 The next day after Unique Custom Cycles repaired my gear shifter, it was sadly my last day in Singapore. Because I was preparing for my next leg of my world touring bicycle adventure, the morning was really busy, including a special time by taking a walk in the park with BLT and LeeLee. 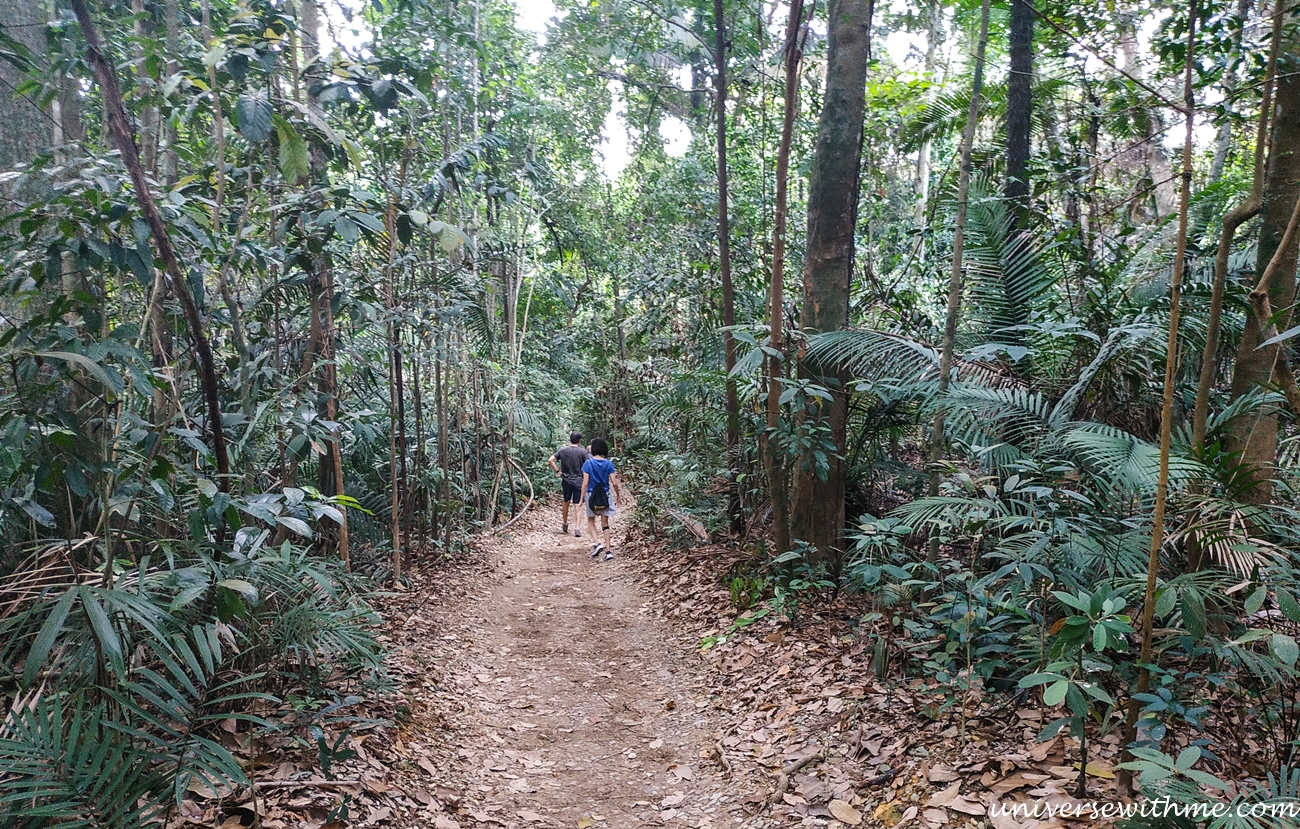 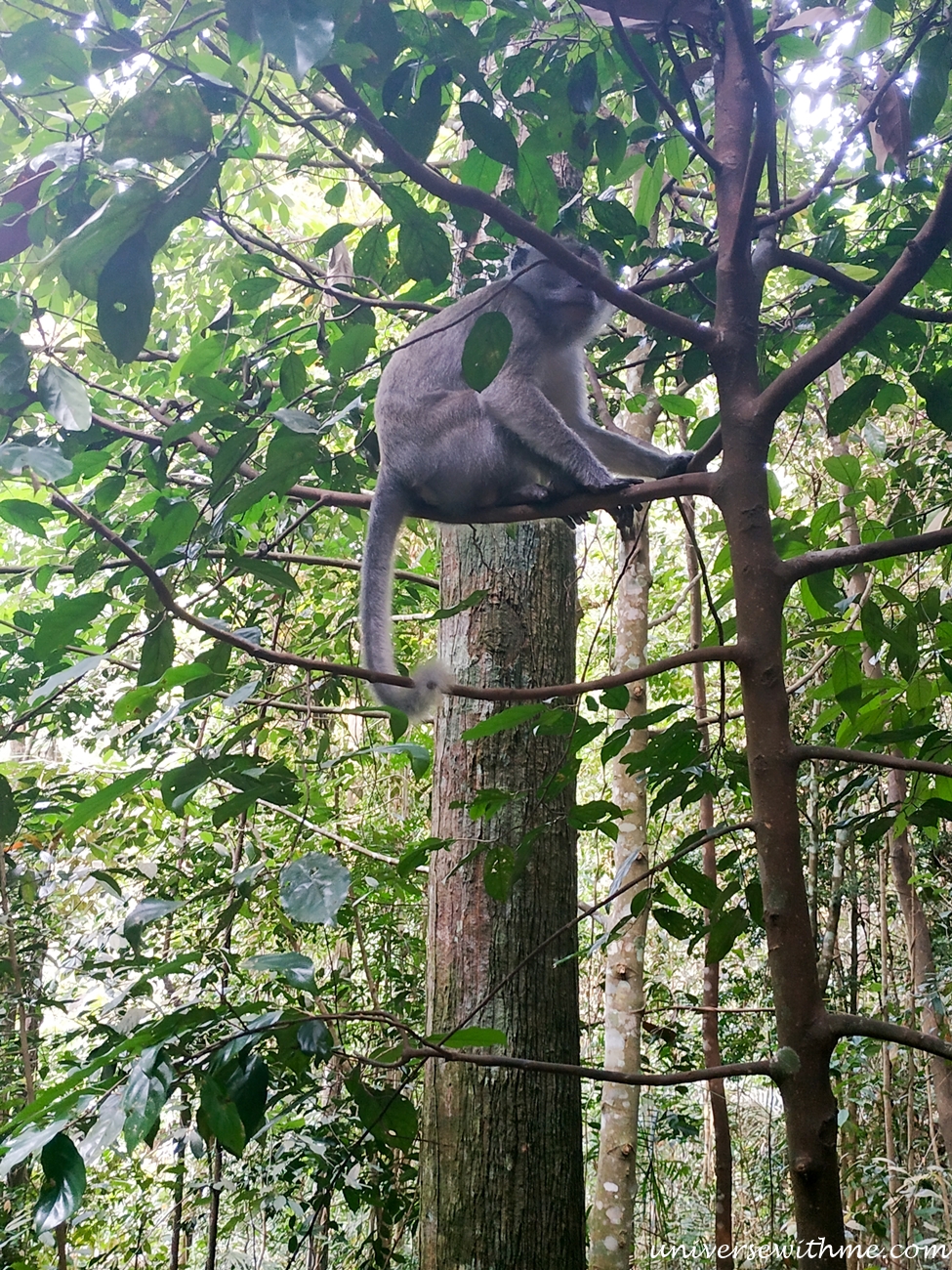 Although Singapore is populated with many people, it may be surprising to most to learn that there a park nearby the city where one cannot see any buildings. 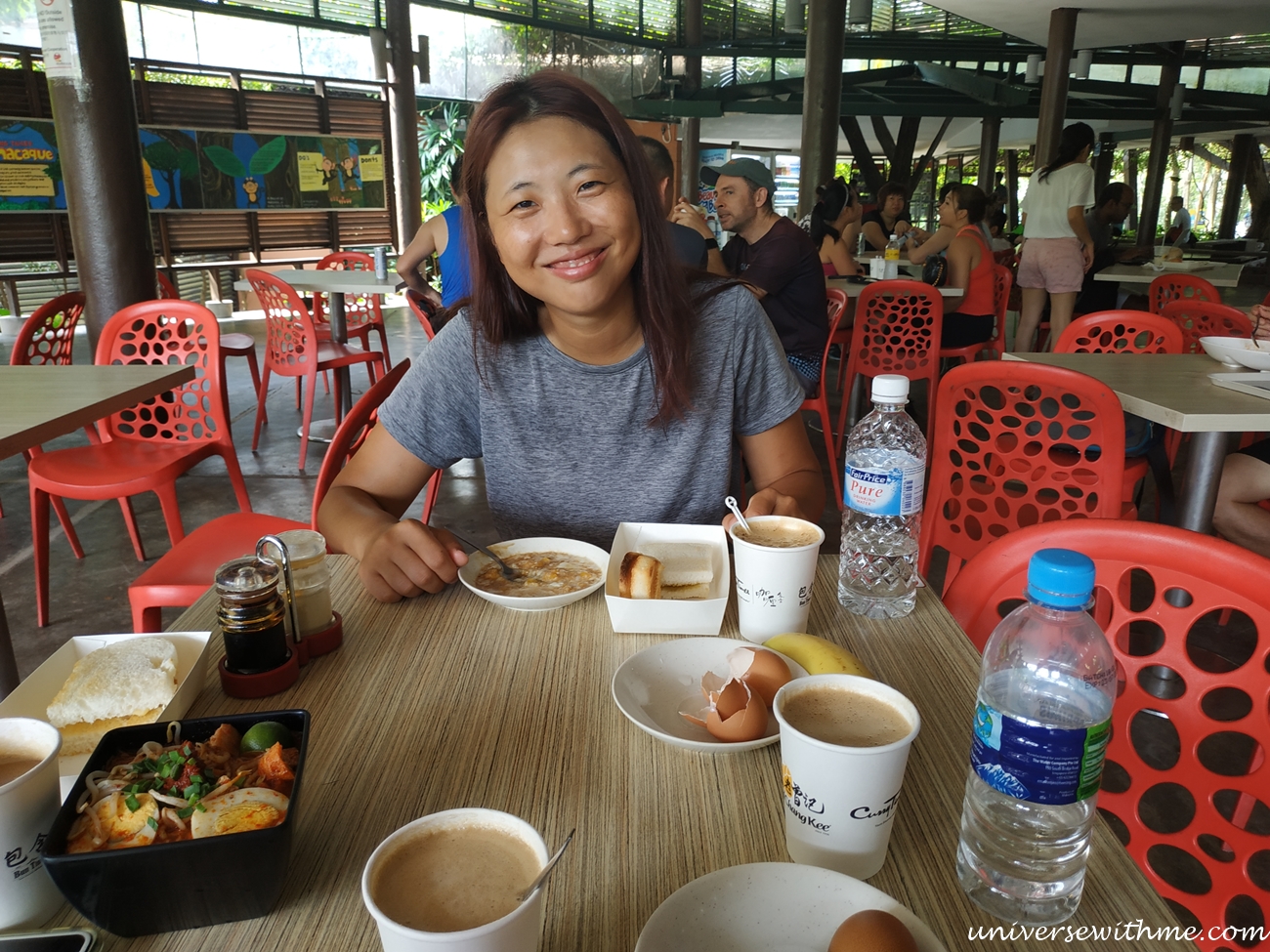 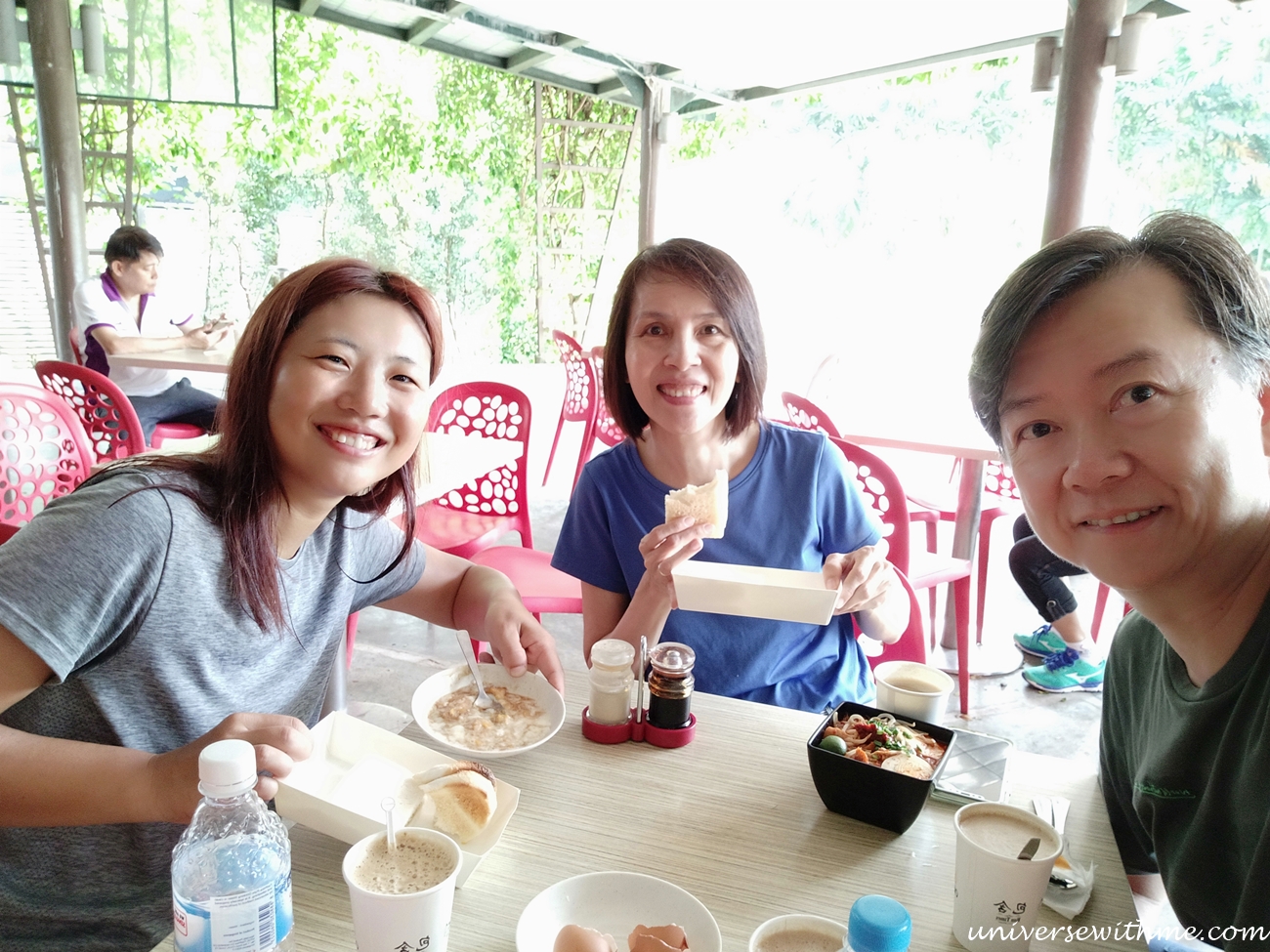 I am again having my favorite Singaporean breakfast: Kaya toast with a half cooked boiled egg. I add some pepper and soya sauce into it. Then I dipped toast with kaya jam into the bowl of eggs. I had this same meal almost every day in Singapore. In fact, I might have eaten it more often than the locals! 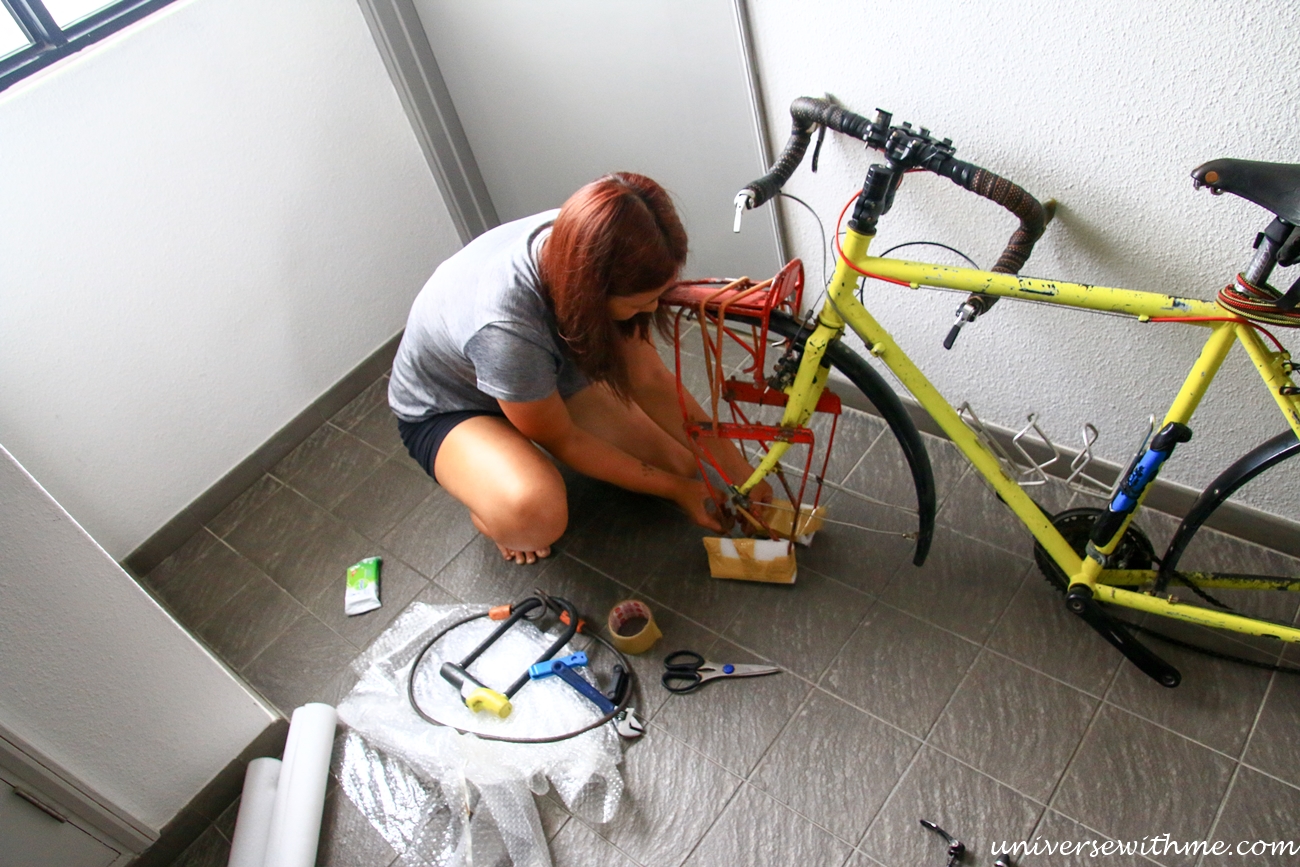 After our walk in the park and my favorite breakfast, I began to prepare to pack my bicycle for the airplane. BLT had already got a bicycle box and other things for me. Thank you BLT! 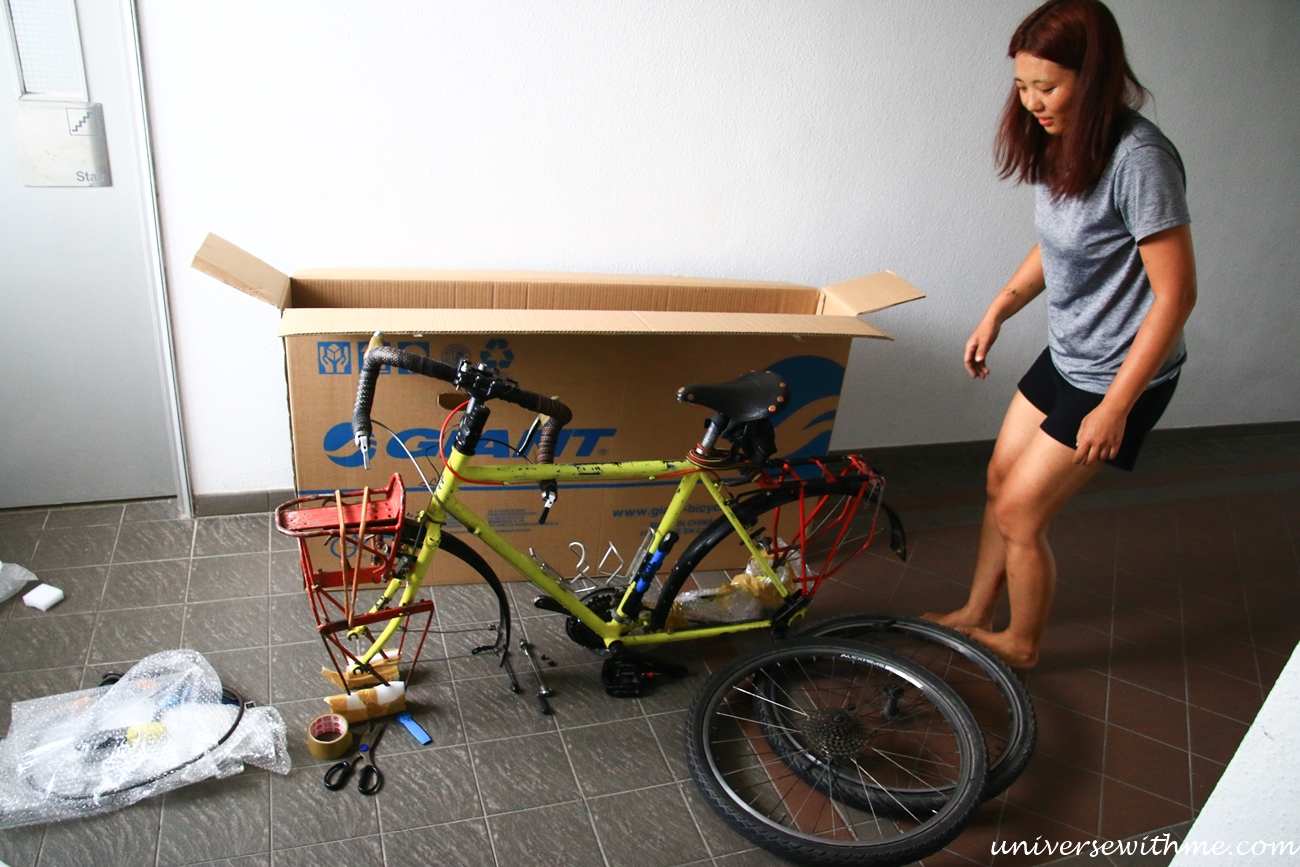 The instructions to pack the bicycle into the box seemed straightforward and simple:

But in reality, it was not that simple, because I always have had struggled to remove my pedals for the past year because of sand. Even though I had put oil in the appropriate places the day before, it was still not easy to remove them. Another issue surfaced because I did not understand what was meant by “clockwise” and “counterclockwise.” As most know, each peddle can only be removed by turning it the opposite way. However, when both pedals are stuck, it really confused me. I kept asking myself, “Am I doing this right?” and “Why don’t the pedals come off?” Furthermore, my multi-tool was too small to use! Later, I got the right wrench to unscrew and remove the pedals.

Another difficult thing was that the box was a smaller size than what was necessary to pack properly my bicycle. So, I removed the kickstand and bent the mudguard. Finally, I squuuuuezed everything into the box. Then I taped all the things that were loose, such as the two pedals, the kickstand, the multi-tool, as well as other loose bicycle parts so that they would not move around the box during transport and damage other parts. 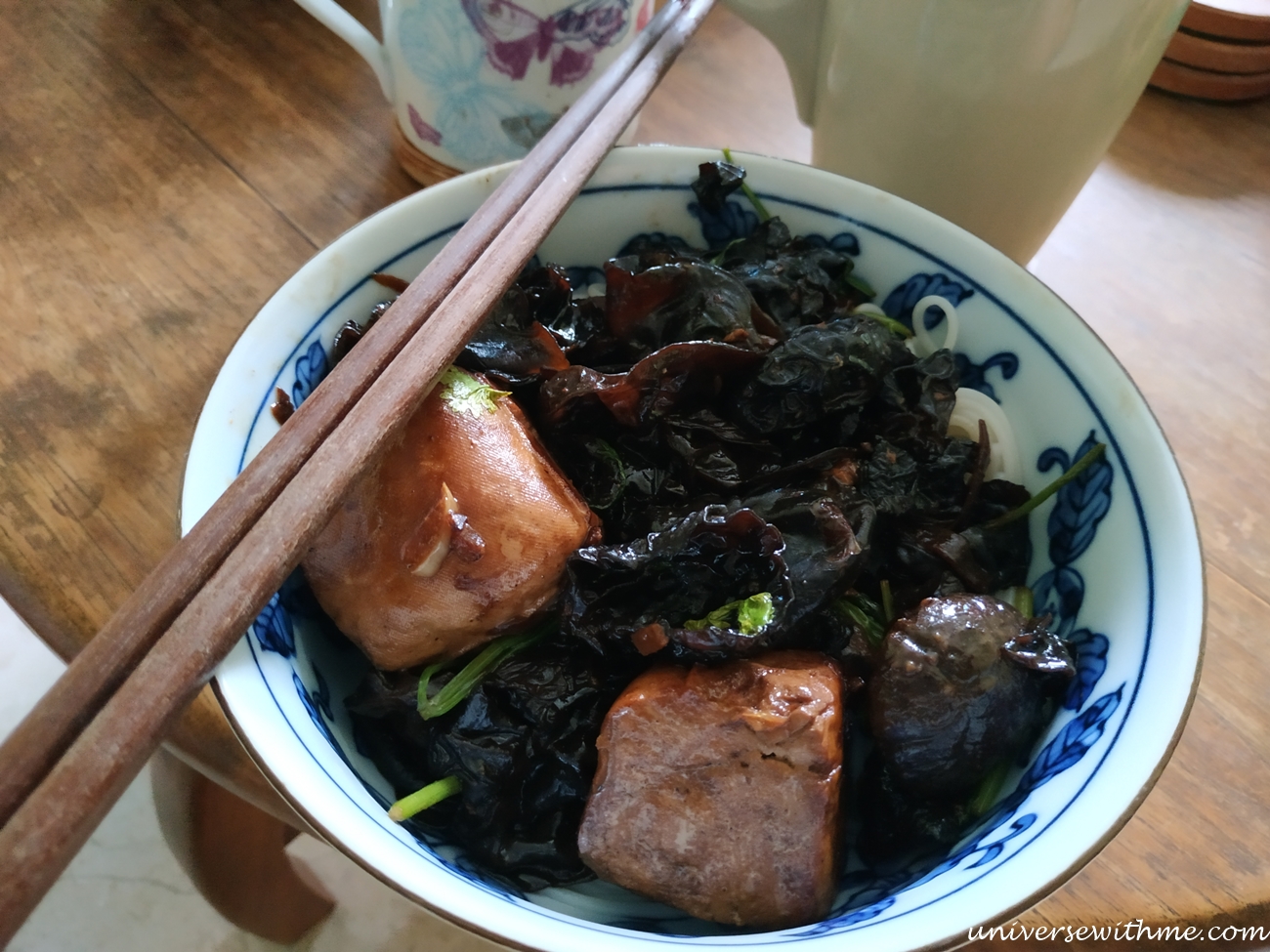 After having prepared and squeezed my bicycle into the box, I went out to have a well-deserved lunch at a friend’s house. I had met them after my talk about world touring adventure at Shimano World. My friend and his boyfriend had been preparing for months to cycle in India, however, because of circumstances, they postponed their own adventure, and gave me two Schwalbe tires as a special gift. Thank you! 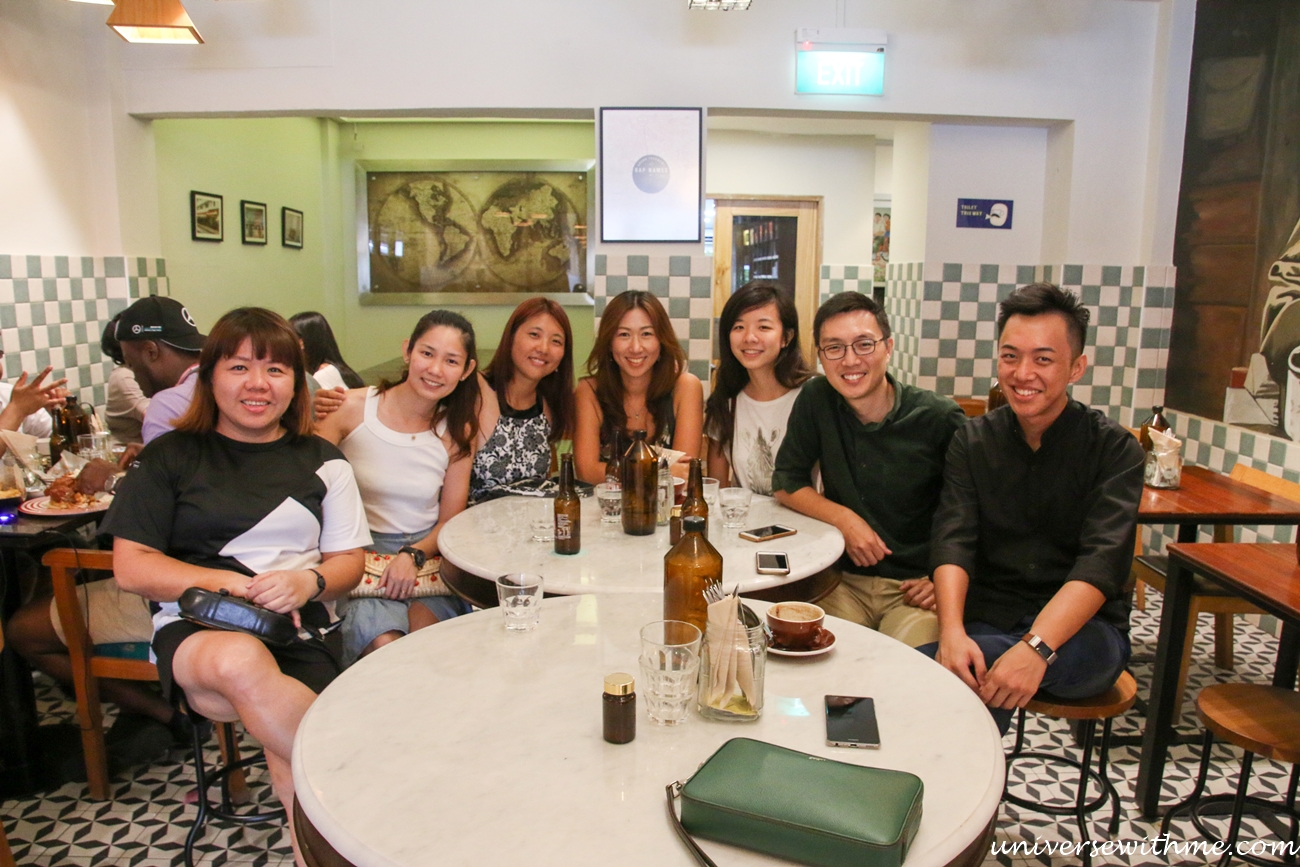 I reserved a special time to meet six friends for a grand farewell, including the couple that gave me the tires. The picture shows the special friends that I have visited and seen often while in Singapore. The friend at the left of me in the picture is from Melaka, Malaysia. I have seen her very often while in Singapore. I really enjoy her company. I am in a place in my life that I really like to visit the same people over again than making thousands of friends.
After this special time, I had dinner with the family of BLT and LeeLee at a Korean BBQ restaurant. This was a very special time for me because it was LeeLee’s birthday. I remembered that BLT didn’t buy a cake for her birthday. So after meeting my friends at the cafe, I looked for a nearby bakery that sells cakes. But as hard as I searched, I couldn’t locate one. So, I bought LeeLee a small cupcake. To my surprise later that night, BLT presented a big cake. Not only that cake, but another big cake from her sister! To my dismay, there sat my little small cupcake. Next time when I am invited again to a birthday party, I will buy the biggest cake ever. Haha.
All my friends interestingly ordered the marinated meat. However, I ordered just the unmarinated pork belly. What I found interesting is that hardly anyone else ate what I had ordered. I felt somewhat sad that I only ordered the meat which people didn’t eat. In my home country of South Korea however, the pork belly is the most favorite BBQ dish. But here, it is the opposite.
After dinner, I started packing my luggage into one big box. I had to stay up late to finish. It was not until after midnight that I fell into my bed exhausted but satisfied by what I had accomplished today. 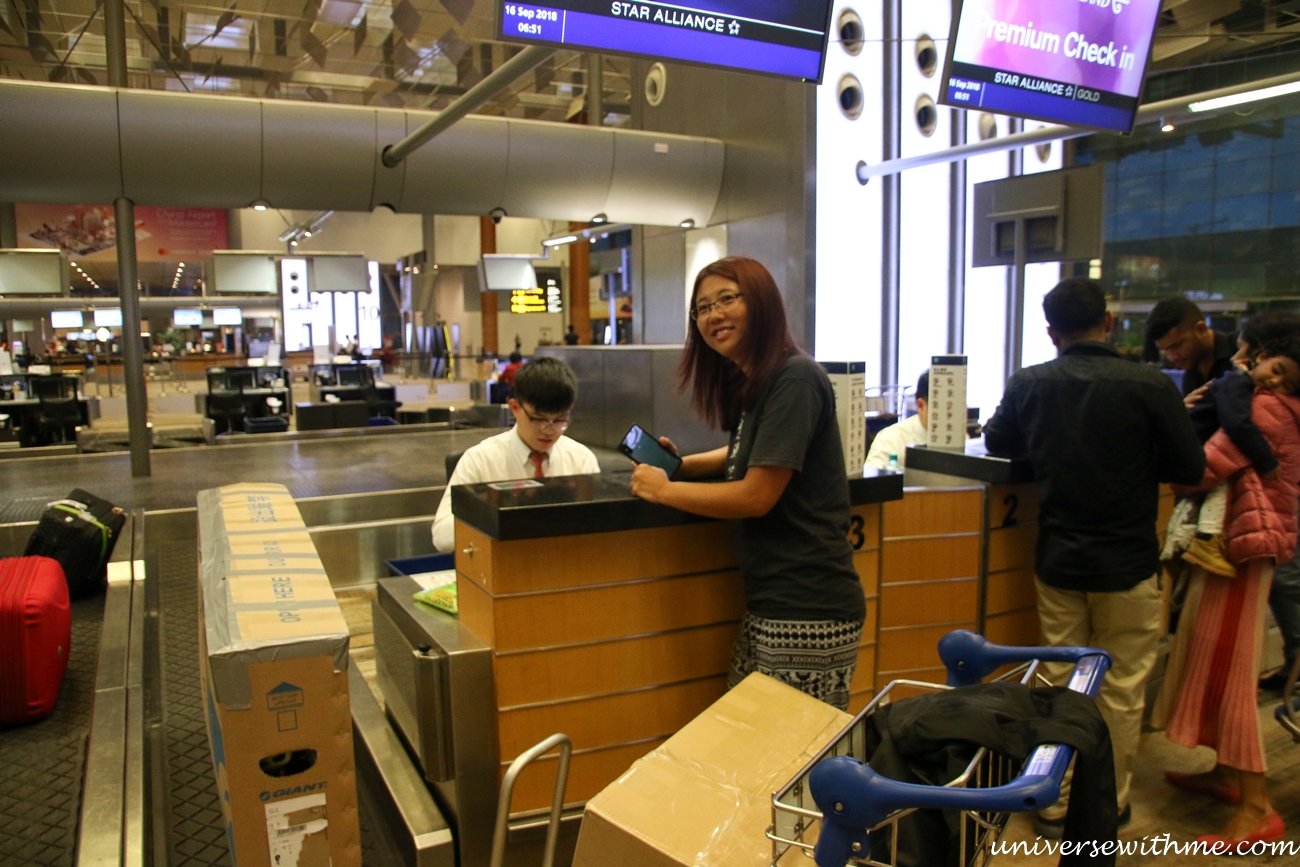 I am excited because this is my third time to take an airplane to another continent. My first trans-continental flight was from South America to Africa (Brazil to South Africa). The second one was Africa to Europe (Egypt to Spain). Now, my flight will take me and my belongings from Asia to Oceania (Singapore to New Zealand).
I have always packed the same way: one big bicycle box and another box in which I put three bags together. When I buy a flight ticket, I always check free luggage. There was a cheap ticket but only one 23 kg (50 lb.) free and I had to transit. So I chose the New Zealand Airline which will be a direct flight, and they allow two 23 kg (50 lb.) free luggage. So in the end, it was not much different.
However, I still have to carry always other heavy things, like my camera, laptop, batteries, and jacket as a carry-on. I try to make my carry-on baggage to appear as little as possible. I do this by having my camera on my left shoulder, and a laptop bag clutched in my hand, then I hang another bag on my right shoulder. It is totally chaotic when I have to use a toilet or show a flight ticket. So, it is always a difficult job even to get on the plane!
I woke up early the next morning because my journey to the next continent begins with a morning flight. BLT’s family (BLT, LeeLee, and their son) gave me a lift to the airport and we had an enjoyable breakfast together. After our warm farewell embraces, I began to walk toward the immigration area. I looked back one more time and saw the three of them walking together away from me. This was a special moment–a Kodak moment–for they together still linger sweetly in my memory of the last moment I saw them, the lovely family that they are. Although I have thanked the family many times, I thanked BLT and his family.
Now it is time to explore my sixth continent! Although I had a little bit of sleep, I am still so excited. 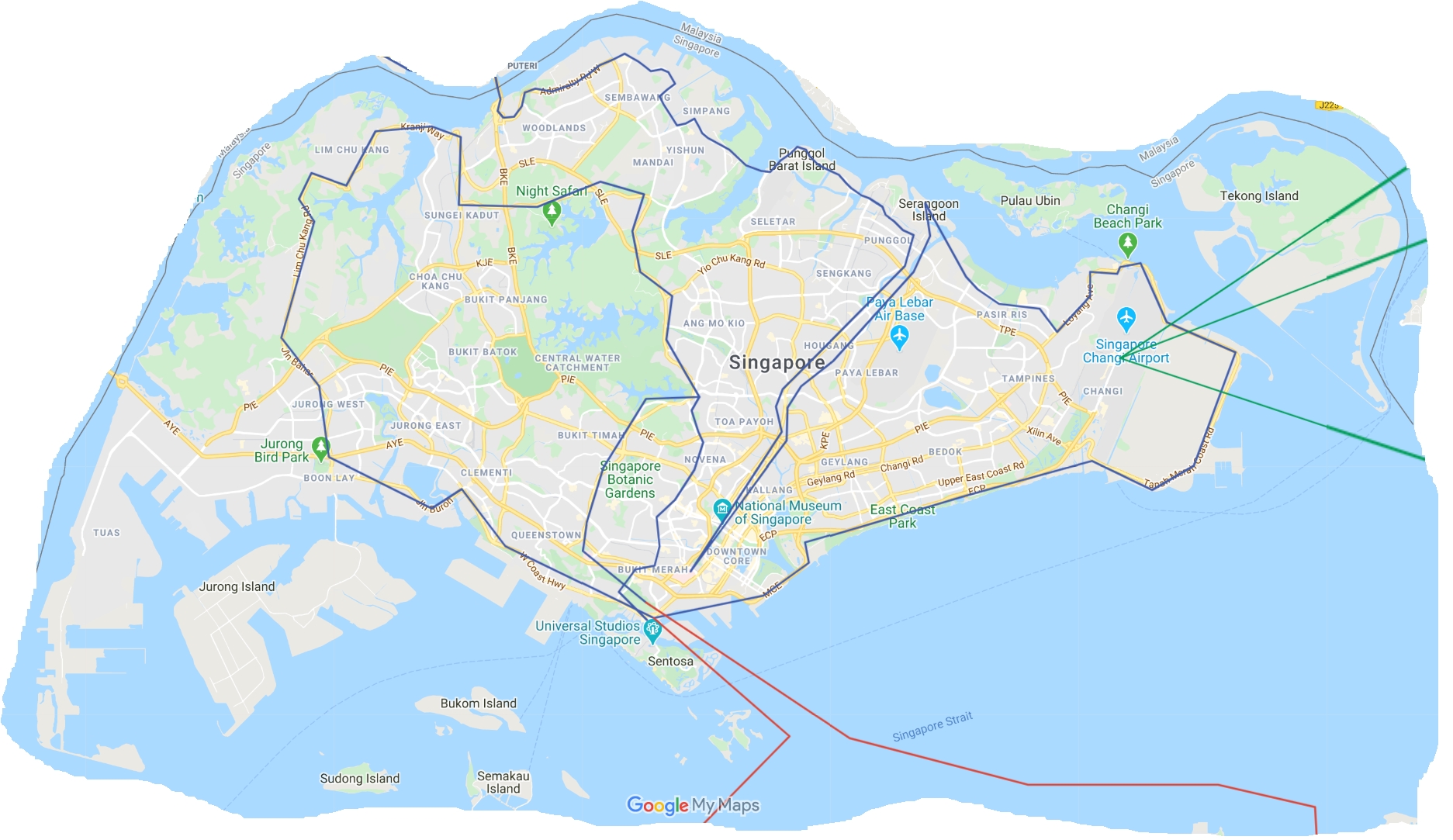 (This post was edited by Bill for better grammar. Thank you, Bill)

(Malaysia) Can I do Scuba diving without swimming experience at the sea?

(New Zealand) Why I don't like open my eyes.

It has been 8 years that I have updated my blog while traveling. Please buy a cup of coffee if my blog was interesting!
Thanks!