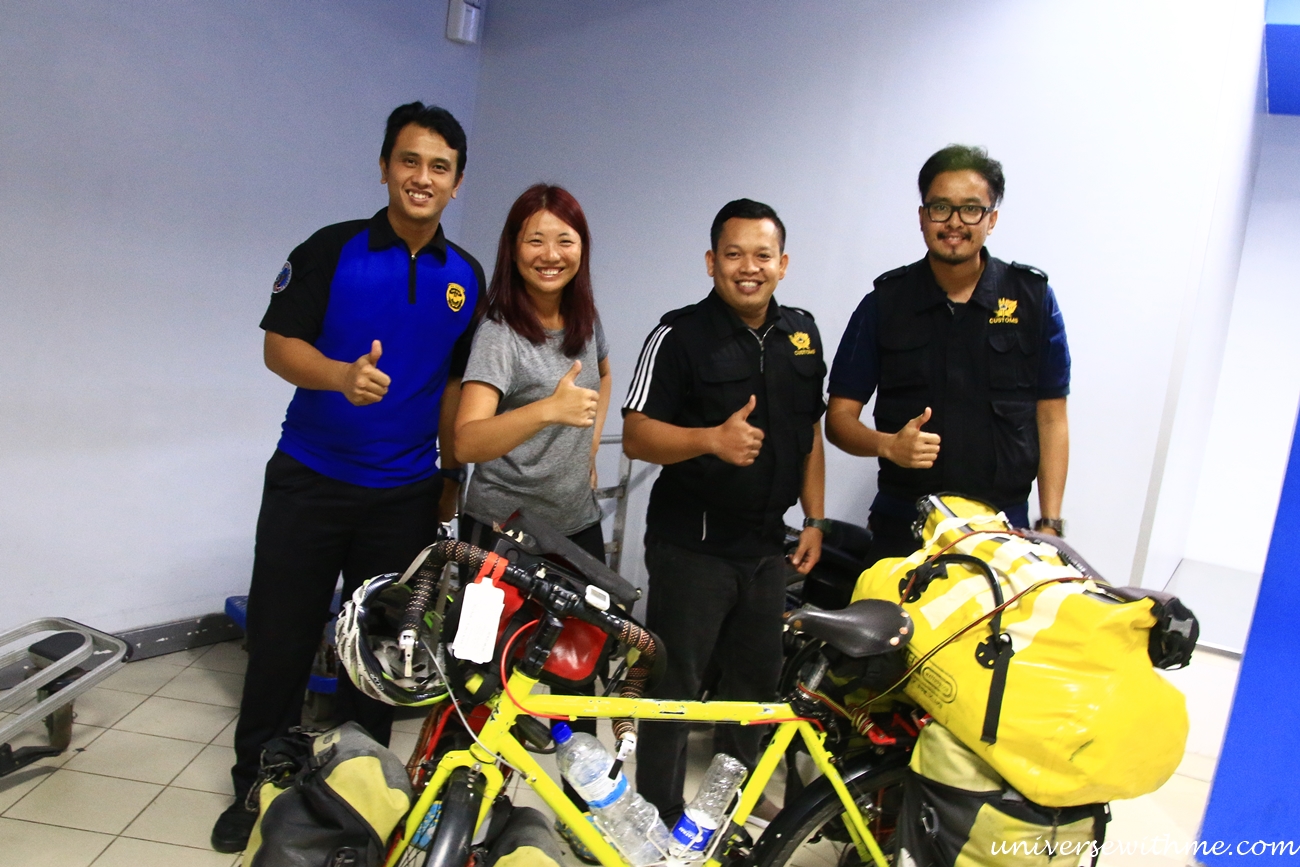 It was a bit complicating to buy a ferry ticket in Singapore. When I put all my bags for an x-ray check after arriving in Indonesia, they called me. I thought something was wrong in my bags. But they just wanted to take the photo together. haha. 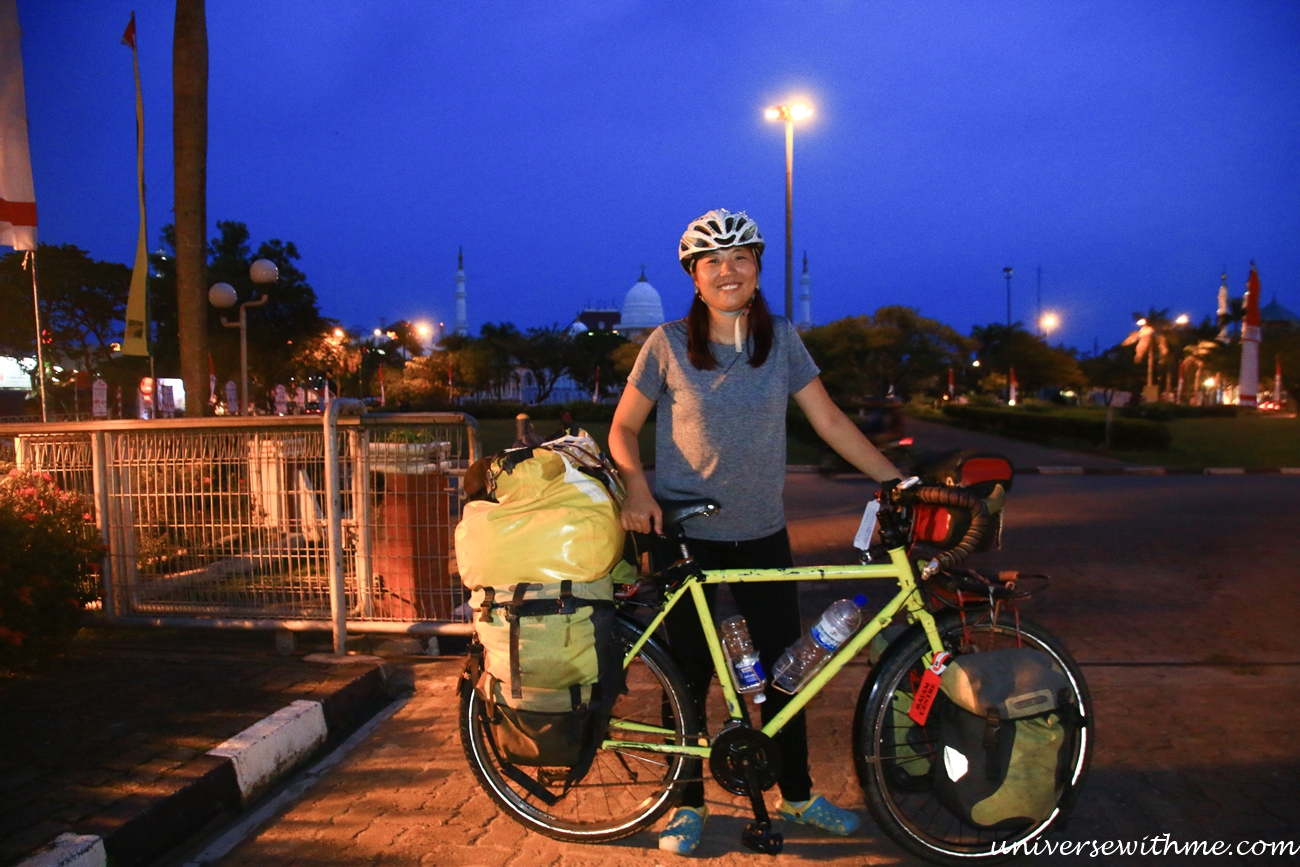 It was already dark when I left the immigration. I cycled to a hotel I booked online.
I would stay three days in Batam which was located just below Singapore. 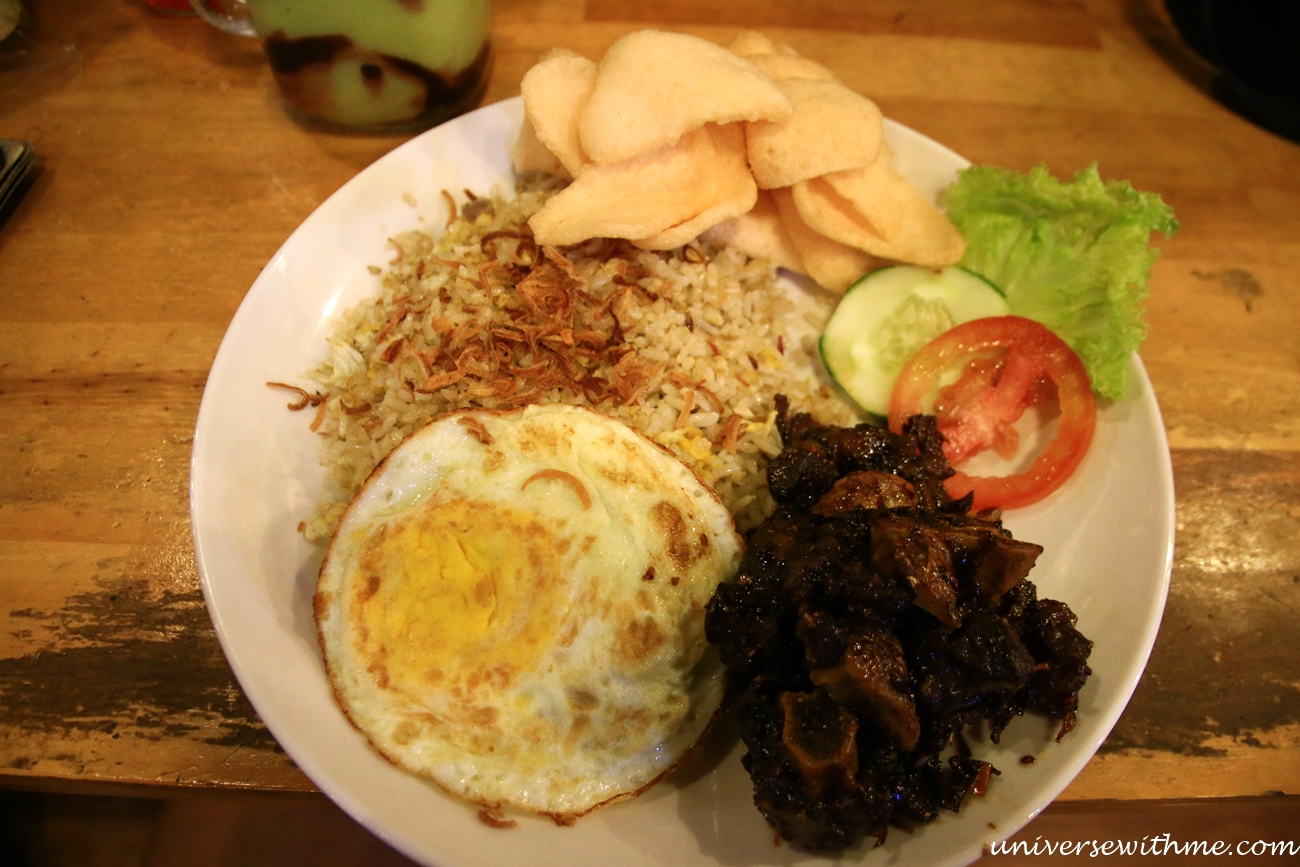 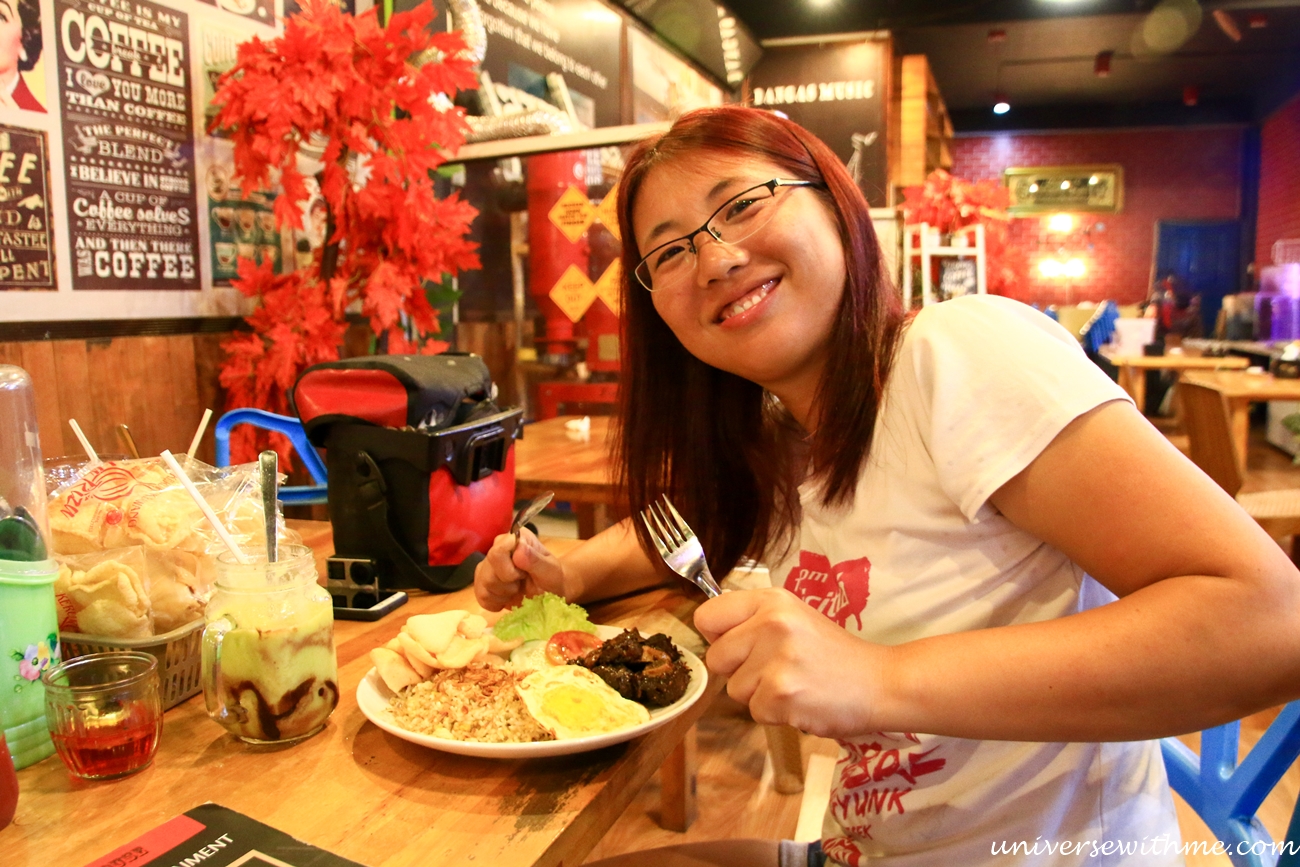 I had met my Indonesian friend again who came for my talk in Singapore. It was really good to see her again and have delicious Indonesian food.

It was Indonesian Money. A monetary unit was quite high that US$1 was 14,725 IDR. 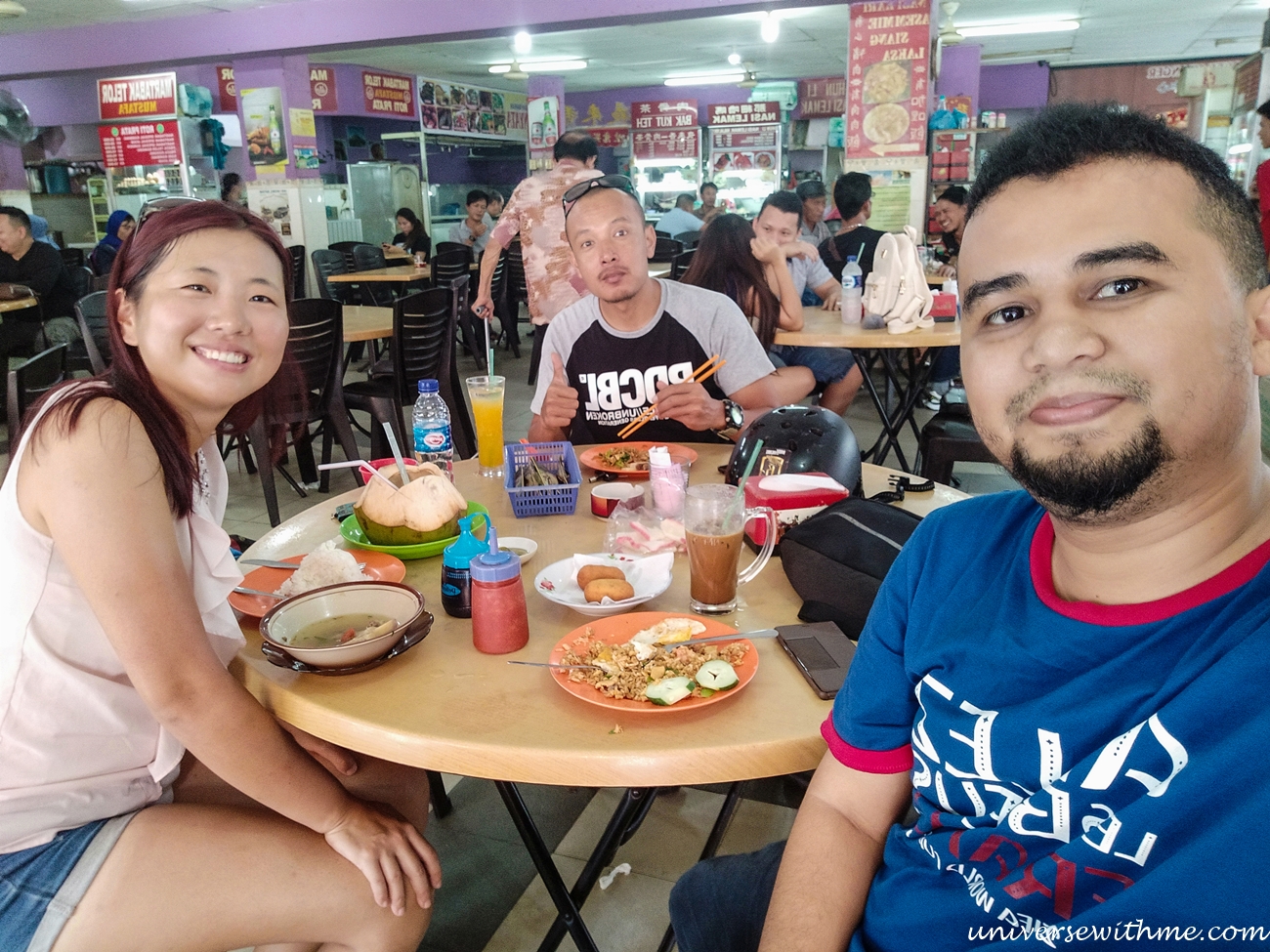 In the next day, her friend came and had lunch together. 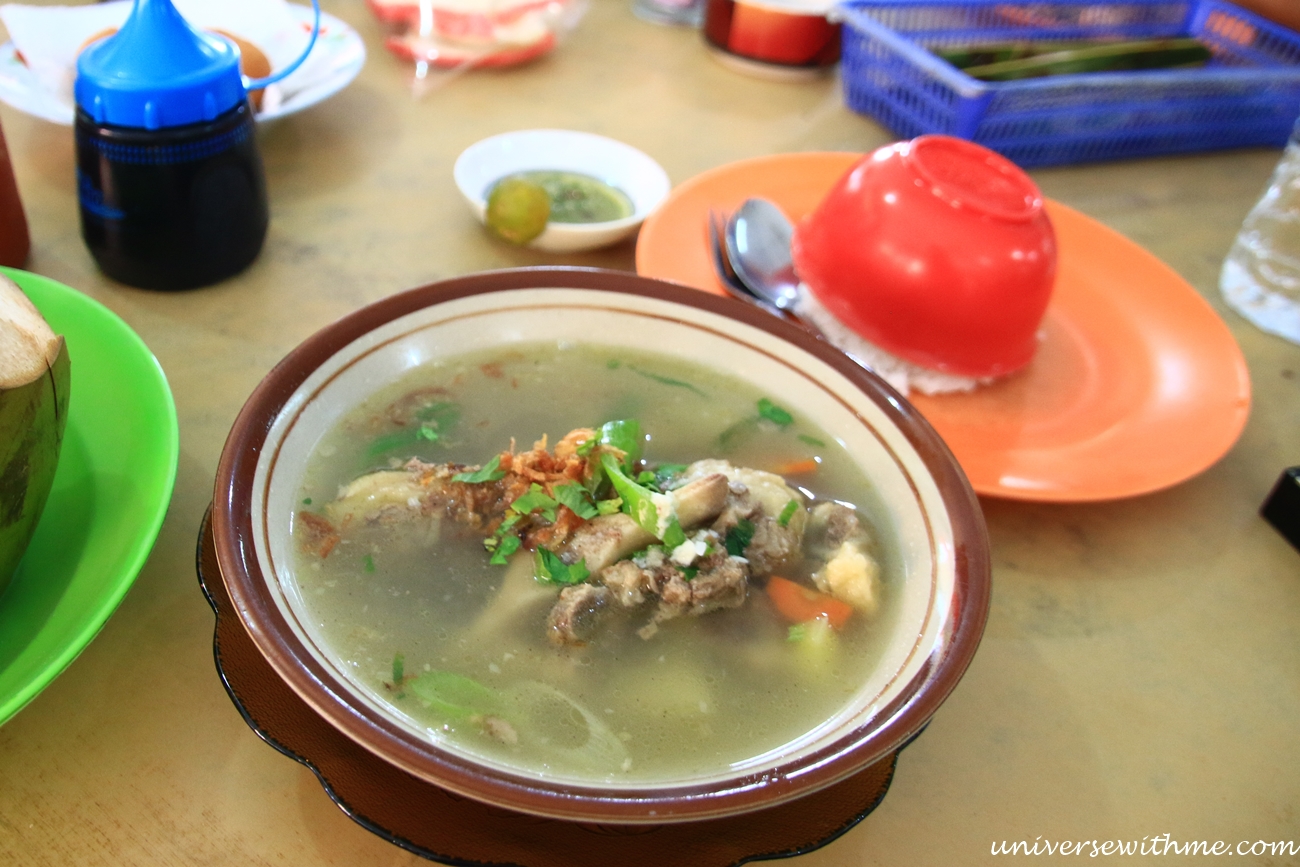 It was an oxtail soup that the broth was good. 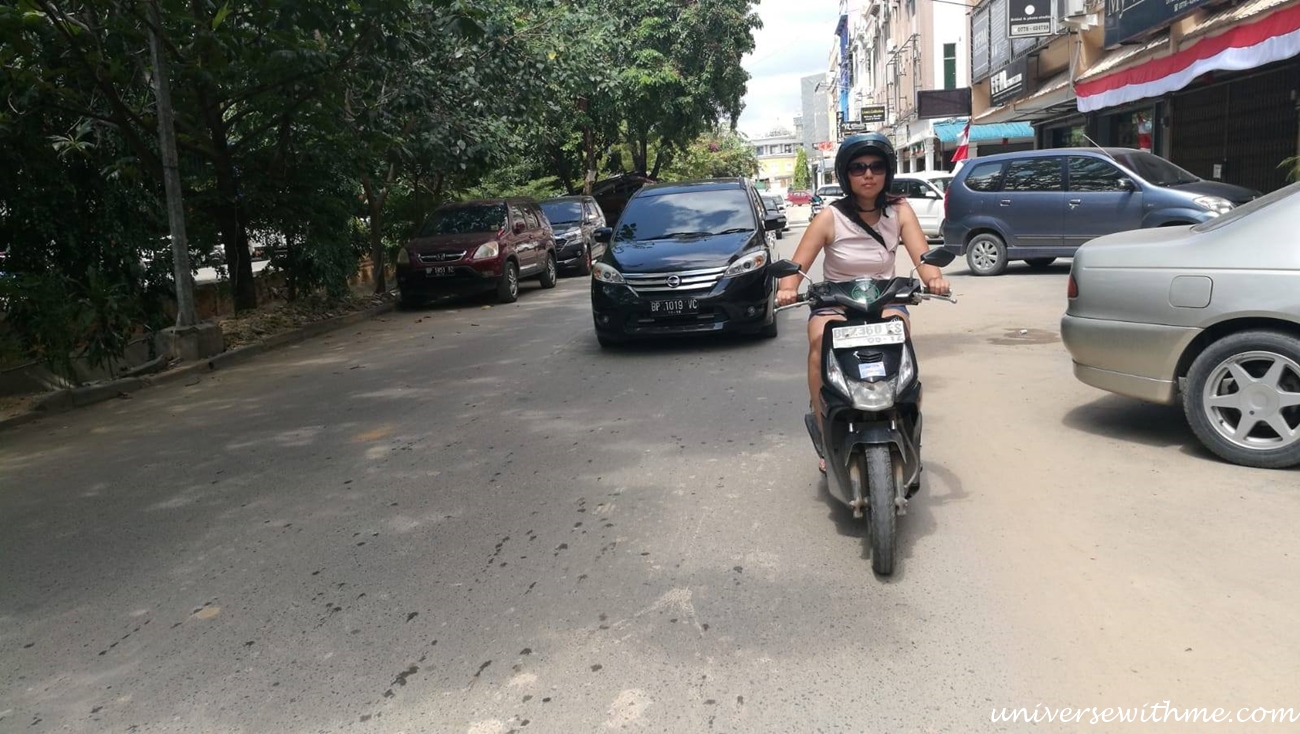 After it, they lent me their scooter and we looked around the town. Since Myanmar, I had enjoyed driving a scooter. 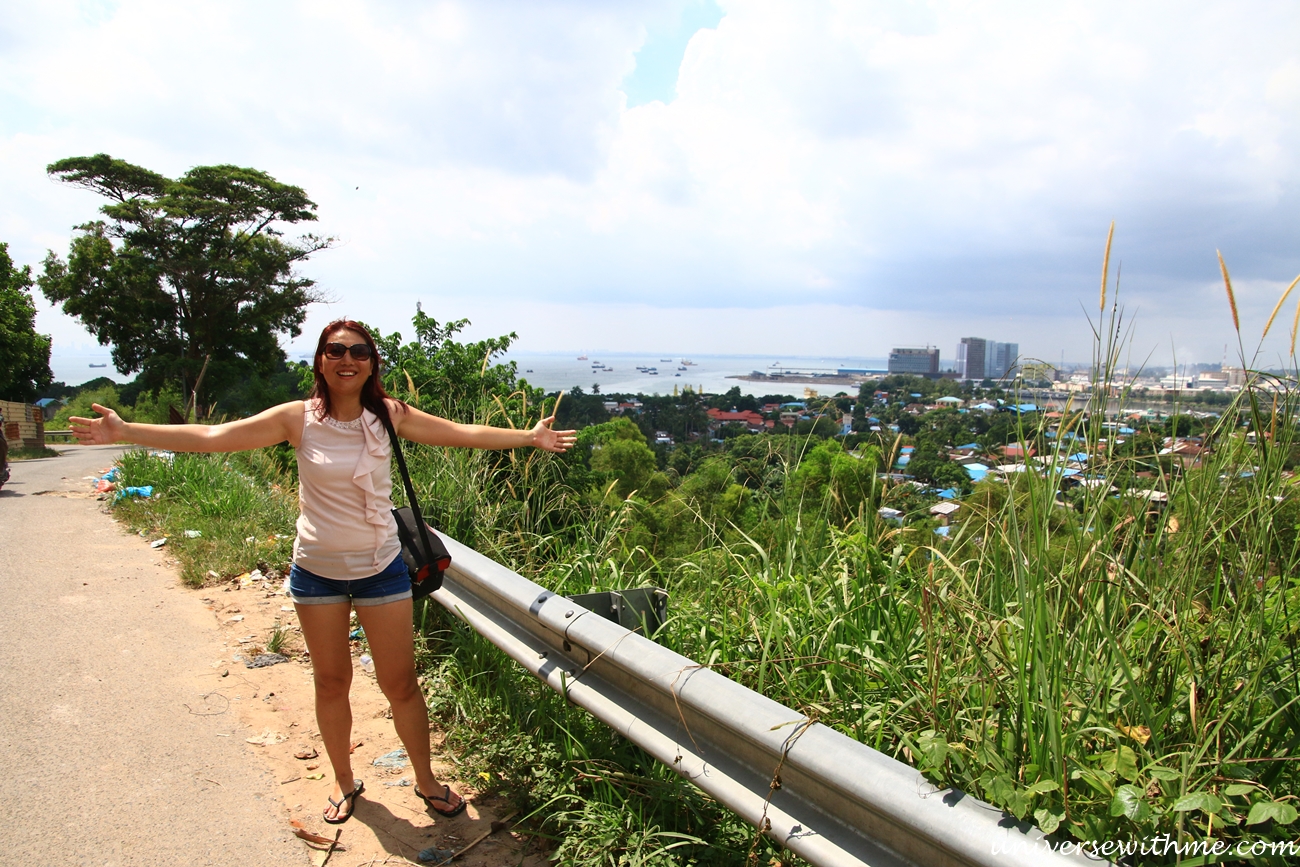 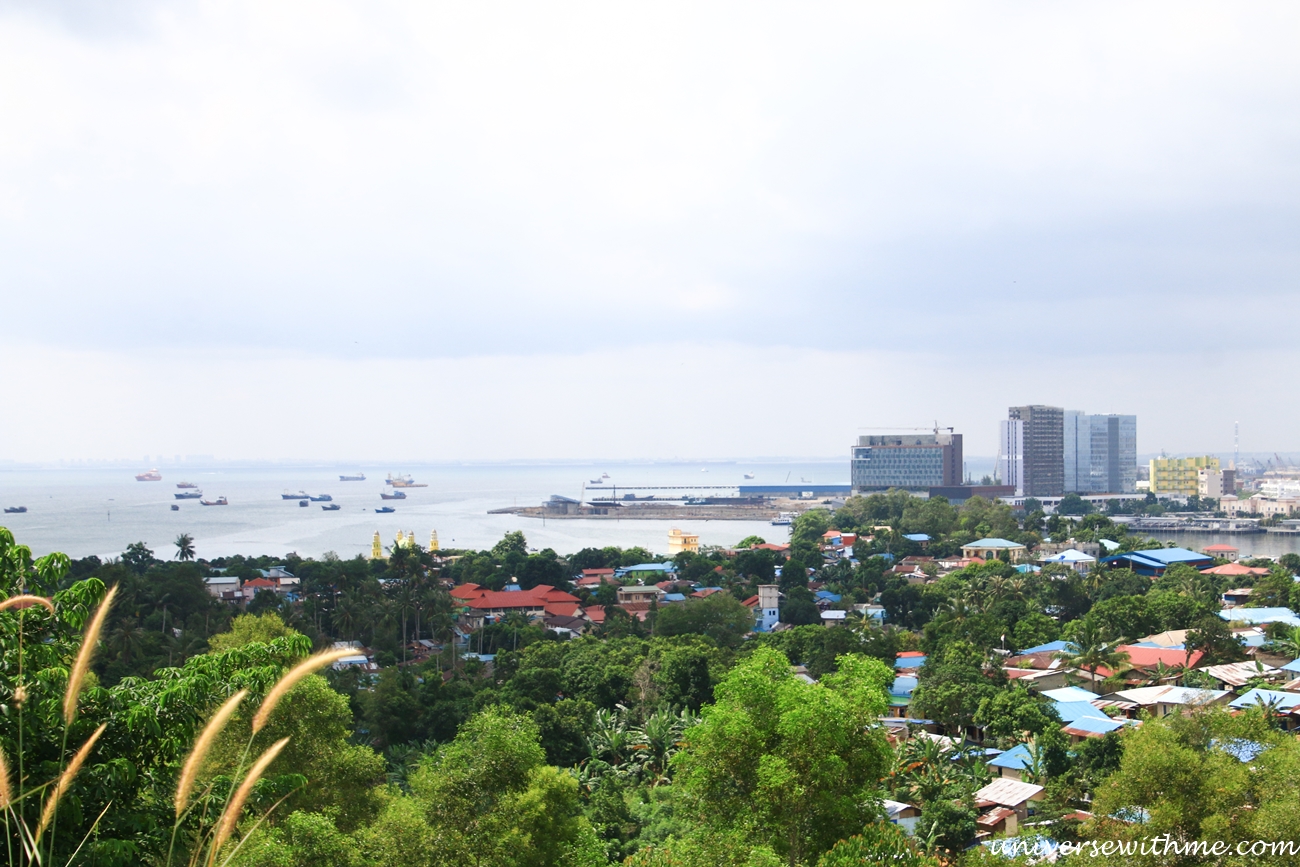 It was so easy to go up by scooter. At the top of the hill, the view was beautiful. 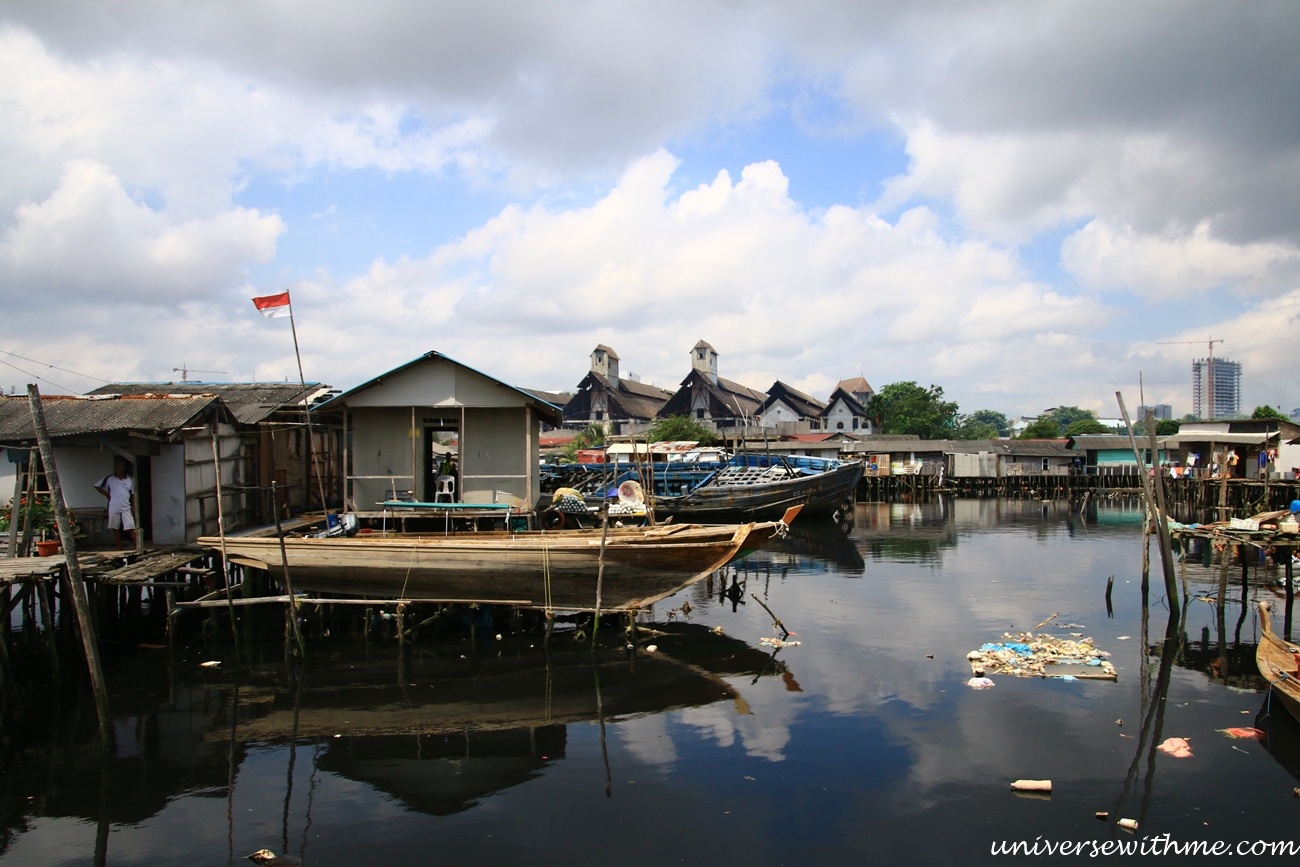 We visited a fisherman village. 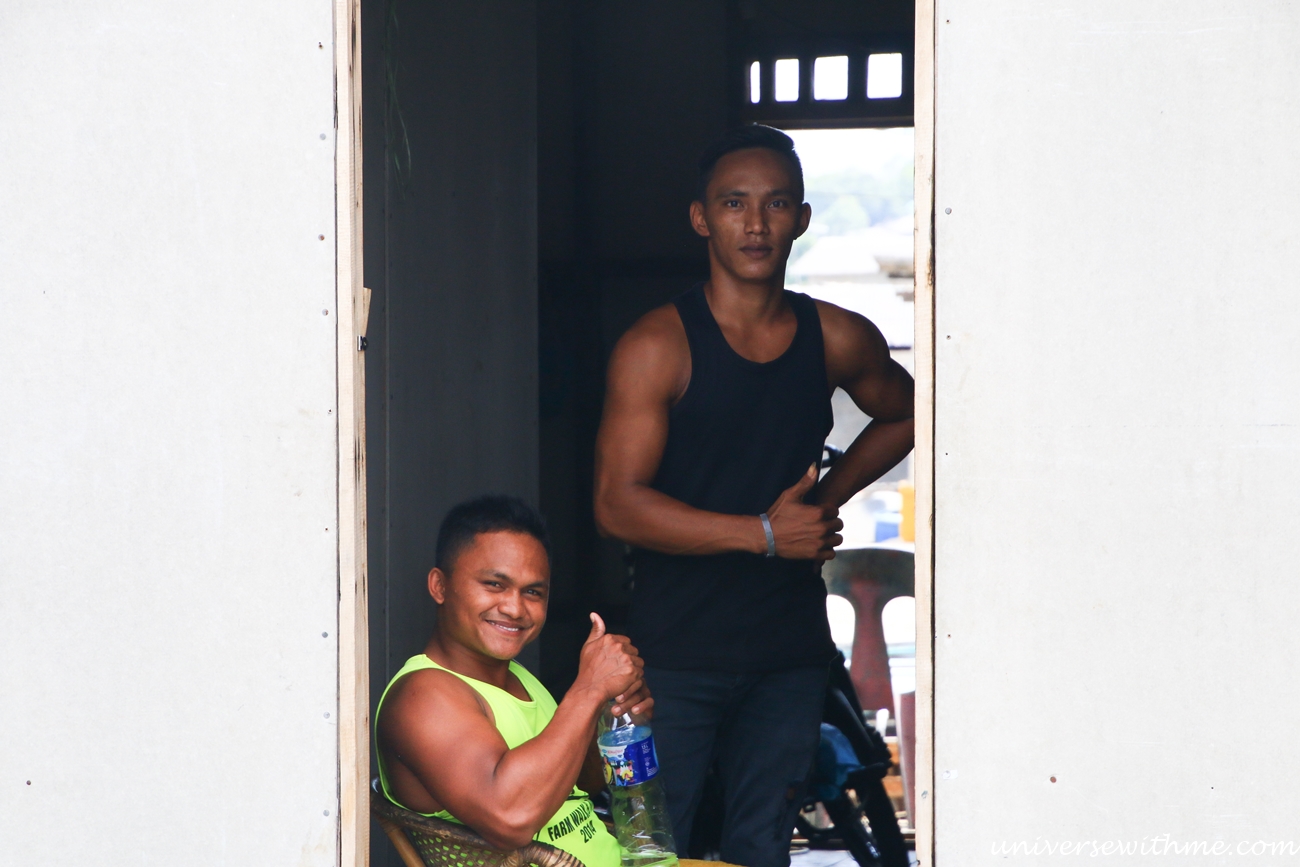 When I asked them to take the picture, they showed a smile. 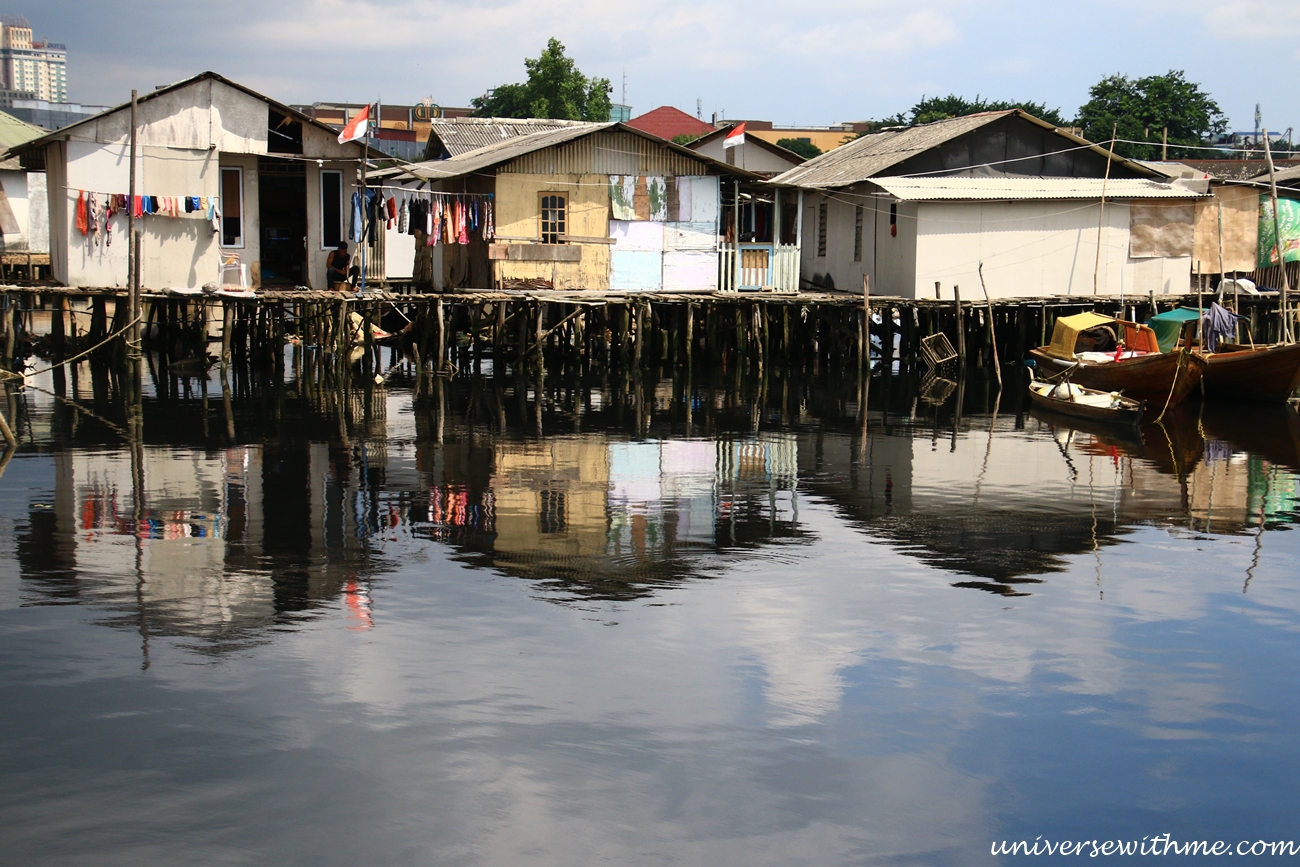 The water was black and it had water smell. 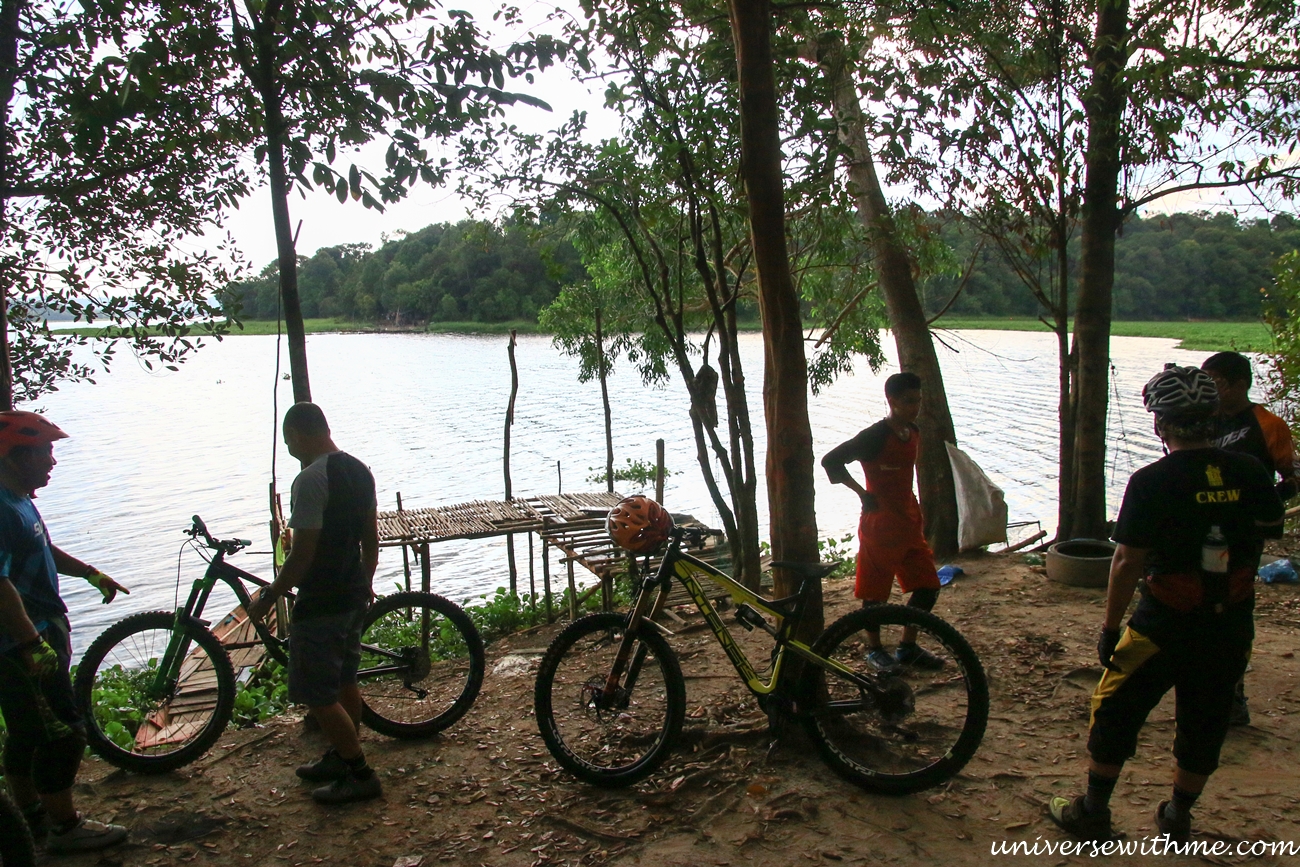 The next thing to do was to have a mountain bicycle. 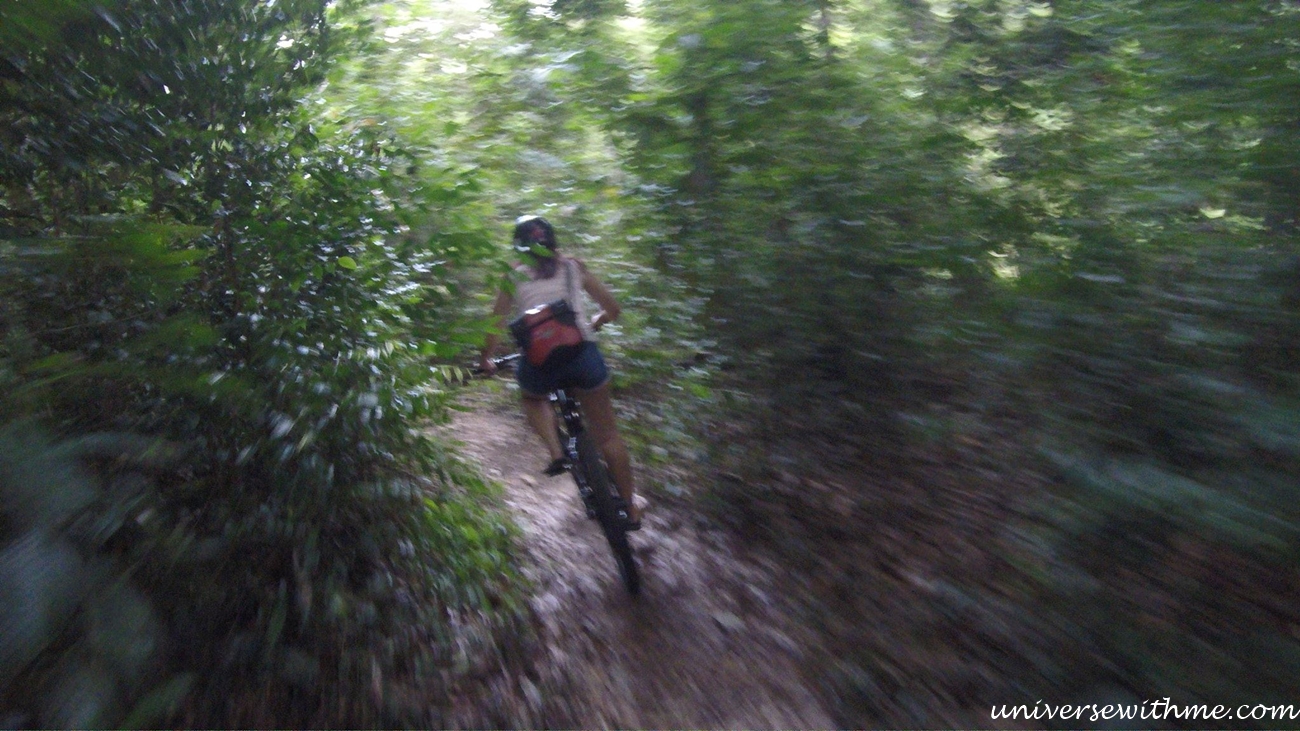 They gave me one of their mountain bike. It was really interesting that there was an amazing bike trail on this small island. I really wanted to recommend my Singaporean friends to visit here with a mountain bicycle.

https://goo.gl/maps/QcKX27uVkEG2
The location is here. (I think this place is called Drak Bike Park) 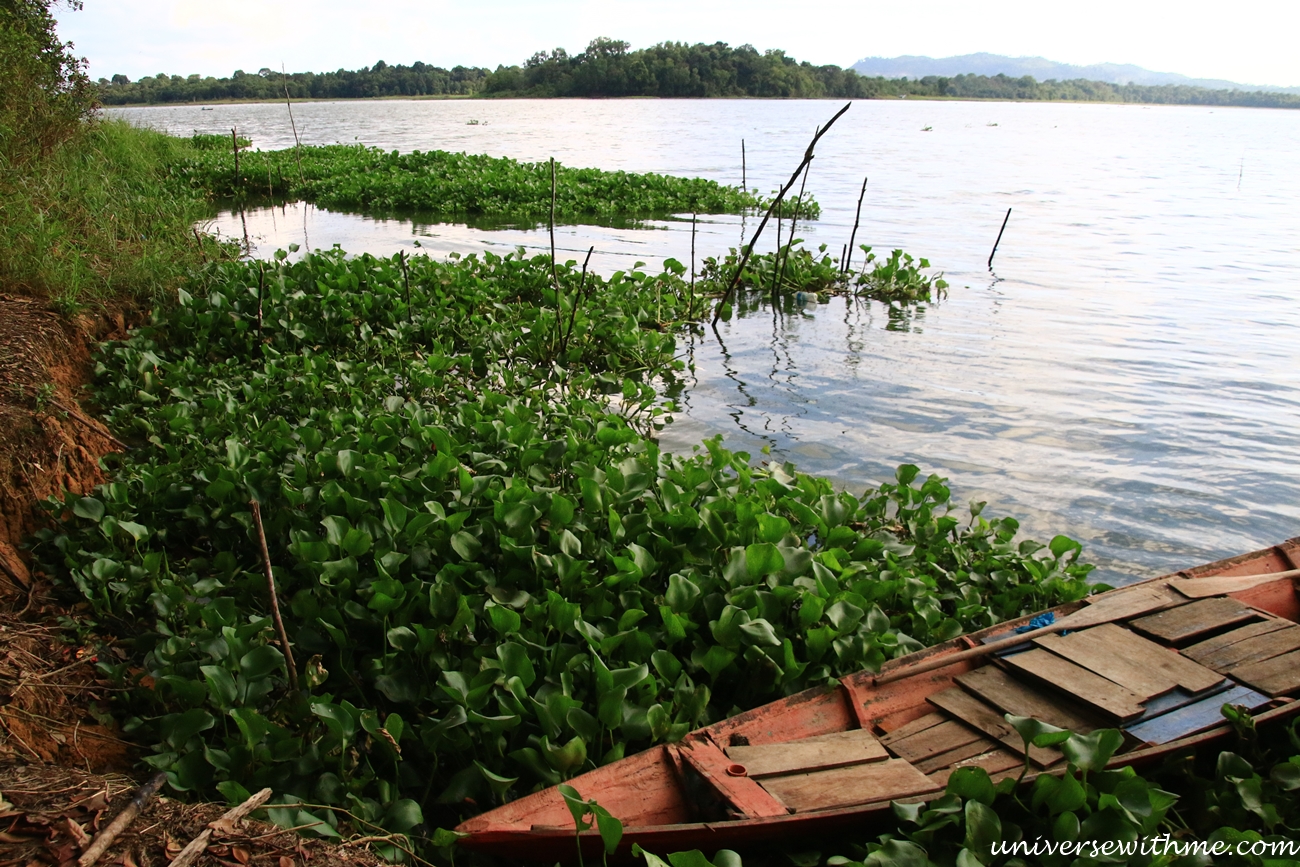 It had a nice landscape too. 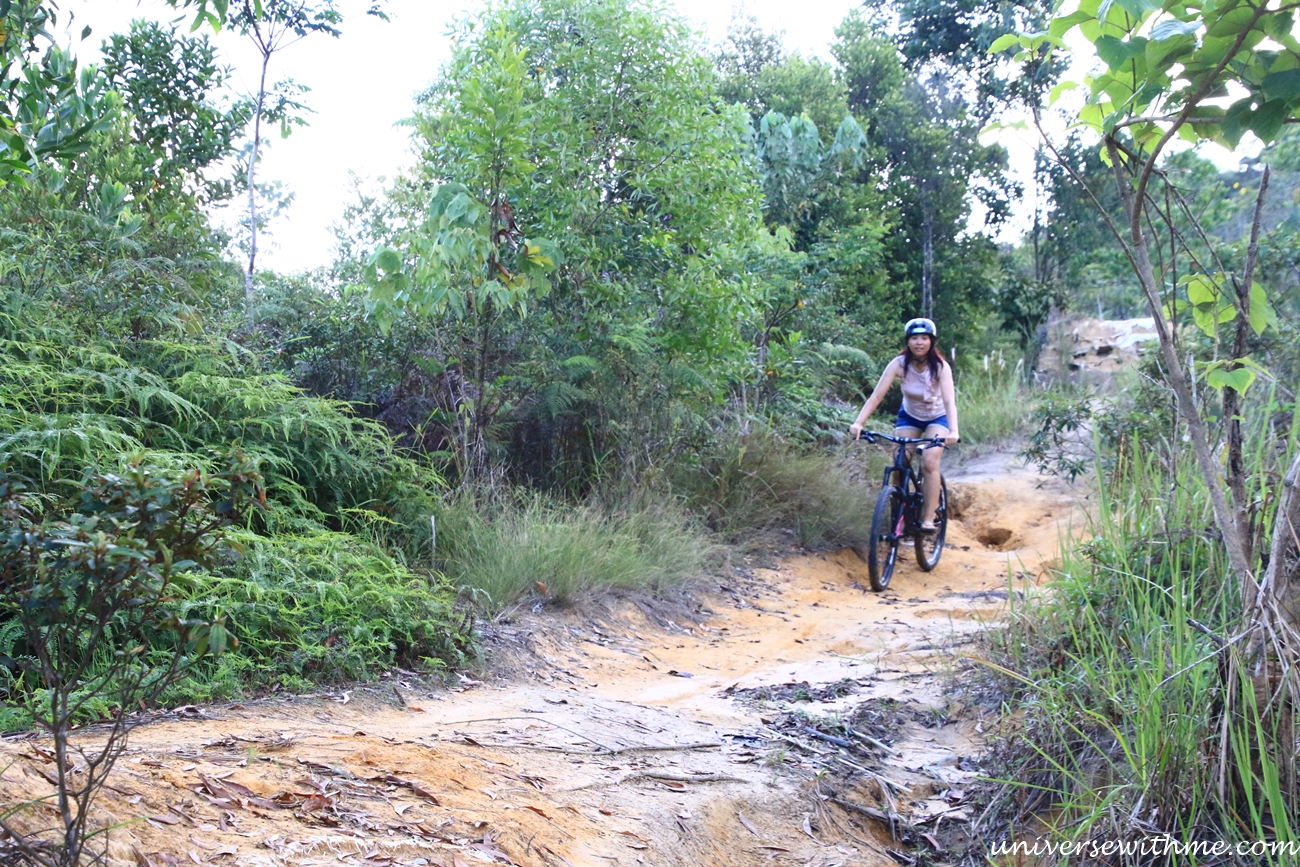 The first time I tried a mountain bike was in LA, the US. And I thought this was the second time. I did love the mountain bike so much that it was so much fun than a road bike. 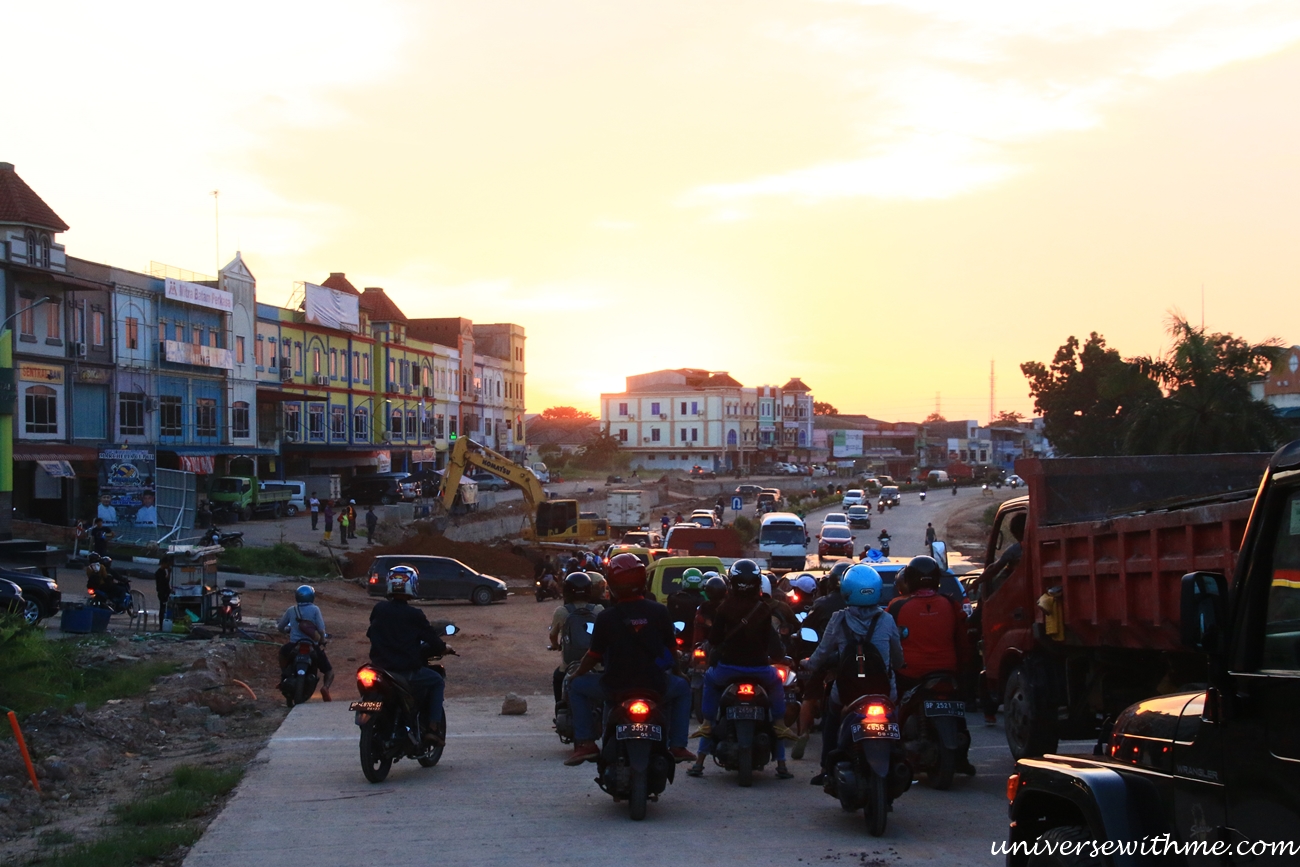 On the way back to the hotel, a local friend gave me a ride. 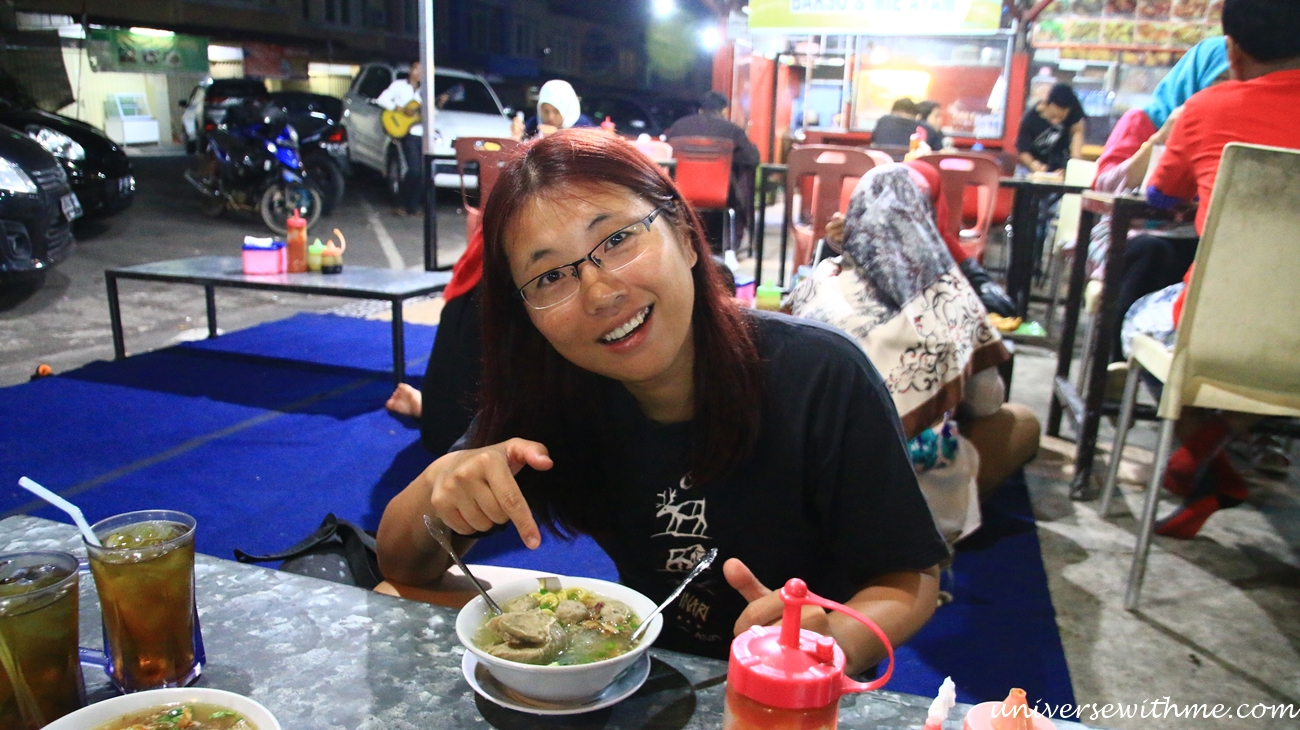 After taking the shower and changing clothes, I had many different dishes with local friends. 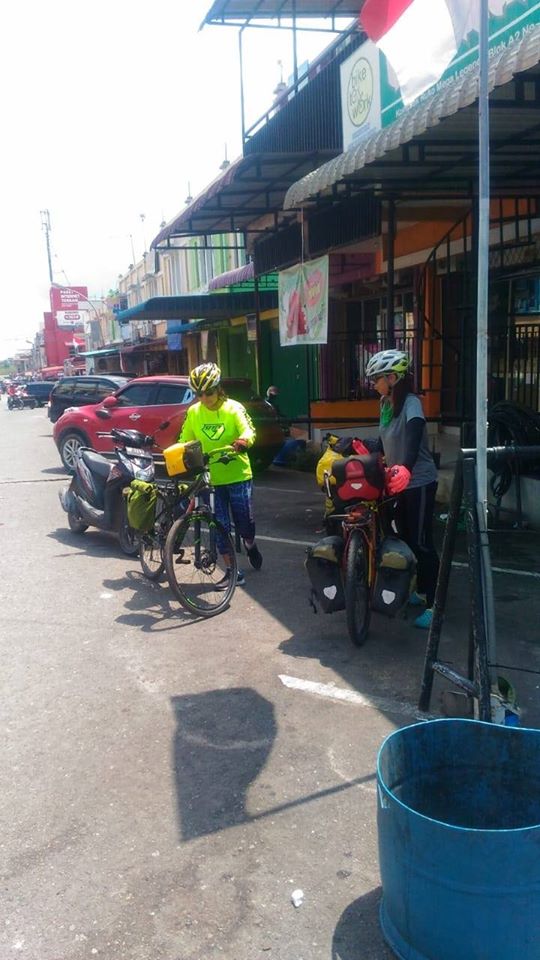 At the next day, it was already time to leave Indonesia. The friend who came to the talk cycled together to the ferry port. 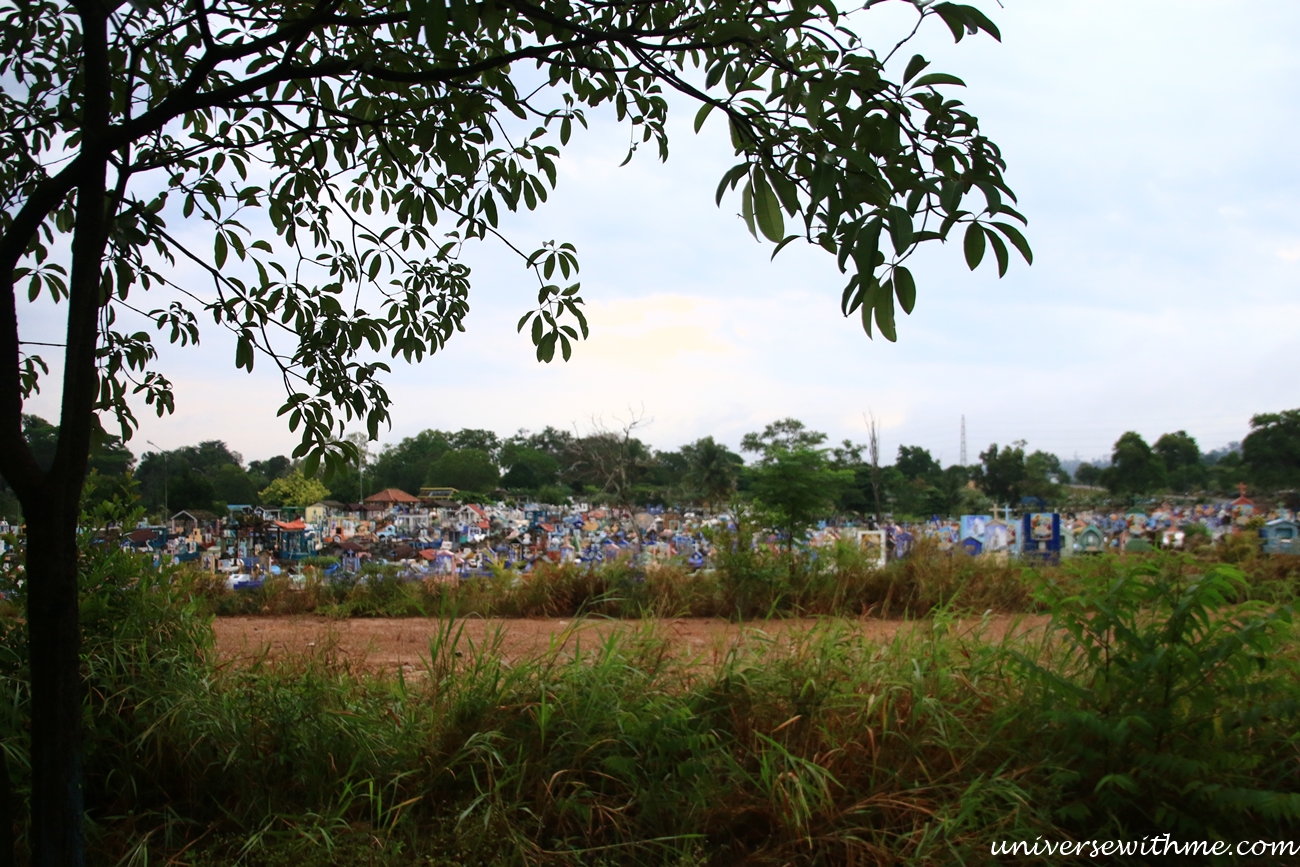 Very colorful cemetery next to the road 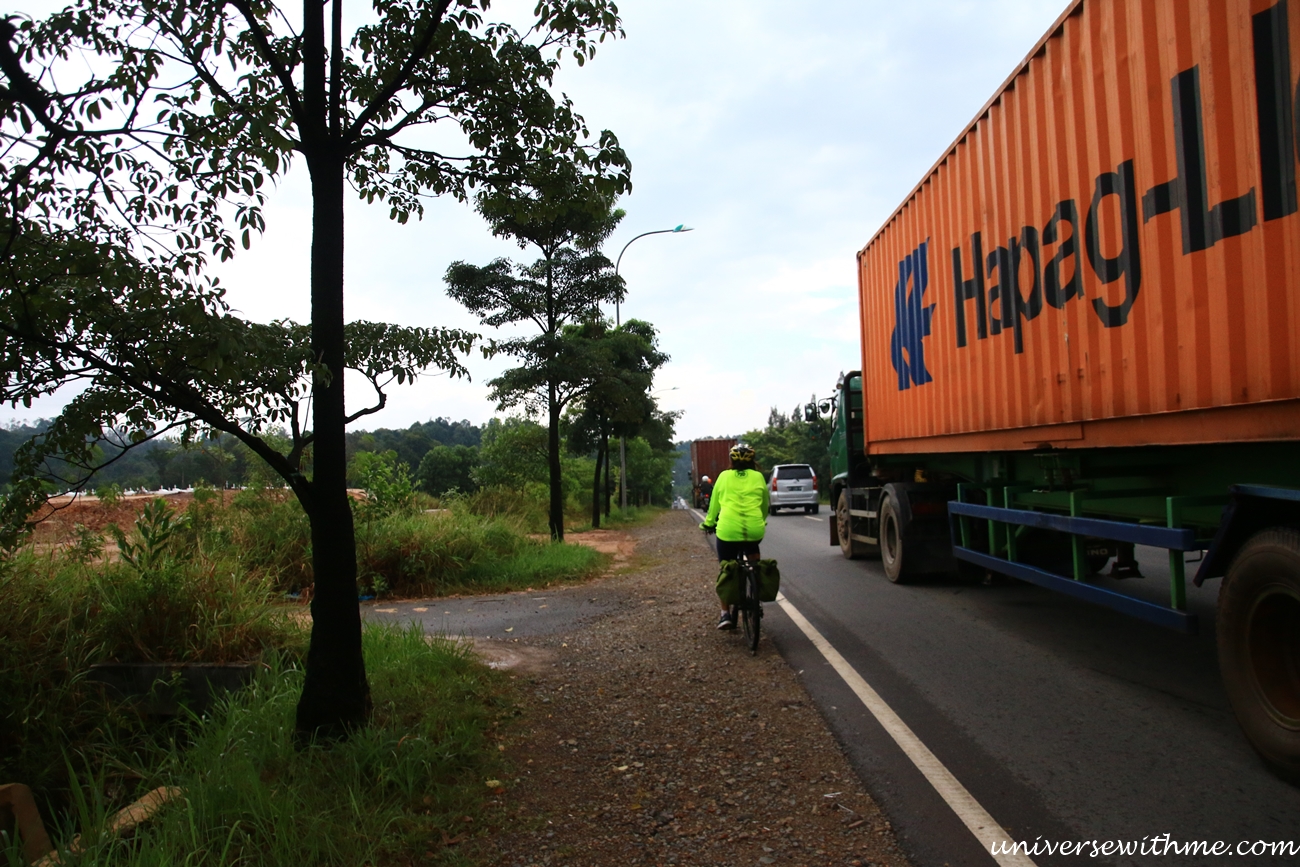 The road was narrow but there was too much traffic that we were pushed to the edge a few times. 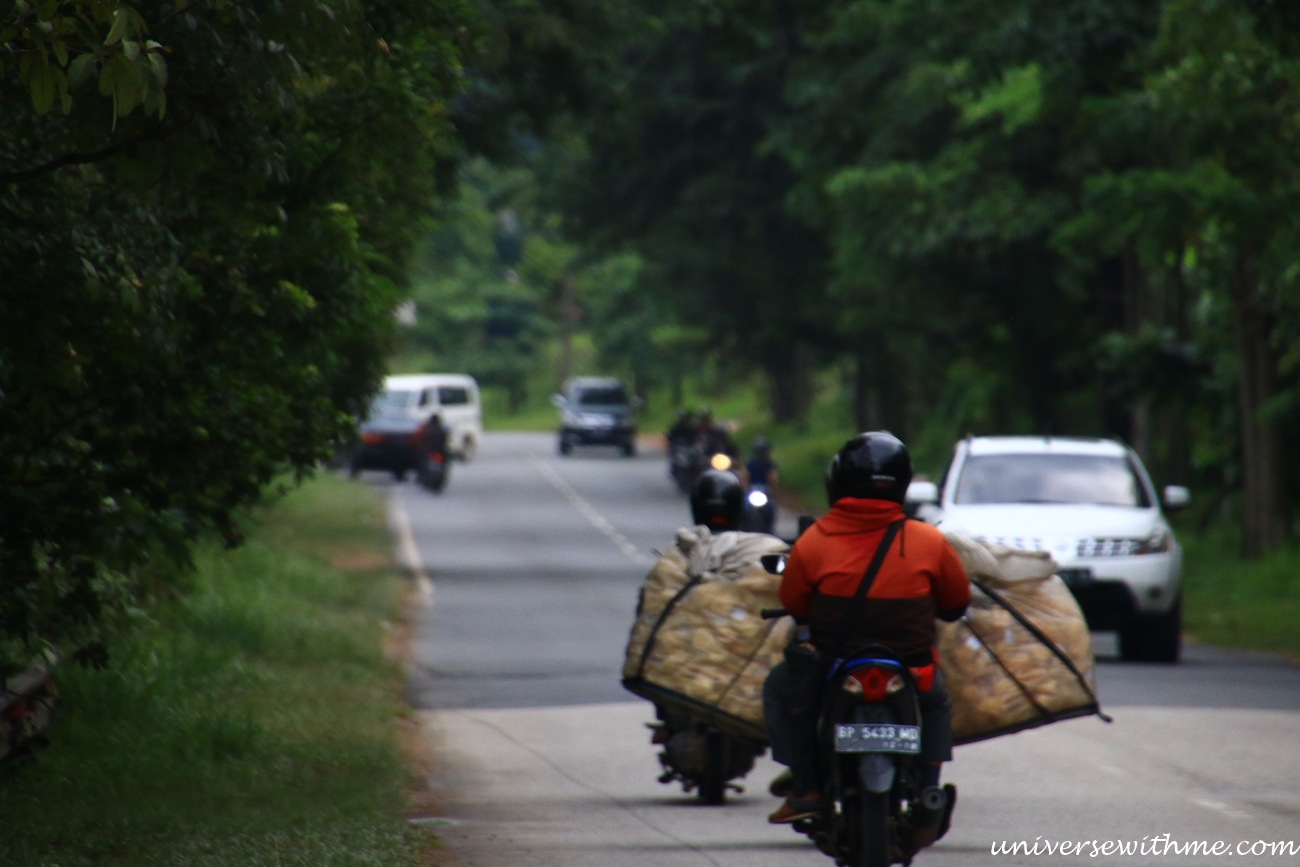 The local people carrying many things 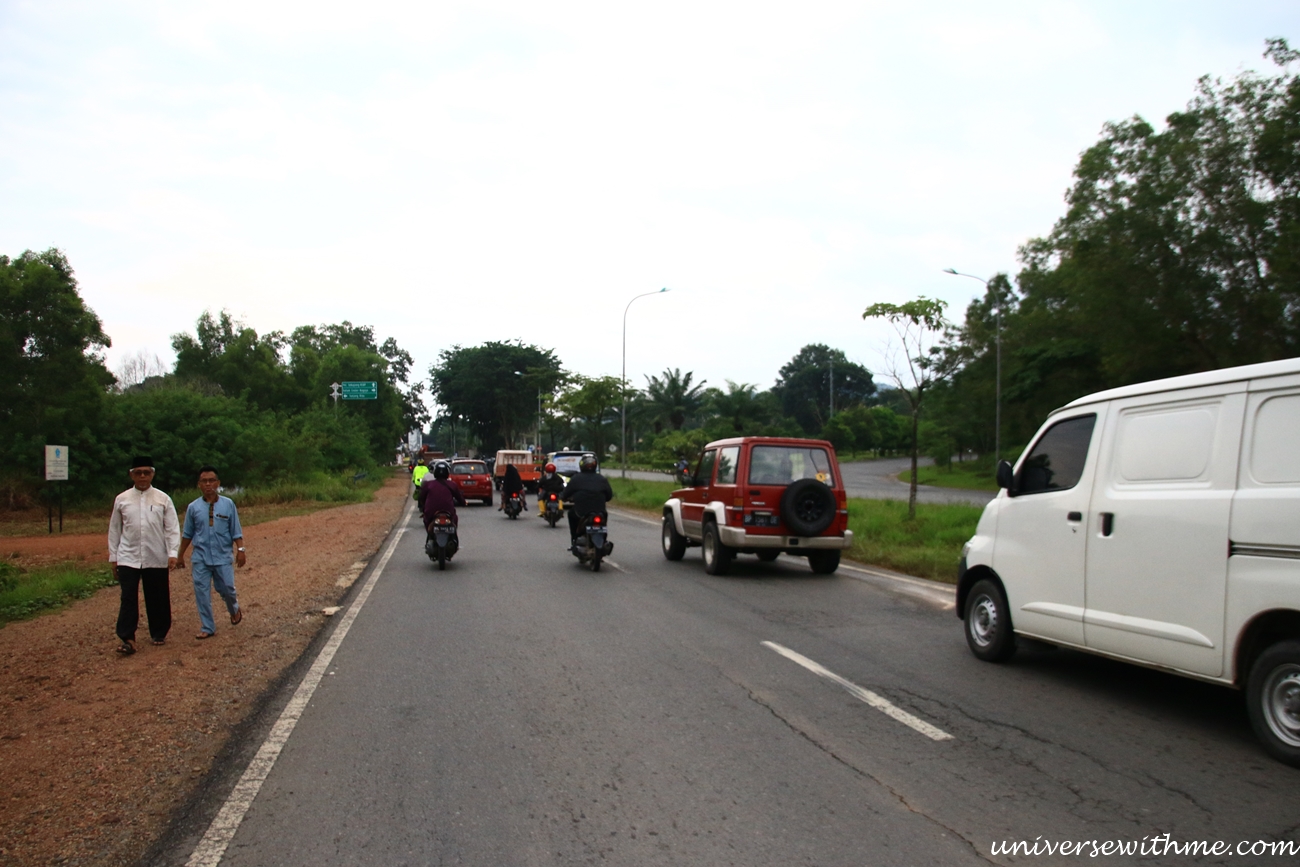 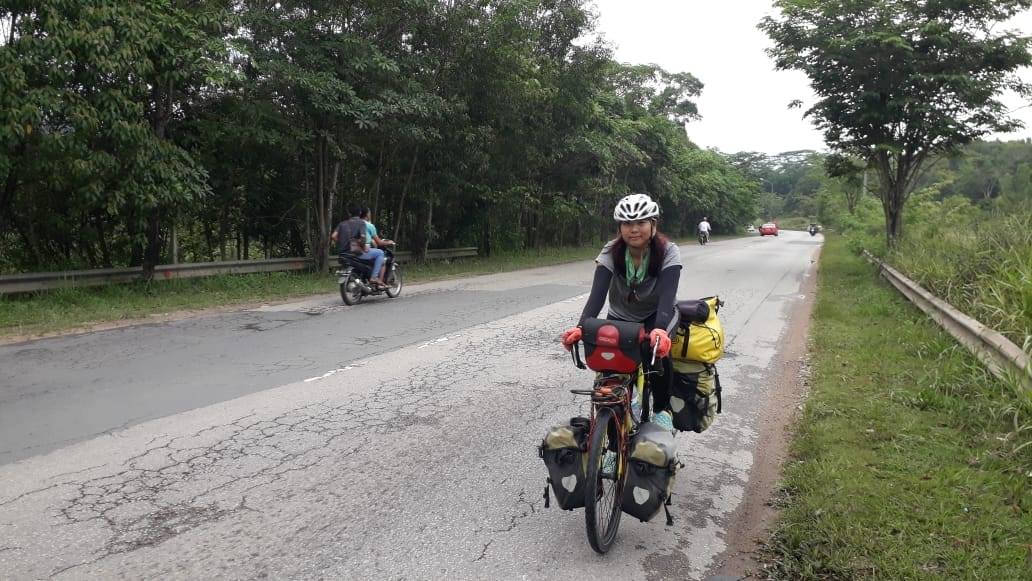 Indonesia was a really big country, but I finished my trip in three days. The one thing I surprised about the country was that they had so many delicious foods. I would love to visit to have more food next time.
I would travel to Malaysia at the next day of arriving in Singapore. I would leave my bike and most of the luggage and take the flight to go scuba diving in Malaysia. It had been a long time I had a vacation. If I traveled without a bike, it’s a vacation for me. By the way, it’s my first time to go scuba diving. I even never swim at the sea properly that I didn’t know I would do well. Nah, everything would be gonna be alright.

Here is my Indonesia Trip Vlog 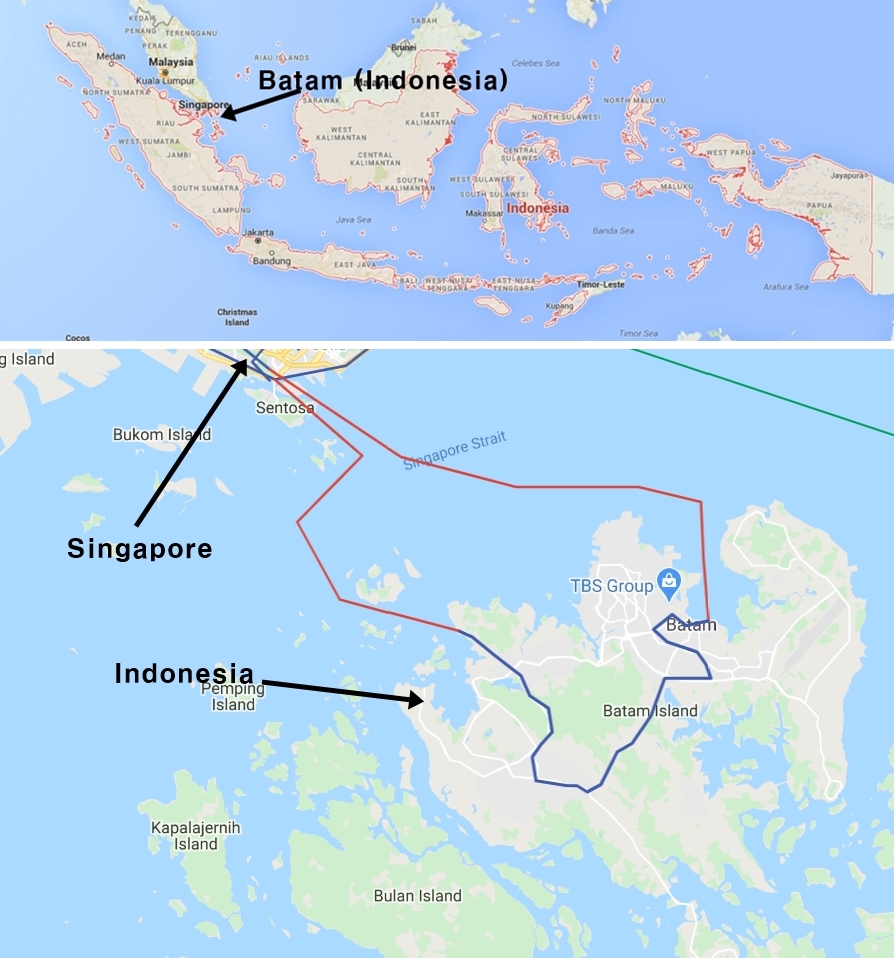 (Indoensia is too big land to show where I cycle. So I crop to show big.)

(Singapore) Everything is more than I imagine.

(Malaysia) Can I do Scuba diving without swimming experience at the sea?

(Australia) I am stuck due to Pandemic. Do I have to give up my dream now?

(Australia) I stayed at the town where aboriginals lived in Canada. And here again Australia. How come?

Hello, it’s Jin from South Korea.
I have been cycling through America, Latin
America, Africa, Europe, Middle East, and Asia since Sept of 2011.
I upload my journal, information, travel tip,
resource, review, and gears on my website.
Thanks!